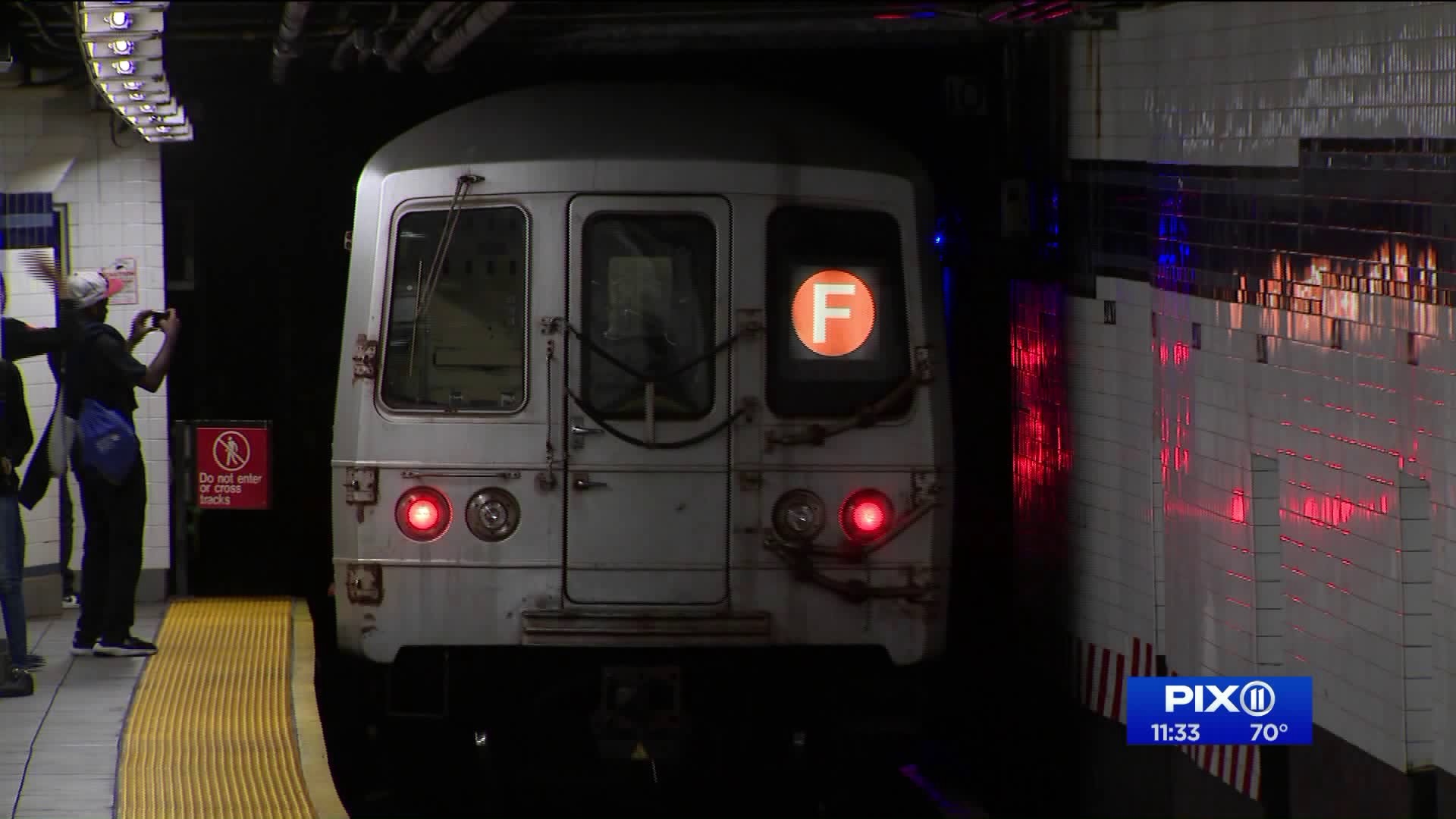 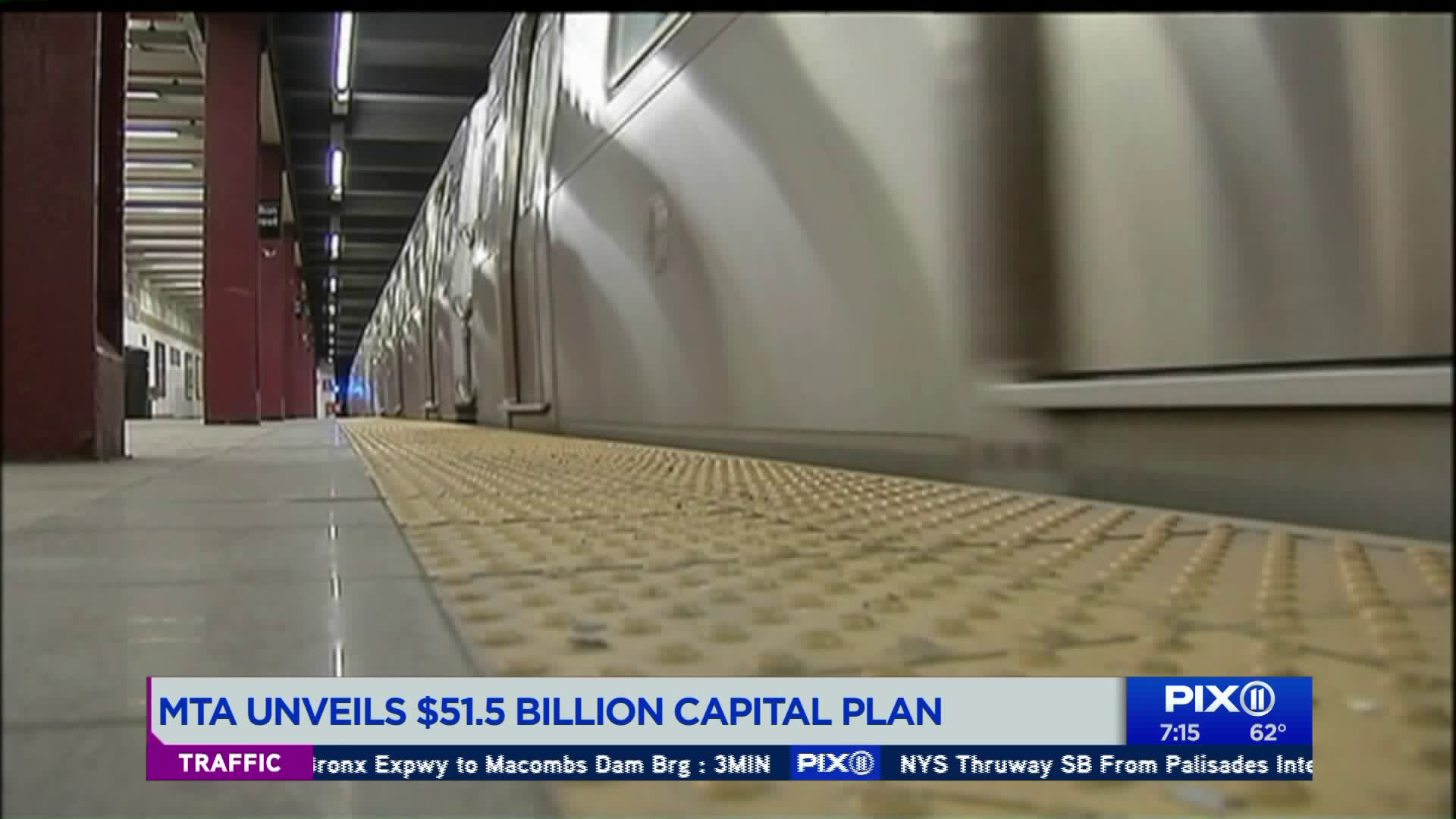 The $51.5 billion proposal is the largest in the history of the agency.

It calls for nearly $40 billion in new projects for NYC Transit. That would include 1,900 new subway cars, 2,400 new buses and new signals on six lines, including the Lexington Line.

70 additional stations will be made accessible. In a statement that listed some of the projects the MTA says the "goal is that no customer will be no more than two stations away from an accessible station."

It includes funding for Phase 2 of the Second Avenue Subway from a mixture of federal and local sources.

The capital plan allocates more than $10 billion for track and station projects for the Long Island Rail Road and MetroNorth.

About $3 billion would be spent for improvements on MTA Bridges and Tunnels. That funding would come from tolls.

The MTA Board reviews the proposal later this month and the public will have a chance to comment. The state and city will discuss how to fund it with federal partners, as well.

Click here to send an email to MTA about the proposal.

Congestion pricing is set to begin in 2021 and that will cover about $15 billion. Additional bond money would be borrowed. Specifics about the congestion pricing plan will be set after the 2020 elections.

“This proposed 2020-2024 Capital Program – the most ambitious capital plan in the agency’s history – builds on the success of the Subway Action Plan, and with new tools such as Design-Build and the reorganization that is underway we’re certain we can deliver for our customers,” said MTA Chairman & CEO Pay Foye.

Every 5 years the MTA goes through this process.

The Permanent Citizens Advisory Committee to the MTA (PCAC) is hopeful about the investments.

"We’re also concerned that the Board will only have a week to consider this $51 Billion plan before voting to send it to the Capital Program Review Board – and clearly missing is how the proposed projects fit into the agency’s 20 Year Needs Assessment, which should be the guiding document for the capital plan, but is nowhere to be found," said PCAC Executive Director Lisa Daglian.

Upgrades for Long Island Rail Road are listed at $5.7 Billion. It will happen, according to the media release, "by the planned December 2022 opening of East Side Access and Main Line Expansion."

East Side Access will allow more than 160,000 daily customers to travel to Grand Central Terminal, saving commuters up to 40 minutes per day. Main Line Expansion will add a third track on 10 miles of the Main Line corridor, used by 40% of LIRR customers.

The railroad say "these projects, along with Jamaica Capacity Improvements, will enable a 60% increase in reverse commute and a 50% increase in peak service between Manhattan and Long Island."

The plan at MTA Bridges and Tunnels (TBTA) would enable construction of the infrastructure needed for central business district tolling and bring safety and traffic flow improvements to the MTA’s crossings. MTA says that TBTA spending is not subject to CPRB approval and is not included the total spending.

Gov. Andrew Cuomo released a statement on the capital plan:

"Last week I laid out my priorities for the MTA Capital Plan, including improving signal technology, increasing accessibility, addressing quality of life concerns, ensuring equity for LIRR and Metro-North Railroad, and upgrading bus service - and I will review the details of the plan to make sure it fulfills those priorities. The Senate Leader, Assembly Speaker and Mayor of New York City must approve the plan in order to move forward as they each have unilateral discretionary veto power. For decades the MTA was mismanaged and underfunded - that is why in 2017 we invested $836 million for the Subway Action Plan and $8 billion in State capital funds and $2.6 billion in New York City Capital funds. The success of that plan is inarguable - it led to the recent 84% on-time performance rate, a six-year high - but its implementation was delayed, and that cannot be repeated with this new plan. We have secured $25 billion during this year's legislative session that will go directly towards the MTA's capital needs outlined in this plan, and I support an additional State investment of $3 billion, to be matched by the City, that will go toward making our subways more accessible. We have an historic opportunity to institutionalize the lessons learned, build on the progress made under the Subway Action Plan and make crucial upgrades so riders get the 21st century transit system they deserve."