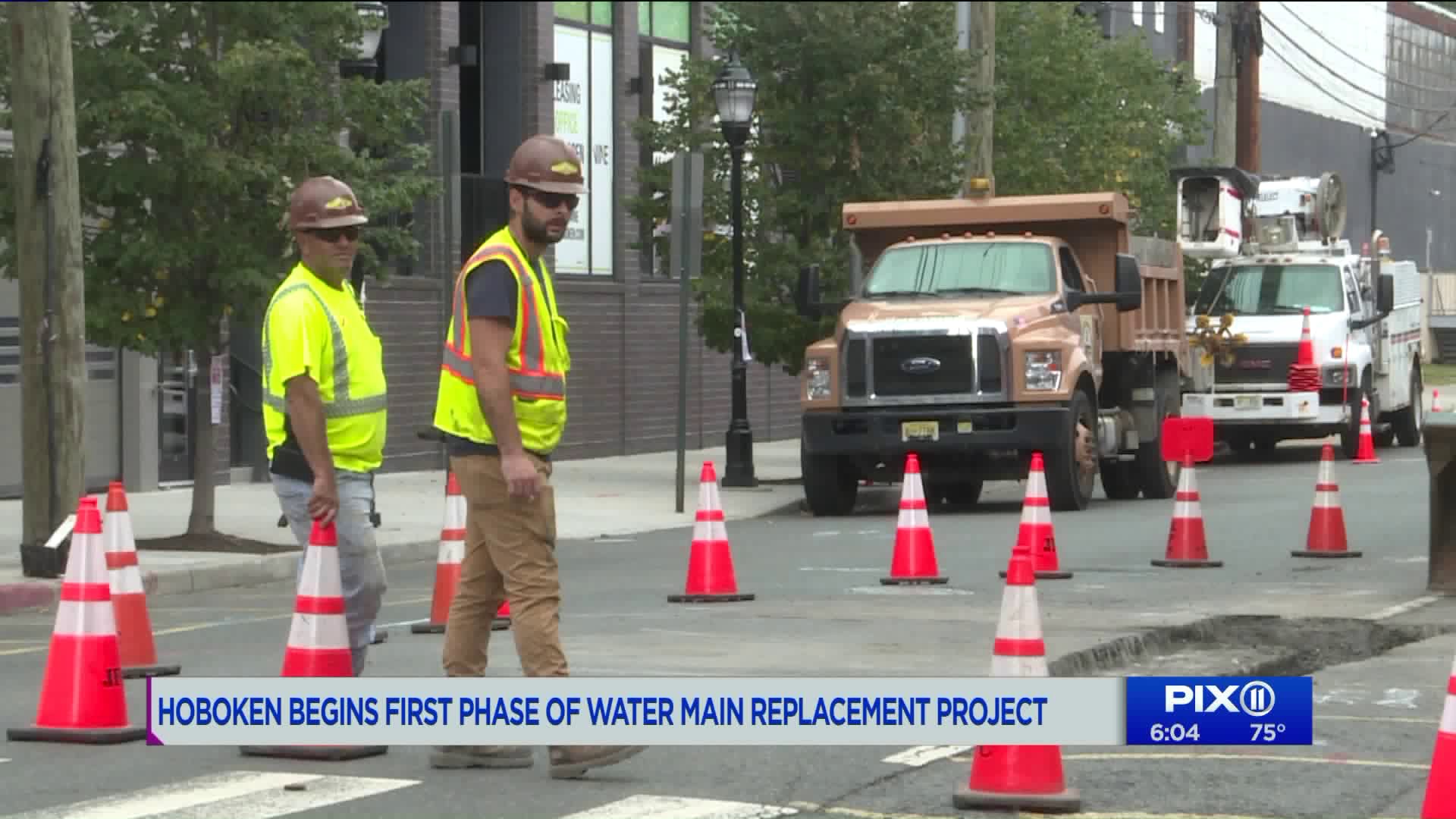 Hoboken has had repeated problems with its water mains flooding streets, cars, homes and even the PATH train station.

"I’m glad they’re working on it," said one resident.

Hoboken is set to put in about 15 blocks of new water mains. They're starting first on Monroe Street between 9th and 10th Streets.

"Our water infrastructure is critical to the strength of our city," said Hoboken Mayor Ravi Bhalla.

Old pipe ruptures have flooded basements - and even created a sinkhole in 2017 that sunk an SUV right into the street.

"I’m hoping that this work resolves all the issues that everyone has been having," said Natalie Rosolowski, who lives nearby where work is just beginning.

Better crosswalks, bike lanes and safer intersections will also be installed as part of the project.

"It offers us an opportunity to make upgrades to our pedestrian safety program," said Mayor Bhalla.

Construction is expected to run for about eight months with the first phase of the project concluding in spring of 2020. There will be some street closures throughout the project. But the city is not anticipating any interruptions to water service.

The city’s ultimate goal is to replace almost a fifth of their entire water system by 2034.