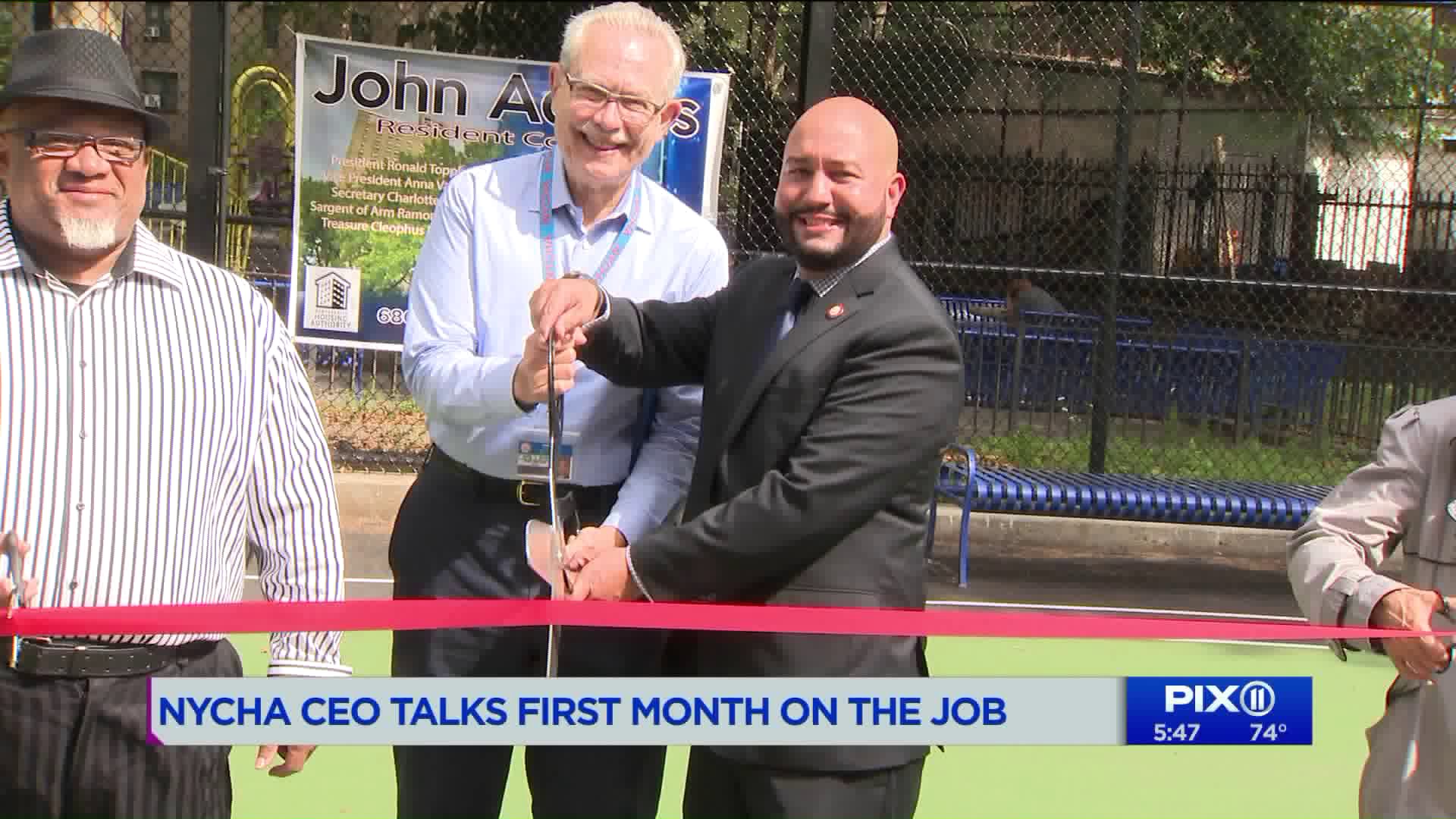 Gregory Russ, who was CEO of Minneapolis Housing, started at NYCHA in August.

WOODSTOCK, the Bronx — After two years of planning and building, a new basketball court in a Bronx public housing development opened up Monday.

The court is in the heart of the Adams Houses in the Bronx. A half a million dollars was invested in the new basketball court.

“This is really symbolic because look at this. It's beautiful. The rest of the property can be the same way as this court,” promised new NYCHA CEO Gregory Russ.

“The kids couldn’t wait to get in here,” said Topping.

Topping pushed NYCHA for the new court after a mother of three was gunned down in a nearby Adams Houses park.

Councilmember Rafael Salamanca says it took years, but the tragedy has now turned into tangible action.

“What’s really exciting about this basketball court, we got lighting and a scoreboard,” said Salamanca.

Russ said the court is a small victory in a huge battle to finally fix NYCHA.

“Some of this stuff is beginning to take hold. We know we can do better and we will,” said Russ.

Russ admits the hardest part is overcoming a $32 billion capital need, but he promises that one hundred days from his start, families will see change.

“I’m going to be out visiting more and get to meet more of them and meet with staff because they have good ideas as well,” promised Russ.