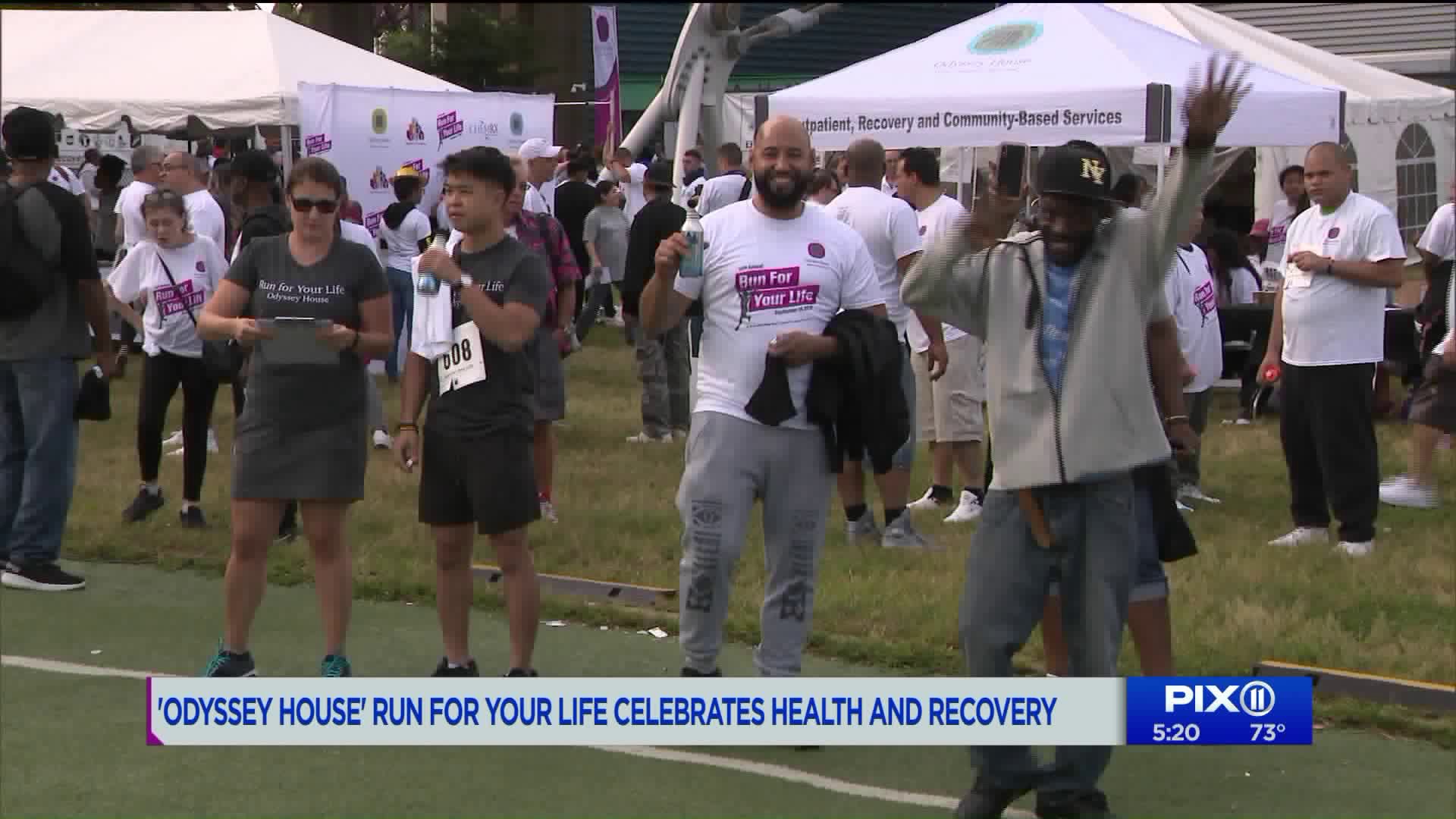 The opioid crisis is the biggest health emergency the country has ever faced. One New York-based entity that`s had success in fighting the crisis over addiction brought together hundreds of people on Saturday who it`s helping, and PIX11 News gave a major assist.

RANDALLS ISLAND, Manhattan — The opioid crisis is the biggest health emergency the country has ever faced.

One New York-based entity that's had success in fighting the crisis over addiction brought together hundreds of people on Saturday who it's helping, and PIX11 News gave a major assist.

Odyssey House is a 52-year-old organization that provides drug treatment, housing, job training, childcare, and other programs for its thousands of clients in New York City. One major aspect of its treatment regimen is physical fitness.

On Saturday, the organization held its 14th annual Run for Your Life.  It featured a variety of activities for families and individuals to engage physically, including a fun run, a pull up contest, a Zumba class, and a double dutch jump rope demonstration, among others.  The main event was a 5K run.

PIX11 News reporters have emceed the event for years. This year, reporter James Ford was the master of ceremonies.

It was more than just activities, however. Run for Your Life is a public gathering that brings together many of the organization's various programs.

"It makes me feel like... people that have addictions are not alone," said Hector Dominguez, an Odyssey House client.  He said that seeing the hundreds of other clients in a positive setting was a reminder that "there's a lot of support out there, a lot of great people supporting this cause, and I feel that it's going to help a lot of people for years to come."

Peter Provet, the president and executive director of Odyssey House, said that the event showcases the program's positive results.

"We're trying to show New Yorkers, and really the whole country, that treatment works," Provet said in an interview with PIX11 News.

"Treatment can bring people together," he continued, "and treatment is something we need to celebrate and frankly, fund at a much higher level."

Odyssey House was founded in New York City in 1967.  Since then, its methods of helping people overcome addictions have resulted in the openings of Odyssey House centers in a number of other locations nationwide and worldwide, including in Louisiana, Michigan, Texas, and Utah, as well as in Australia and New Zealand.