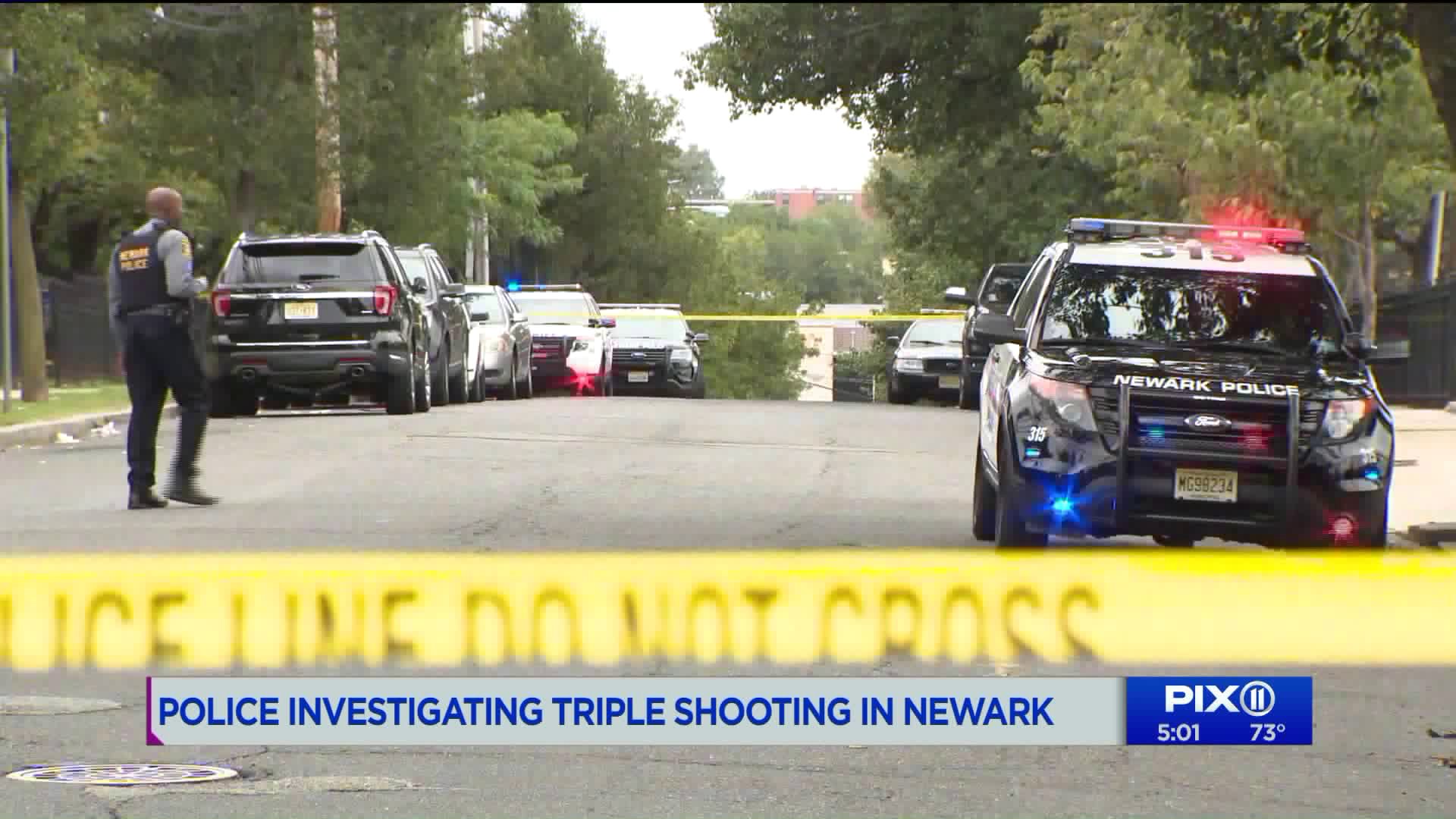 Rob Hoell reports on the breaking news from Newark. 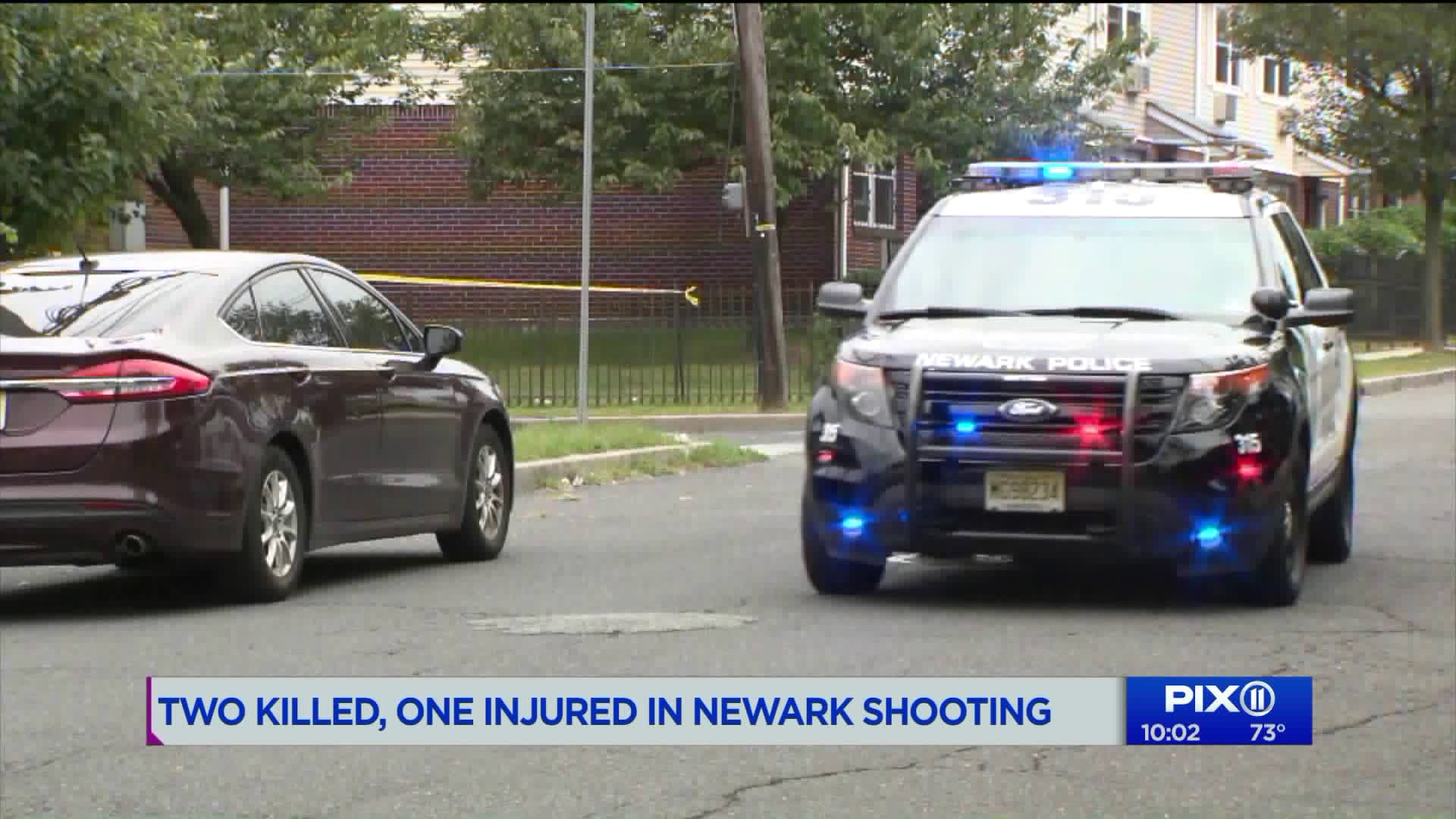 NEWARK — A heartbreaking scene unfolded Saturday as family members cried out after two people were gunned down on Lincoln Street in Newark.

Three people were shot: two men were killed, and a woman was injured, according to the Essex County Prosecutor's Office.

Jasson Duffy and Hassan Ward, both 30, were sitting outside when they were approached by someone who shot them both, authorities said.

Authorities believe Duffy and Ward were targeted in the shooting, while the woman was an innocent bystander and appears to have been hit by a stray bullet.

Through the chain linked fences, we could see orange cones marking several shell casings in the street.

Earlier that day, the street was filled with young children on bikes, ending a late summer afternoon — that took a turn as heavy police activity filled the streets.

"I walked up and I heard my baby cry," said a shaken Deborah Rollins. "Then I see the man lying in the street."

She lived right next to where one of the victims died.

Dozens of police officers combed the area looking for evidence that will hopefully lead them to the shooter or shooters.

The Newark police department says the eruption of gunfire today shattered a peaceful stretch in the city that spanned 35 straight days without a homicide.

Police said it has been a relatively quiet summer with only five murders before today's double murder.

Residents say one homicide is one too many.