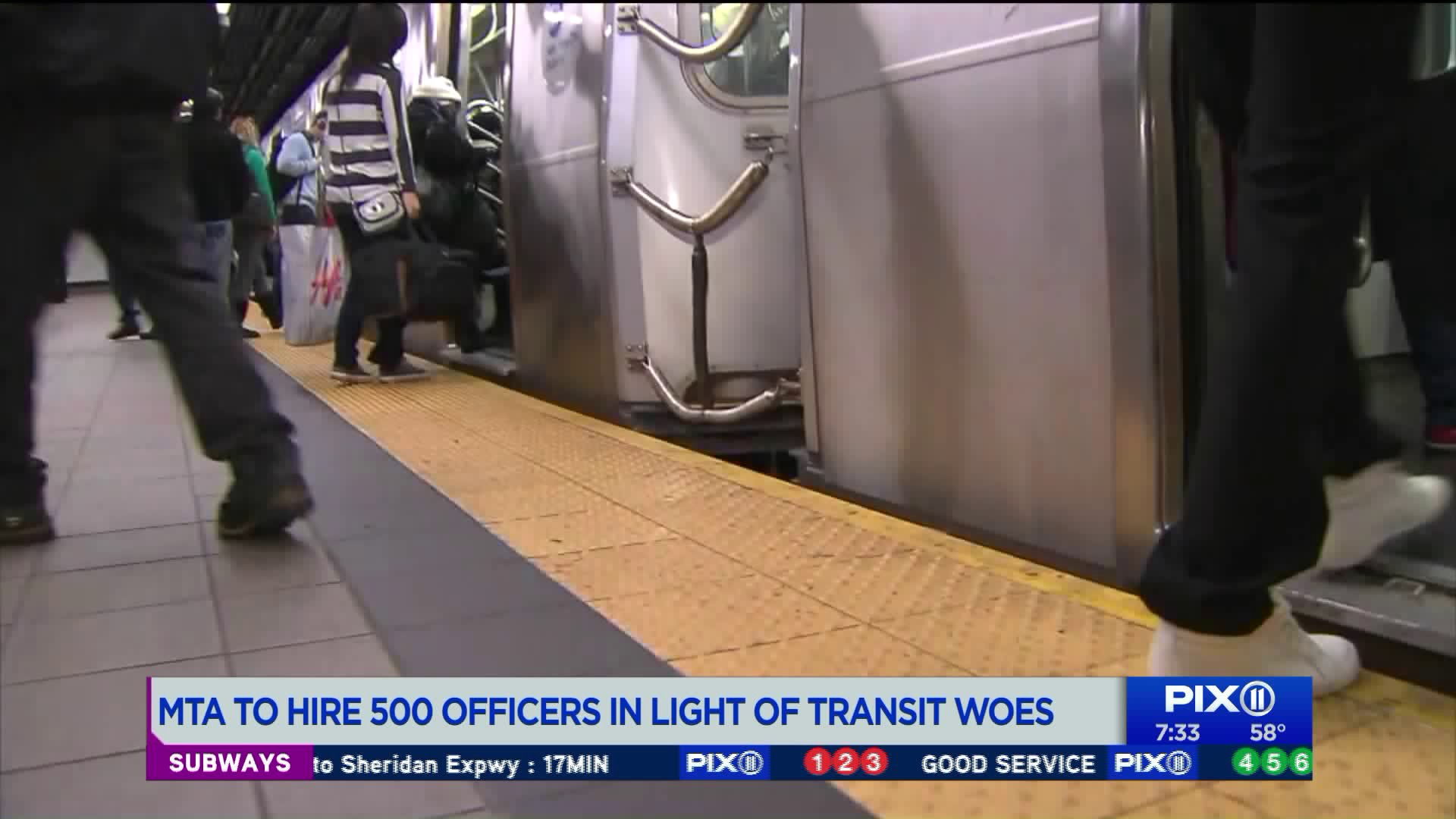 The MTA is planning to hire about 500 new transit cops as they continue to fix issues in the system impacting the "quality of life."

NEW YORK — The MTA is planning to hire about 500 new transit cops as they continue to fix issues in the system impacting the “quality of life.”

Transit cops will be hired work to battle the increasing number of fare evasions and assaults on workers, as well as tackle the homelessness crisis to better the quality of life of all commuters.

New officers will wear uniforms and work alongside hundreds of NYPD transit officers.

Just recently, it was published that reports of soiled subway cars are on the rise, which has slowed down service.

Passengers have reported everything from coffee spills and beer-covered seats to bodily fluids in the subway cars. Homeless people are also known to take over portions of subway cars.

Earlier this year, a train was taken out of service because of a “strong odor.”

The hiring process can take anywhere from eight months to three years or more, according to the MTA. The hiring is expected to double the number of transit cops.