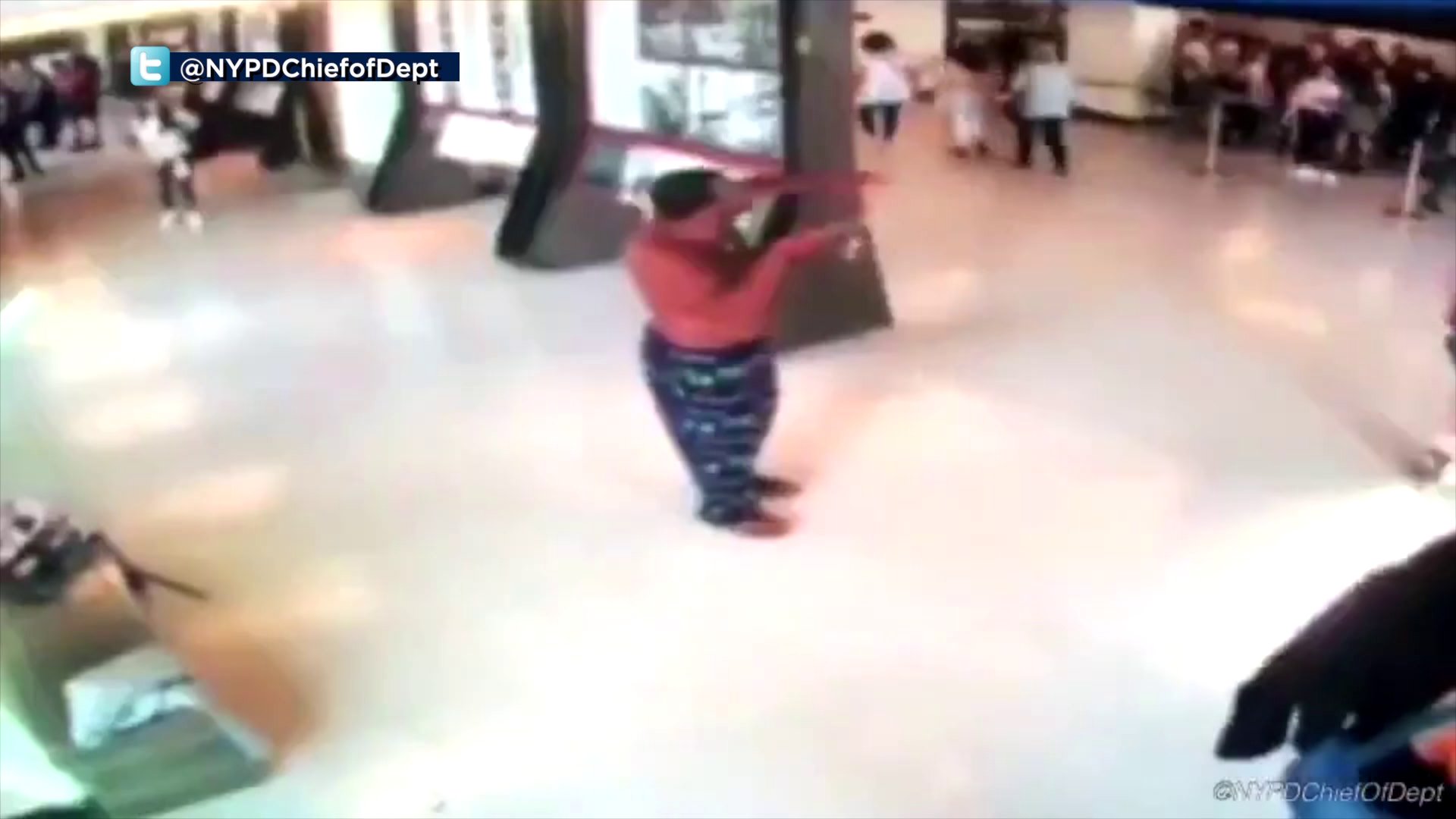 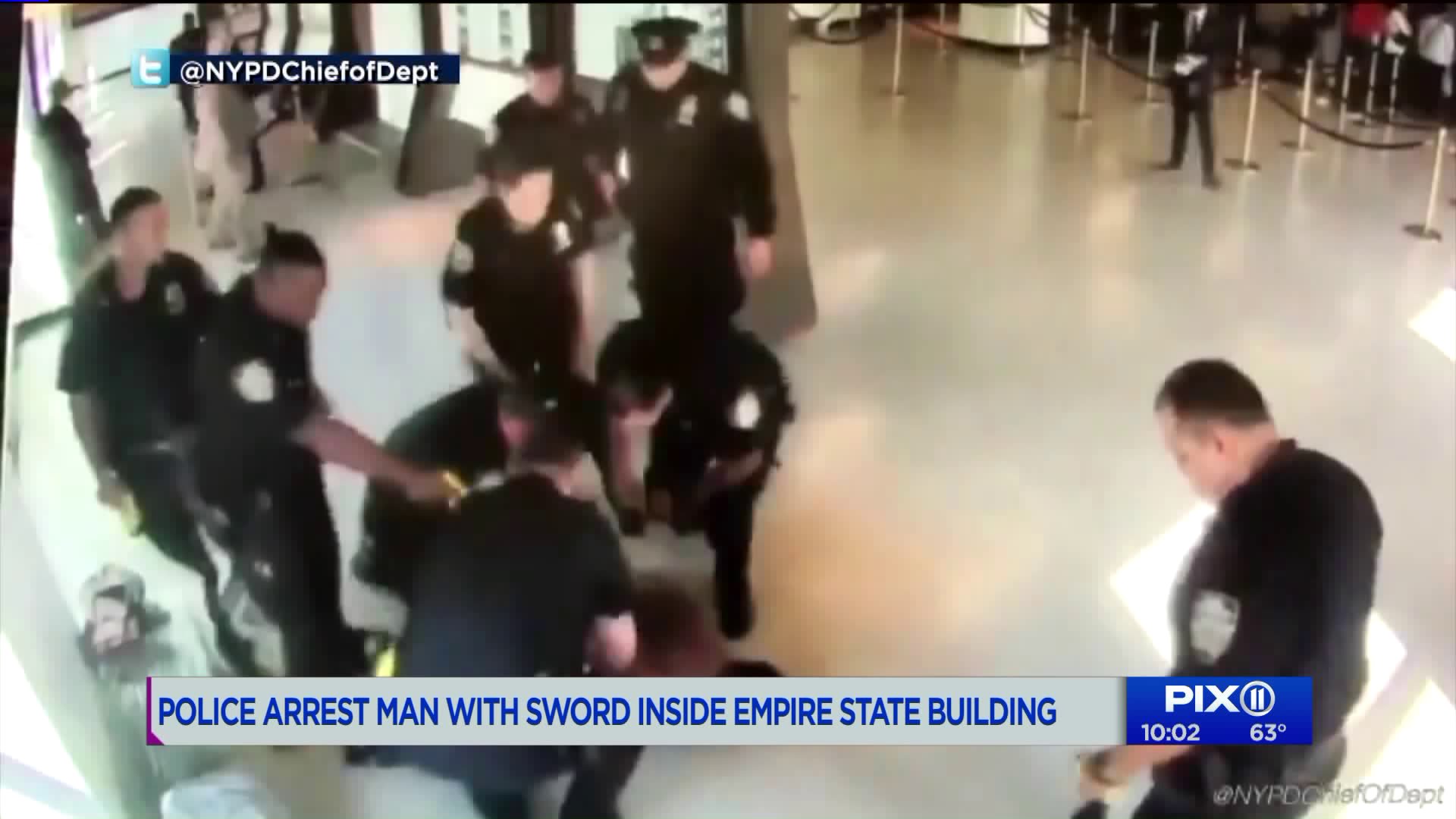 MANHATTAN — It was a packed observation deck on the 79th floor of the Empire State Building at 4:30 p.m.

Police escorting the man from the Empire State Building.

That’s when police say a shirtless man began swinging a detached, concealed sword within a walking cane. He was swinging it erratically and mumbling about suicide and threatening to kill himself, according to eyewitnesses on the observation deck.

Police have identified the man as 35-year-old Matthew Dixon of Lorton, Virginia.

Eyewitnesses say the ordeal lasted about 10 minutes before the NYPD was able to subdue a person they described as emotionally disturbed. The 35-year-old man was eventually handcuffed, strapped to a chair and led out of the Empire State Building. He was taken to Bellevue for psychiatric observation.

The man has not been charged with a crime.