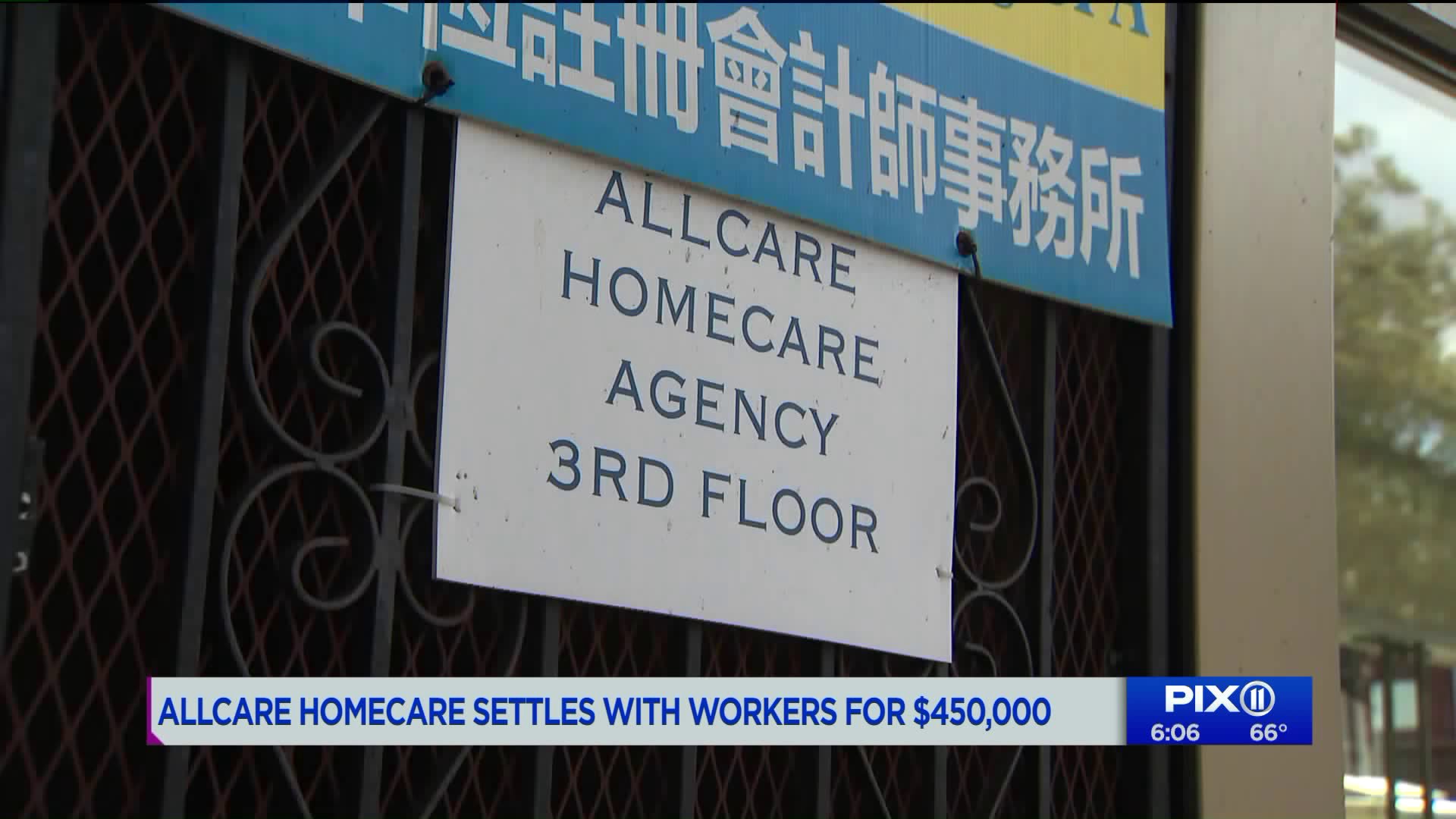 A home health aide company has made a settlement to pay workers backpay and benefits following accusations of wage theft and threats to immigrants. Allison Kaden reports.

"Our investigation found that in not paying the home health aids the amount they were actually owed, the company was violating New York labor law," said New York Attorney General Letitia James

Allcare Homecare, based in Midwood, Brooklyn, is accused of threatening some of its employees with deportation when they complained. More than 100 of their workers will now be paid $450,000 in cash and benefits.

Sileni Martinez spoke through a translator and said she, "was paid for 13 hours for 24 hour shifts."

"Home care workers are among the most vulnerable of New York's workers," said Tito Sinah of TakeRoot Justice, "the majority of whom are low wage and women of color, who are subject to unpaid wages, unpaid overtime and 24 hour shifts."

And the 13 workers who alerted the attorney general's office will also get about $8,000 each for emotional distress.

Governor Andrew Cuomo signed legislation this past summer that makes it illegal for employers to threaten workers with deportation.