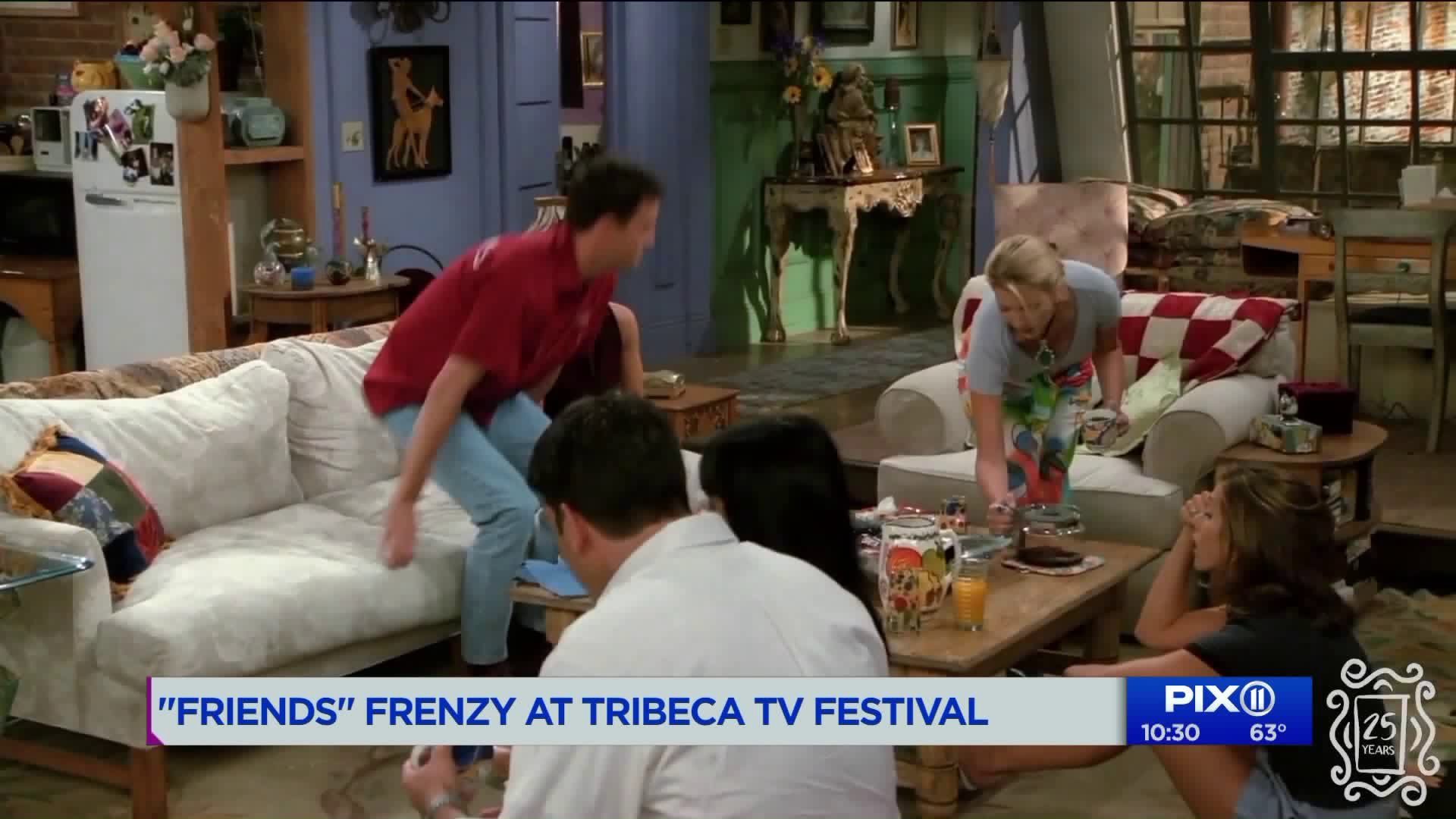 Classic TV sitcom "Friends" was honored at the Tribeca TV Festival tonight. "Friends" is celebrating its 25th anniversary. The three executive producers of the show walked the red carpet and talked to PIX11 about how the show has lived on.

TRIBECA – Classic TV sitcom "Friends" was honored at the Tribeca TV Festival tonight. "Friends" is celebrating its 25th anniversary. The three executive producers of the show walked the red carpet and talked to PIX11 about how the show has lived on.

The show premiered in September, 1994, taking television audiences by storm. It turned into one of the most successful sitcoms in television history, lasting 10 seasons.

"David Crane and I were part of a group of six people who lived in New York after we graduated college," said Marta Kauffman. "We tried to get our lives going it was like the show, it was that time in our life when our friends were our family."

Marta Kauffman and David Crane wrote the show by channeling their own experiences and along with Kevin Bright, the trio turned the show into a pop culture phenomenon. All three are former New Yorkers.

PIX remains that, airing reruns of 'Friends' every weeknight at midnight and reaching a new generation of "Friends" viewers.

"You're just happy getting viewers when you're making the show let alone 25 years later. It's crazy it's fantastic and that's actually probably my favorite thing kids are discovering the show now," said Crane.

The characters Monica, Rachel, Ross, Chandler, Phoebe and Joey became household names, as did the actors who played them. Some would say the seventh friend is New York City. The characters ups and downs in work and romance resonated with viewers.

"The feeling of New York and 'Friends' is a genuine one because all three of us are ex-New Yorkers this wasn't written by a bunch of people in California who have never been to New York before," said Bright. "We're proud of representing."

At the Tribeca TV Festival, Friends was being honored with a special screening of some of the sitcom's most memorable episodes. The three executive producers held a Q&A session after the screening. Actor David Schwimmer, who played Ross, was a surprise guest at the screening.

30 replicas of the iconic couch seen in the Central Perk Coffeehouse will be popping up all over the world. The creators say it will be one way for viewers to connect with the show from Tribeca.