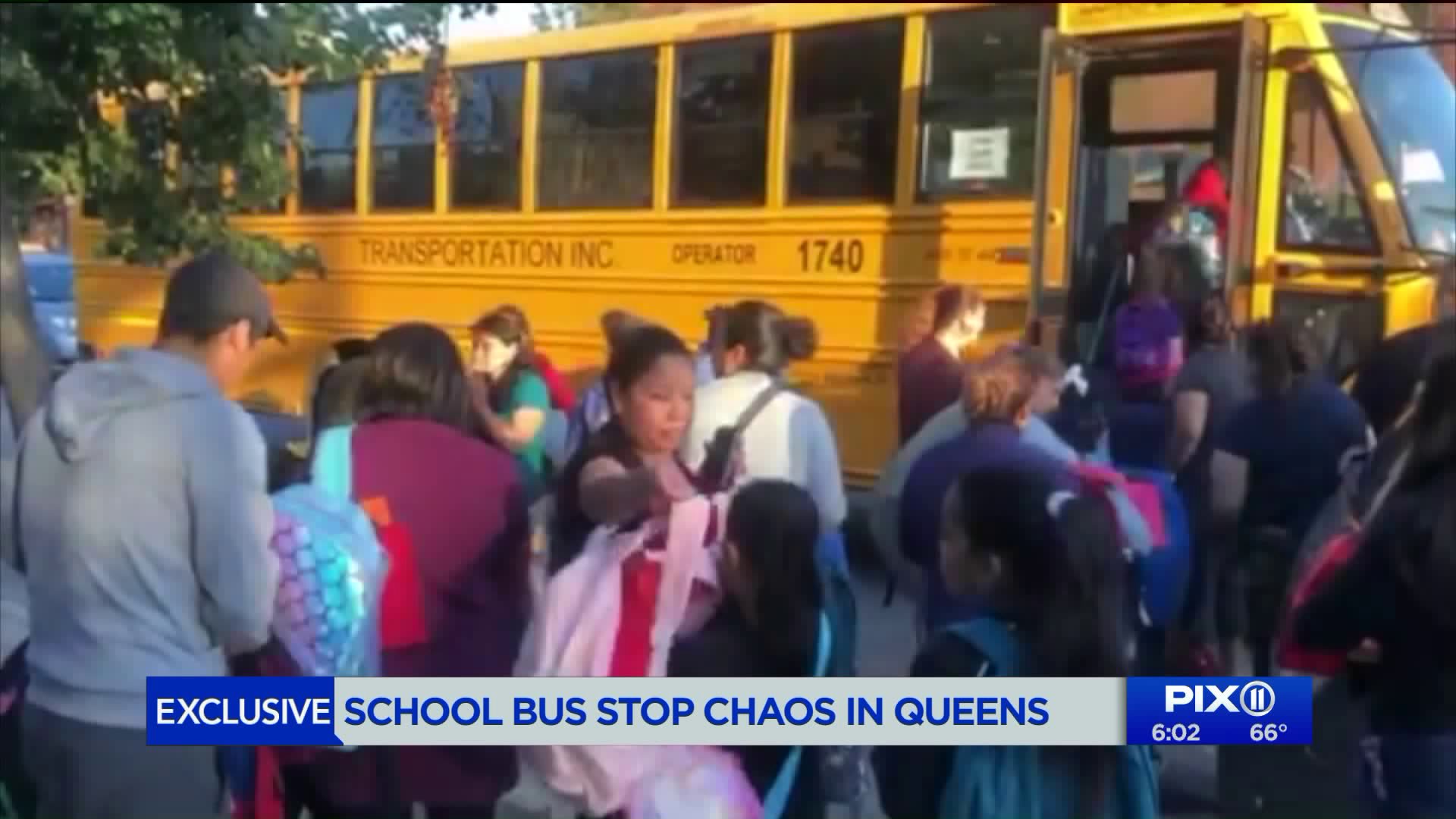 A Corona bus stop remains a bad experience for a lot of the kids who are supposed to pick up their bus.

Getting your child to school should be an easy task, but according to parents in Corona, Queens, there has been anxiety every morning since the first day of school, not knowing if their children will be able to get on a school bus or if they’ll get there safely.

“I don’t understand what’s happening,” one parent told PIX11 Friday, saying the first days of school have been nothing but chaos.

“We have problems, only one bus for a lot of kids,” said Ellen Sebilla, who was standing near the bus stop on 37th Avenue and 111th Street. Her son goes to PS 143.

“The kids are standing in the bus, three kids share each seat.” She says getting him on the bus at the corner of 37th Avenue and 110th Street has been scary, saying he barely gets on, and when he does he has to share one seat with two other students.

Bulmaro Diaz says his nephews don’t always get on.

“I have to take them to school myself when they don’t get on.” He says while the bus drops them back after school around 2:30 p.m., sometimes he’s standing around waiting for them until 4.

This comes just one day after outrage at a nearby bus stop on 38th Avenue 108th street. PIX11 cameras capturing students stranded, many of them forced to take trains and cabs after they couldn’t get on a bus because it was already at capacity.

The Department of Education quickly added an additional bus to the route this morning, and a safety officer on the bus.

As for the chaos on this Corona corner, we’re told there were two buses that got all the kids to school on time Friday morning, but because of the demand, they’re going to have both buses arrive at the bus stop earlier, at 7:15 a.m., beginning Monday.

“They said it takes awhile to get things settled down we’re hoping everything gets better,” said another parent.