Worker fatally falls from cherry picker when hit by truck in Queens: police 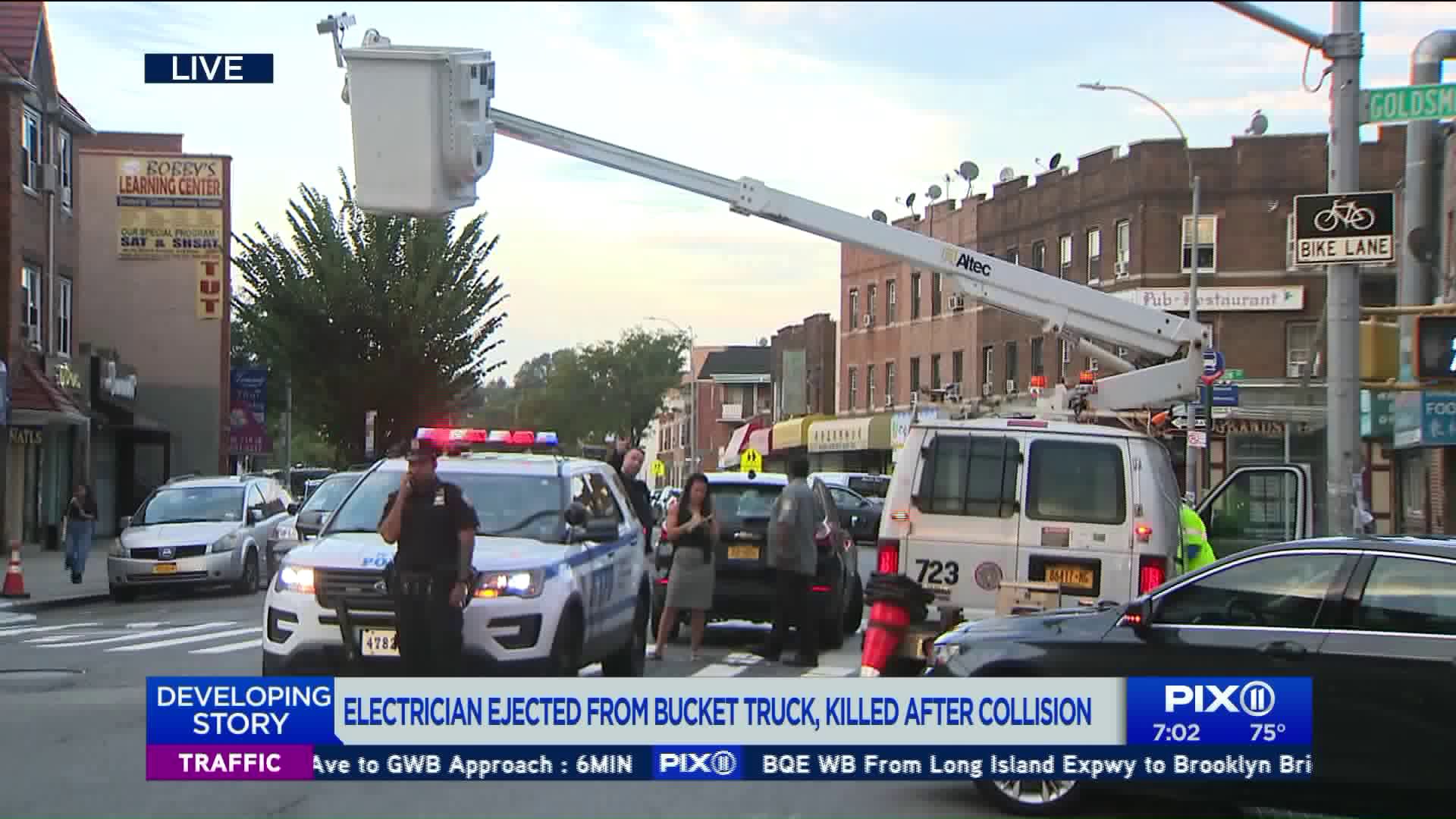 A 59-year-old man who worked for an electric company that fixed city street lights was killed when a truck struck the cherry picker crane he was in early Thursday in Queens, authorities said. The man was working in the bucket of the cherry picker around 3 a.m., near Goldsmith Street and Grand Avenue in Queens, when a box truck struck the bucket, police said, causing the man to fall nearly 20 feet to the ground. The victim was initially taken to the hospital in cardiac arrest but was pronounced dead at the hosptial, officials said. The truck driver remained on the scene, police said. No arrests have been made at this time.

ELMHURST, Queens — A worker is dead after falling from a cherry picker he was working in when a truck struck it early Thursday in Queens, police said.

Jose Polanco, 59, was nearly 20 feet off the ground, working on a traffic light in the bucket of the crane, at the intersection of Goldsmith Street and Grand Avenue in Elmhurst, authorities said.

Just before 3 a.m., a box truck driving by collided with the bucket of the cherry picker, causing Polanco inside to fall, according to the FDNY.

The 59-year-old man was rushed to the hospital in cardiac arrest, where he later died, officials said.

Polanoc's co-worker on the scene told PIX11 exclusively that the victim was a "great guy," and did "good work."

Police said the 56-year-old driver of the box truck remained on the scene.

After being given a breathalyzer test, the truck driver was allowed to leave and is not being arrested at this time, police said.

The victim worked for Welsbach Electric, a company that fixes traffic lights around the city.

PIX11's Anthony DiLorenzo got surveillance footage that appears to show the moments leading up to the truck striking the crane.

Editor's note: The story has been updated with the victim's name. An earlier version of this story incorrectly stated the victim worked for Weisbach Electric.

NEW: surveillance video shows the moment a box truck truck hit a cherry picker with a worker in the bucket. The 59 year old victim was working on a traffic light in Elhurst, ejected and later died. @PIX11News pic.twitter.com/gQTpNSh1MH