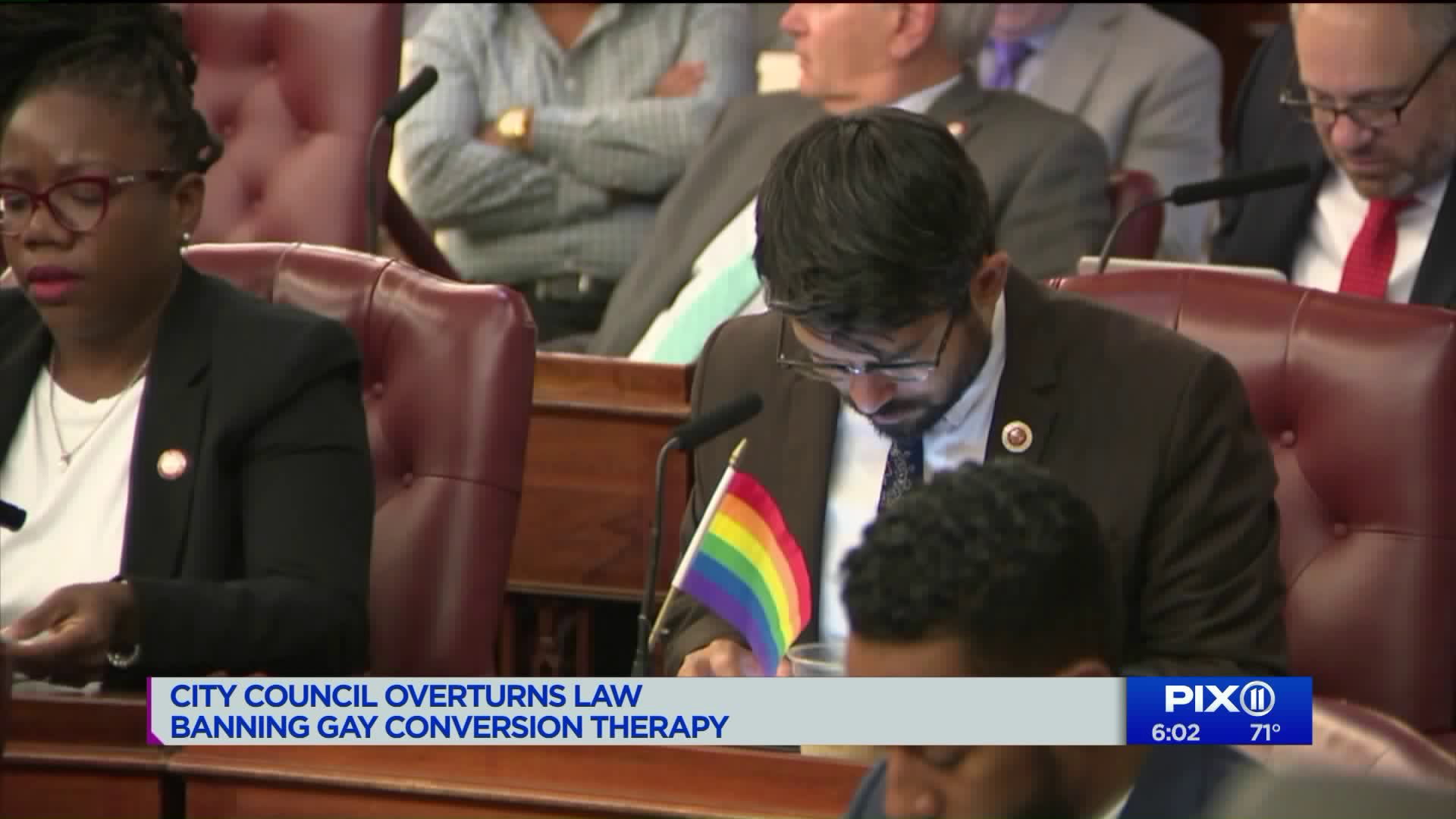 A city law banning so-called gay conversion therapy would be repealed under legislation introduced Thursday over concerns that a pending federal lawsuit could lead to a decision unfavorable to the LGBTQ community if the case were to make it to the Supreme Court. Council Speaker Corey Johnson introduced the repeal in what he called "a painful decision."

NEW YORK — A New York City law banning so-called gay conversion therapy was designed to protect New York City residents, but now it’s on the fast track to being struck down. That’s actually welcome news to the New Yorkers that the law was created to protect.

Cruz also has a personal connection to the issue of the law being repealed.

“I'm a survivor of conversion therapy,” he said, in an interview with PIX11 News.

The law that’s on course to being repealed is the city’s ban against gay conversion therapy. It’s a process that claims it can change an LGBTQ person's orientation to heterosexual status. It has been widely denounced by a variety of psychology and medical organizations, which call the process a pseudoscience.

Also, this month, the founder of one of the country’s largest gay conversion therapy companies came out as gay after trying for decades to change his orientation.

The practice was banned in New York City two years ago when the city council passed a measure that heavily fined any entity that tried to practice gay conversion therapy.

However, that law has been challenged in federal court by the conservative organization Alliance Defending Freedom, or ADF. It argued in court that New York City’s law is too broad.

LGBTQ activists — including those who helped get the city’s law passed in the first place — have expressed concern that ADF could ultimately bring litigation against the city’s ban to the U.S. Supreme Court. The concern is that the conservative-leaning court could not only strike down the city’s law, but could also use the legal challenge to strike down other conversion therapy bans.

“The state covers us in that LGBTQ minors [are protected],” Cruz said.

In addition, he said, adults that are are targeted by prospective conversion therapists can take legal action on their own.

For its part, the Alliance Defending Freedom issued a statement through its senior counsel, Roger Brooks, whose support of psychotherapist Dr. David Brooks’s gay conversion therapy practice led to the city’s ban being challenged legally in the first place.

“All New Yorkers and all Americans deserve the right to private conversations, free from government control,” Brooks said. “By trying to regulate and censor private sessions between an adult and his counselor, New York City directly violated freedom of speech — a core right protected by the First Amendment. The city council appears to have realized its error and correctly concluded that this censorship is unconstitutional. The city council’s move toward repeal is a win for Dr. Schwartz, his patients, and all New Yorkers.”

ADF did not indicate if it will legally challenge the state’s gay conversion therapy ban.