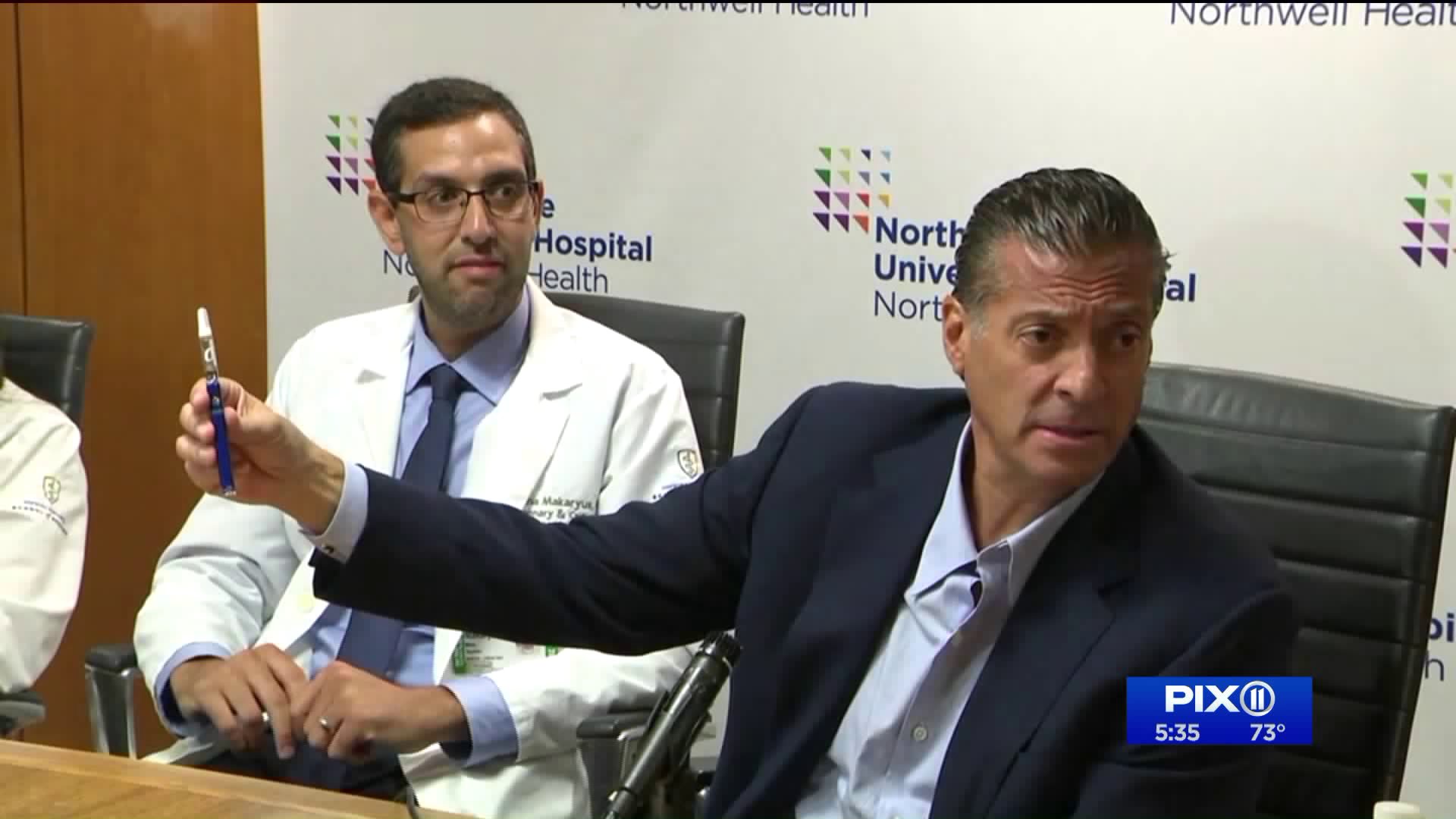 Six deaths have been reported, all adults and at least some with pre-existing lung problems. A Long Island man says he was nearly death number seven. Now Jonathan Doneson is urging teens to stop vaping.

LONG ISLAND — Six deaths have been reported in connection with vaping and a Long Island man says he was nearly death number seven.

He was admitted to North Shore University Hospital in August with pneumonia. It started with a cough that sounded strange. Doctors said Doneson was not responding to the antibiotics and his fever was getting worse.

The medical team combined the antibiotics with steroids and were able to get Doneson back on his feet.

"It almost killed me so don't be the big shot and think 'oh, I got the THC pen' and you want to show off to all your friends 'look I got the new one,'" Doneson said. "It's not cool. It isn't. It's going to kill you."

This comes as as health officials investigate 380 possible cases of vaping being linked to severe lung disease.

Editor's Note: Health officials on Sept. 12 said that 380 confirmed cases and probable cases have been reported in 36 states and one U.S. territory. That marks a decrease from the 450 initially cited when officials were also including "possible" cases. This post has been edited to reflect the updated number.