Jets’ Sam Darnold out with mono, could miss weeks 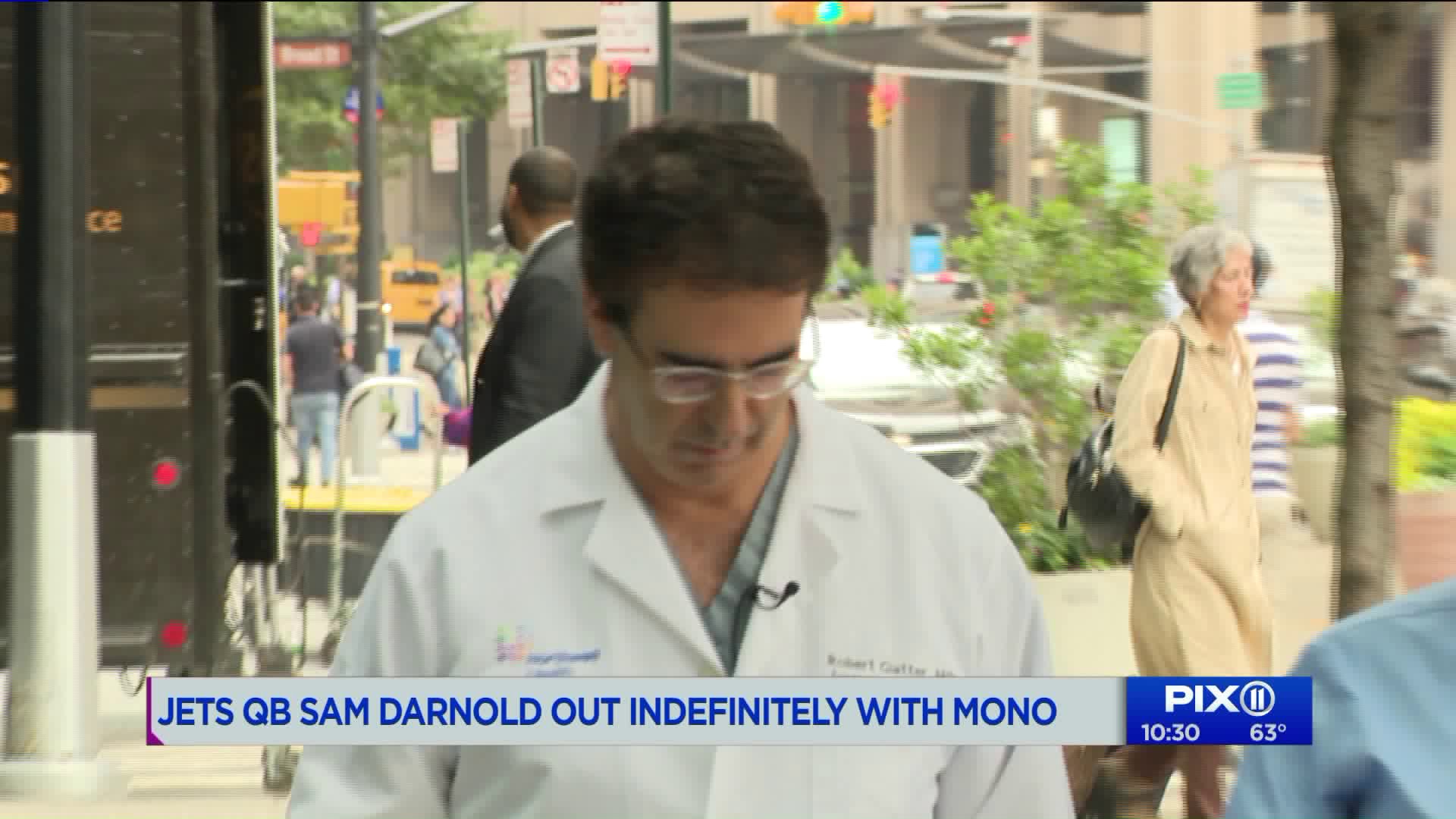 A look from the medical side at the Jets QB`s diagnosis, which will keep him out for Monday night`s game against Cleveland.

Sam Darnold #14 of the New York Jets drops back to pass during the second quarter against the Buffalo Bills at MetLife Stadium on September 8, 2019 in East Rutherford, New Jersey. (Photo by Brett Carlsen/Getty Images)

FLORHAM PARK, N.J. — New York Jets quarterback Sam Darnold has mononucleosis and will miss at least the team's game against the Cleveland Browns on Monday night.

Gase says the team learned of Darnold's diagnosis Wednesday and he went to the second-year quarterback's home to personally deliver the news to him. The coach says Darnold's biggest concern is weight loss. Gase adds Darnold has already lost about 5 pounds.

Darnold missed practice Wednesday when the team sent him home because he was feeling ill. Team doctors later told him that antibiotics weren't working as quickly as expected, leading to the diagnosis.

The Jets will need to sign a backup for Siemian or elevate Luke Falk from the practice squad.