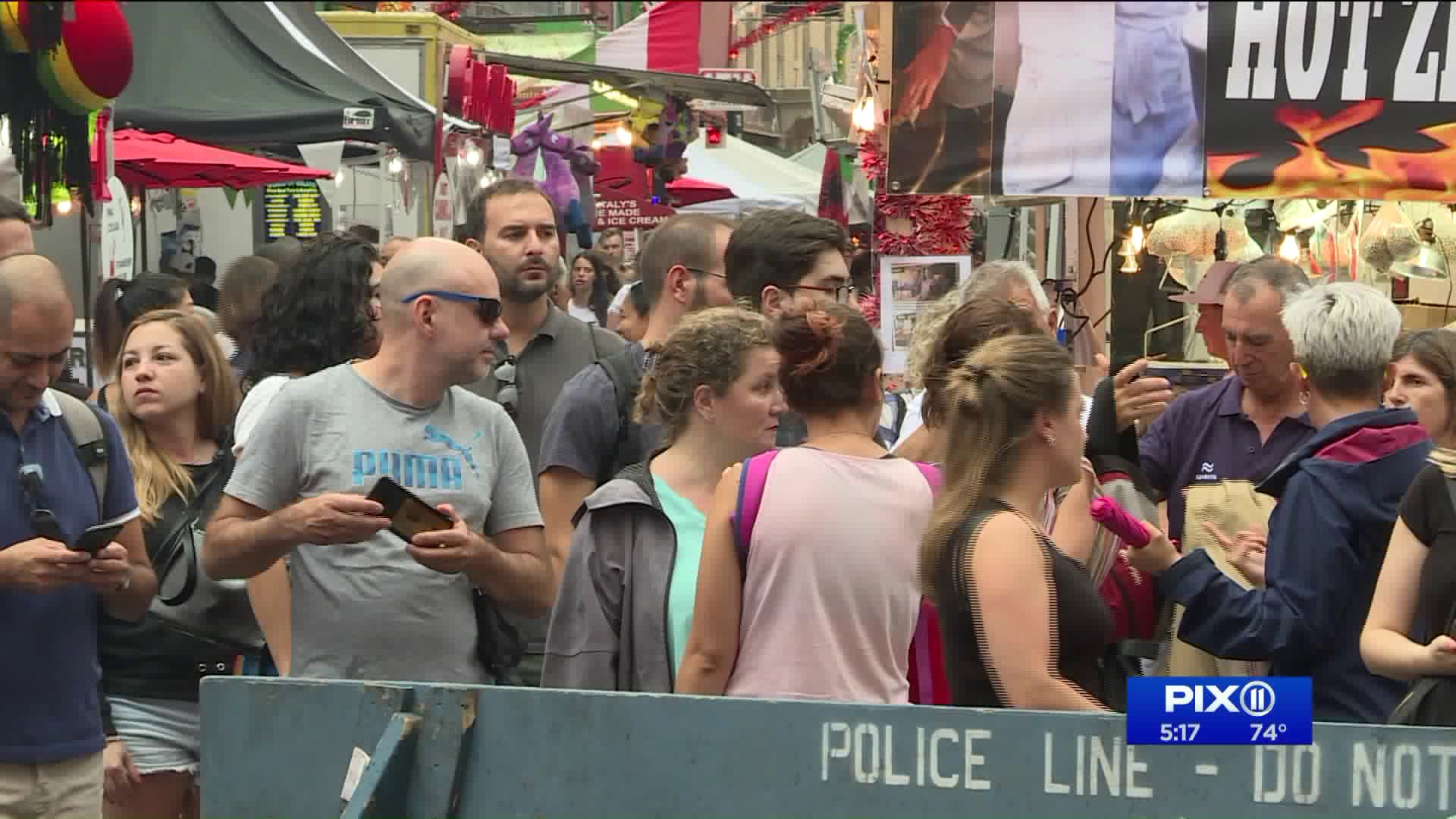 If you came across the smell of sausage and peppers at some point in your day, it wasn`t just you.The annual feast of San Gennaro Kicked off today in lower Manhattan, luring thousands to Little Italy.

LITTLE ITALY — In its 93rd year, the Feast of San Gennaro in Little Italy shows no signs of slowing down.

The crowds were out early Thursday with their appetites on deck, making the trek up and down Mulberry Street for the festival’s kick off.  Some were on a quest for that perennial Italian dish.

Vendors both old and new keep customers on their toes, offering up a menu you can’t find anywhere in town.  Adeline Leporesessa, co-owner of Ferrara’s Bakery, one of the oldest businesses in the neighborhood, says each year the 11-day feast brings the neighborhood to life.

“You meet people and they come year after year and those people want those same things that they get every year from us,” she said.

As historic as the neighborhood is, many say it has lost its character in the past few years. Gentrification is widely to blame. At its peak, Little Italy occupied a sizable swath of lower Manhattan. Today it barely takes up four square blocks.

In fact, the 2010 census showed that not a single person born in Italy lived in little Italy.

“Even though their grandparents lived here and they moved away they come back in September,” Robert Ianniello, owner of the famed Umbertos Clam House, explained.

According to Ianniello, despite the changes there’s still a sense of community in the neighborhood especially during feast of San Genarro. It’s a bragging right not many parts of the Big Apple could boast about.

“Anybody who moves into this neighborhood is considered part of the neighborhood so we keep it by keeping everybody together,” he said.