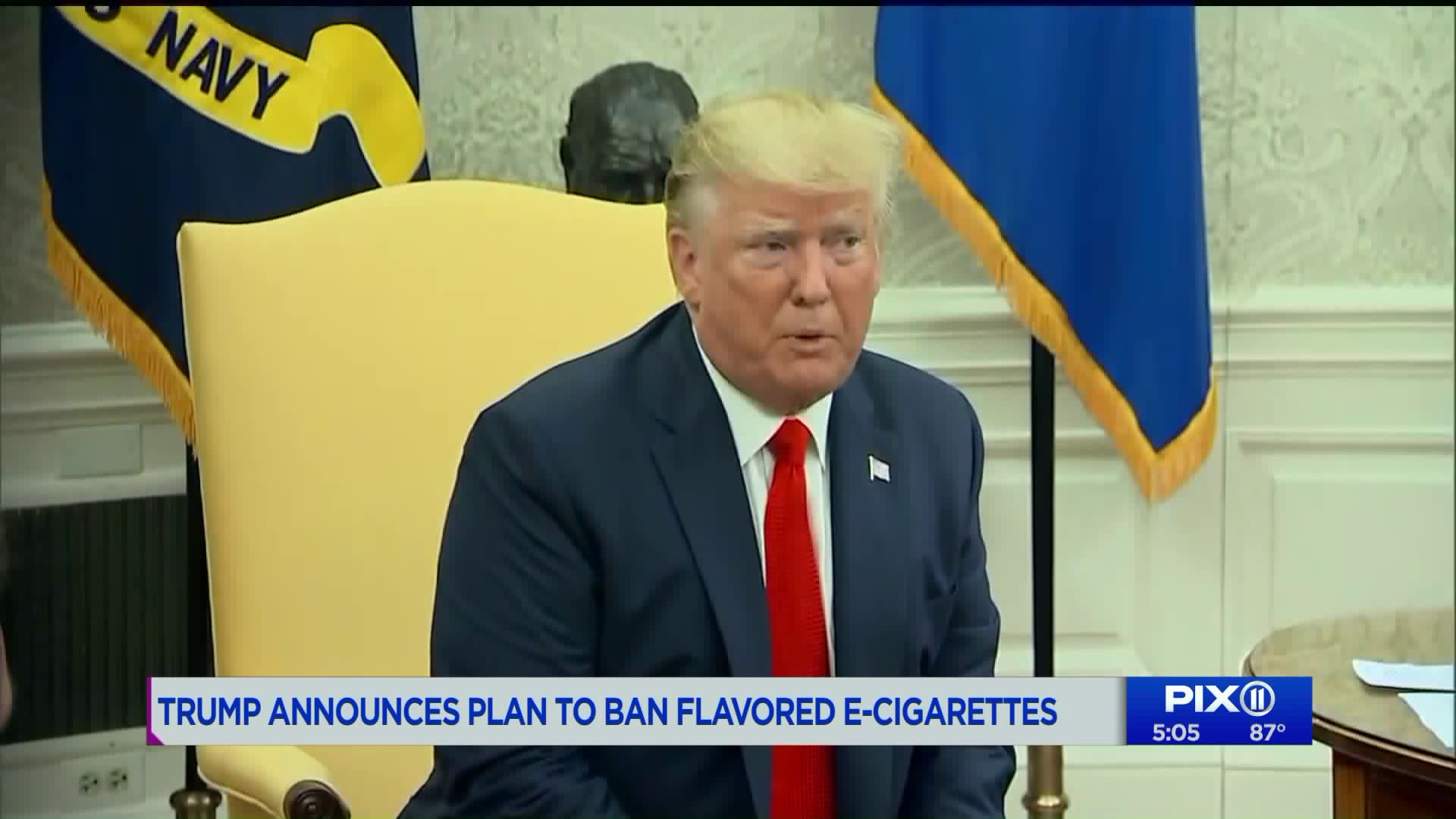 President Donald Trump said Wednesday that the US Food and Drug Administration would be putting out "some very strong recommendations" regarding the use of flavored e-cigarettes in "a couple of weeks."

WASHINGTON — President Donald Trump said Wednesday that the US Food and Drug Administration would be putting out "some very strong recommendations" regarding the use of flavored e-cigarettes in "a couple of weeks."

Health and Human Services Secretary Alex Azar, seated in the Oval Office with the President, first lady Melania Trump and the acting commissioner of the FDA, announced that newly proposed enforcement policy would require flavored e-cigarette companies to take their products off the market.

"It'll take several weeks for us to put out the final guidance that will announce all the parameters around the enforcement policy, and then there will likely be about a 30-day delay to effective date, as is customary," Azar said. But "at that point all flavored e-cigarettes other than tobacco flavor would have to be removed from the market."

By May 20, he said, e-cigarette companies making tobacco-flavored products would have the chance to file for approval by the FDA. At that time, flavored-product manufacturers would also have the opportunity to file, but their products would be off the market until approved.

A sixth person in the United States has died from lung disease related to vaping, Kansas health officials said Tuesday .

The US Centers for Disease Control and Prevention, the FDA and state health departments have been investigating this outbreak. Health officials say they haven't found a definitive cause or a clear connection between cases, but some are zeroing in on potential clues.

As of Friday, there have been more than 380 possible cases of lung illness associated with using e-cigarettes reported to the CDC across 33 states and the US Virgin Islands. The numbers have been changing frequently.

The first lady, whose "Be Best" platform focuses in part on children's health and combating addiction, has spoken out more than once over her concerns over e-cigarette use by children.

"I am deeply concerned about the growing epidemic of e-cigarette use in our children. We need to do all we can to protect the public from tobacco-related disease and death, and prevent e-cigarettes from becoming an on-ramp to nicotine addiction for a generation of youth," she tweeted earlier this week .

Editor's Note: Health officials on Sept. 12 said that 380 confirmed cases and probable cases have been reported in 36 states and one U.S. territory. That marks a decrease from the 450 initially cited when officials were also including "possible" cases. This post has been edited to reflect the updated number.