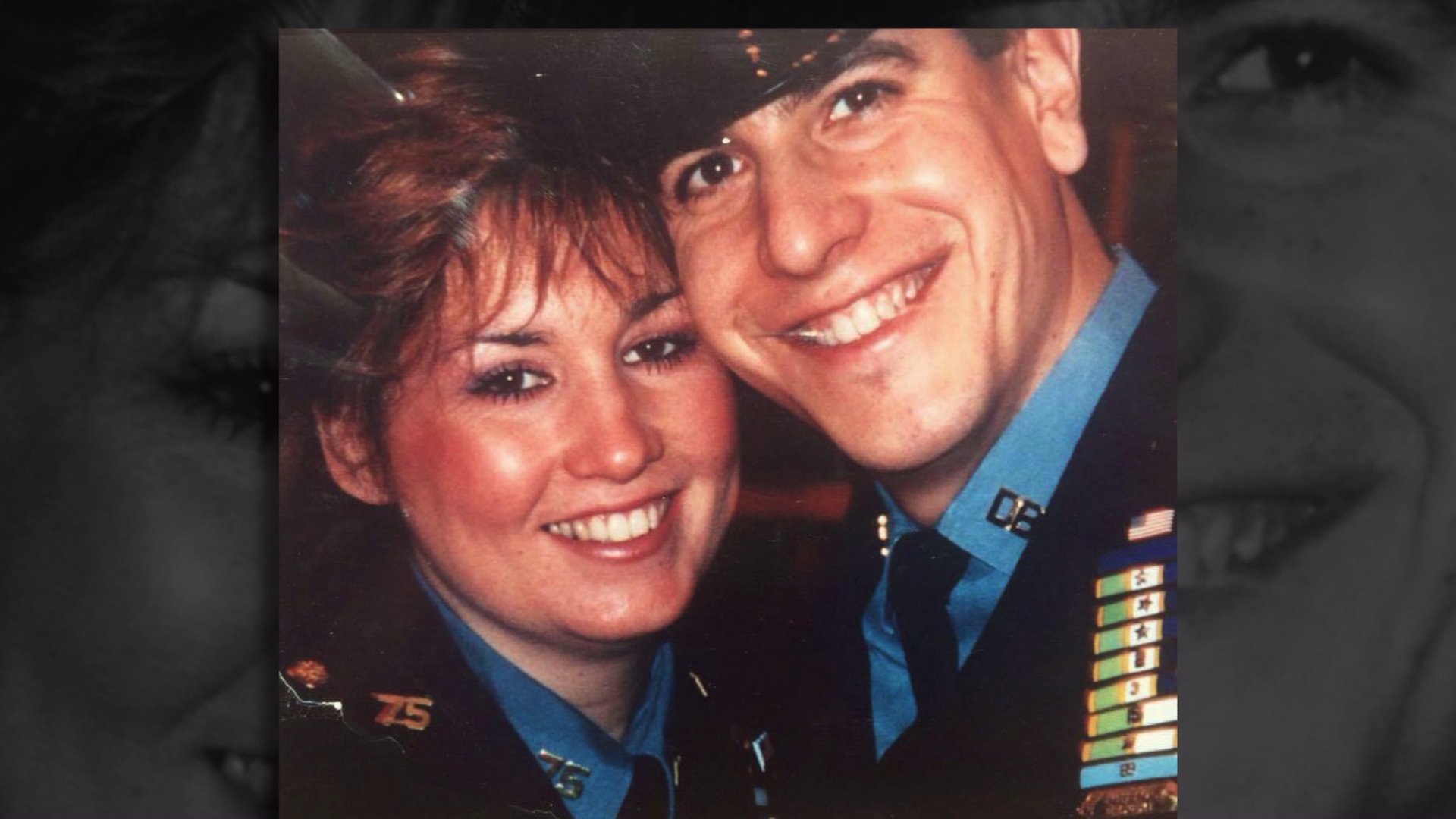 NYPD Detective Joseph Vigiano lost his life in the collapse of the Twin Towers on Sept. 11, 2001. His three sons were eight, six and three months old at the time. 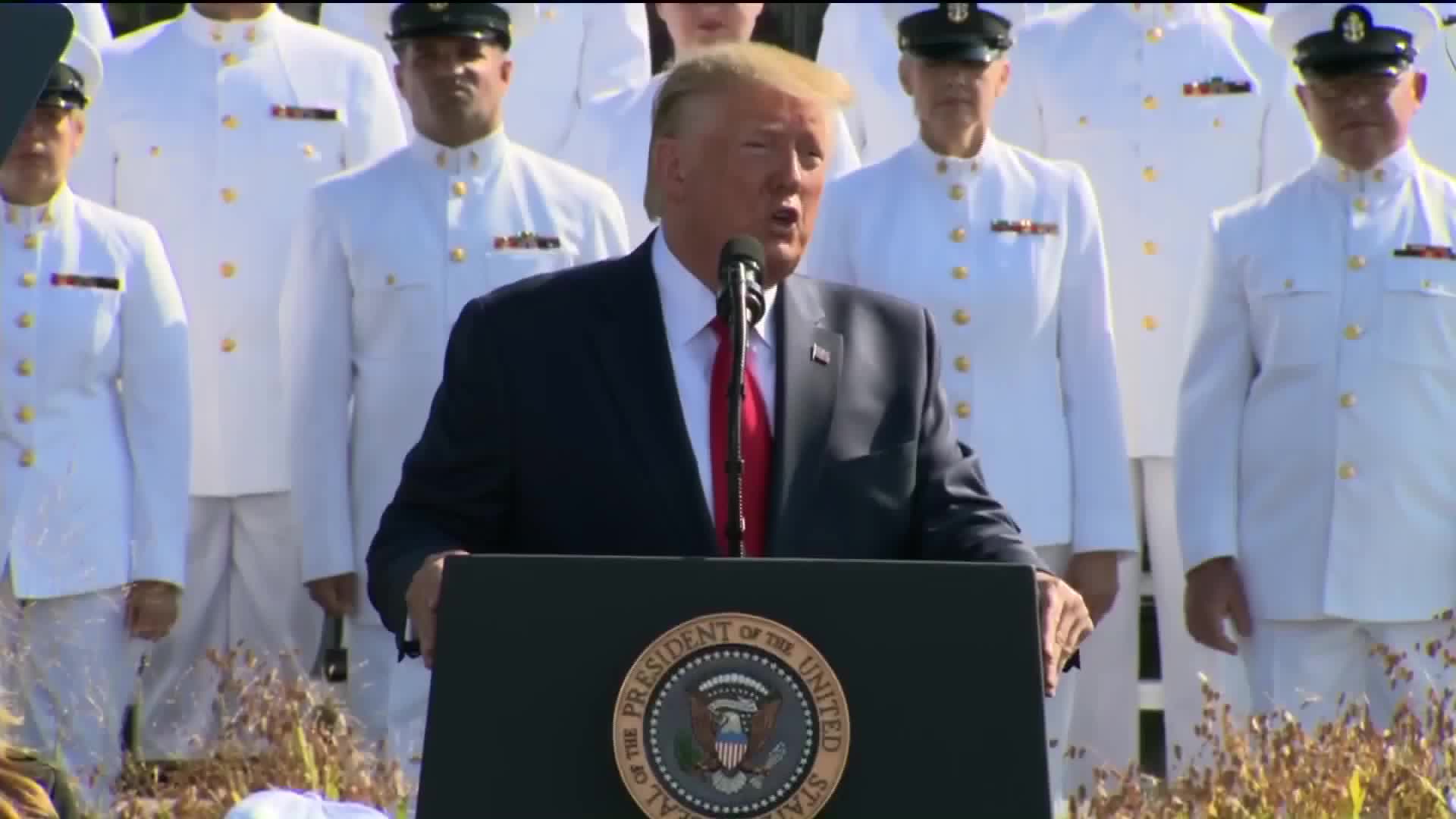 WASHINGTON — The three sons of NYPD Detective Joseph Vigiano, who lost his life in the collapse of the Twin Towers on Sept. 11, 2001, visited the Pentagon Wednesday on the 18th anniversary of 9/11 — with President Donald Trump saluting them for their commitment to military service.

The three sons (L-R James Vigiano, John Vigiano and Joseph Vigiano Jr.) of NYPD Detective Joseph Vigiano, who lost his life in the collapse of the Twin Towers on Sept. 11, 2001. (Credit: Kathy Vigiano)

“For generations, the Vigianos served in the military and the New York City fire and police departments,” Trump told the crowd assembled for the Pentagon ceremony.

The brothers were eight, six and three months old when their father didn't come home from work on that September day.

Speaking to Vigiano’s three sons, Trump said, “To John, Joseph, and James, you have sacrificed beyond measure, and you will never, ever stop giving back to this country.”

The Vigiano brothers lost their father and their uncle, FDNY firefighter John Vigiano, during the September 11 attacks.

Their grandparents, John and Jan Vigiano, endured the deaths of their only children on the same day and spent weeks at the disaster site.

His widow, Jan, attended the Pentagon ceremony in a wheelchair and spoke to President Trump.

The Vigiano brothers, all involved with military and government service, wore dress uniforms.

He serves in the 75th Precinct in Brooklyn, the same stationhouse where his father worked in the 1980’s and 90’s.

Vigiano’s dad met his mother, Kathy Owens, at the 75th Precinct, and they later married.

Joseph, Jr. was eight years old when his father died on 9/11, and he delivered the eulogy at his dad’s funeral.

He is also a Marine reservist and has done tours of duty overseas.

Corporal James Vigiano, 24, of the U.S. Marines was just six when his father was killed and he’s currently on active duty.

President Trump noted that James Vigiano served on the U.S.S. New York, which was constructed with 24 tons of World Trade Center steel.

“Every time he left the mess hall,” Trump noted, “James passed a picture of his dad in the hallway.”

John Vigiano was just three months old when his father died in the collapse of the towers, and there’s a poignant photo of his father holding him as a newborn, not long before Joey Vigiano was killed.

The president noted, “The youngest, John, just started SUNY Maritime and he plans to join the military.”

The Commander-in-Chief met with all three sons at the ceremony.