Political controversy emerges at the Sept. 11th anniversary memorial service, but victims’ families say they ‘put that to the side’ 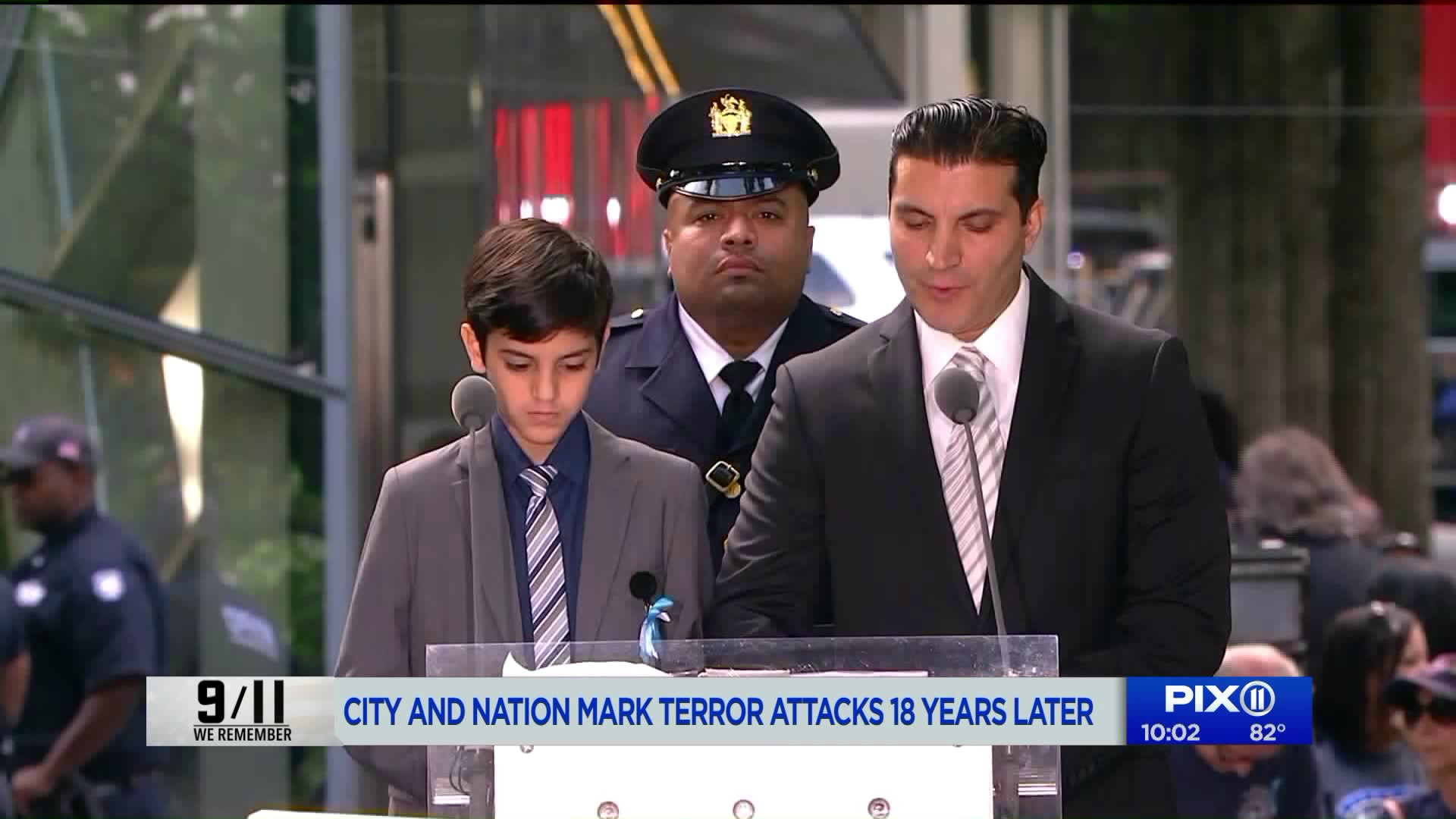 People who were too young on 9/11 to even remember their lost loved ones, and others for whom the grief is still raw, paid tribute with wreath-layings and the solemn roll call of the dead Wednesday as America marked the 18th anniversary of the worst terror attack on U.S. soil. Nearly 3,000 people were killed when terrorist-piloted planes slammed into the World Trade Center, the Pentagon and the field in Pennsylvania. 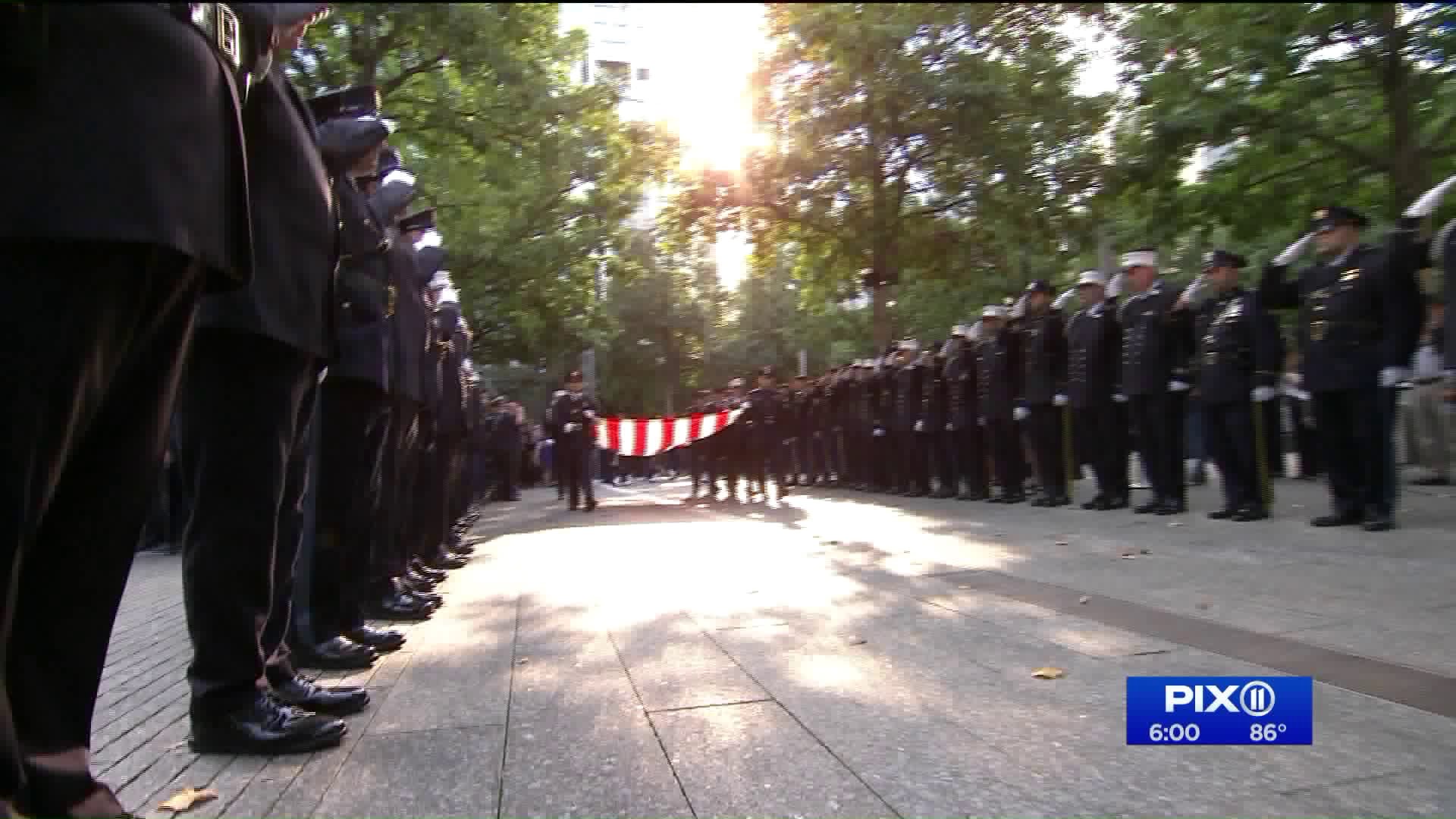 LOWER MANHATTAN — Among the nearly 3,000 people who were killed in the September 11th attacks were hundreds of members of the FDNY, NYPD and Port Authority Police Departments.

Enough time has passed since that fateful day in 2001 that anyone born in the year that the attacks took place is eligible to take the qualifying exams for those departments.

That passage of time was palpable in Wednesday's memorial ceremony at the World Trade Center site, but so also were some political tensions. They were laid bare by some of the statements from 9/11 victims' family members who read the names of their fallen loved ones.

One of the readers, Nicholas Haros, who lost his mother, Frances, in the terror attacks, had words for Ilhan Omar, a congresswoman from Minnesota, who's been skewered in conservative political circles for a past description of the 9/11 attacks that included, in part, a description of the terrorists as "some people."

"Madam, objectively speaking, we know who and what was done,” said Haros, in a statement lasting far longer than the list of victims' names he'd volunteered to read.

“There’s no uncertainty about that," he continued. "Why your confusion? On that day, 19 Islamic terrorists, members of al Qaeda, killed over 3,000 people and caused billions of dollars of damage. Is that clear?”

Omar was not in attendance at the ceremony here and tweeted out her own remembrance of the attacks.

"Gun violence is on the rampant," she said from the podium, "and I hope today that legislation continues to move forward in banning guns."

Some other victims' family members in attendance at the World Trade Center ceremony said that the political statements went largely ignored by the gathering.

"Honestly, I didn't have any reaction to it," said Jorge Mujica, who lost his brother, Dennis, an FDNY lieutenant, in the attacks.

"I'm here for the people that perished," he told PIX11 News. As for any political messages, "I put that to the side," he said.

"It doesn't figure in at all," said Eileen Mosca, who lost her sister Kathleen Hunt Casey on 9/11. "These were all innocent people," she continued. "Some cowards killed them. We're proof that we can move on."