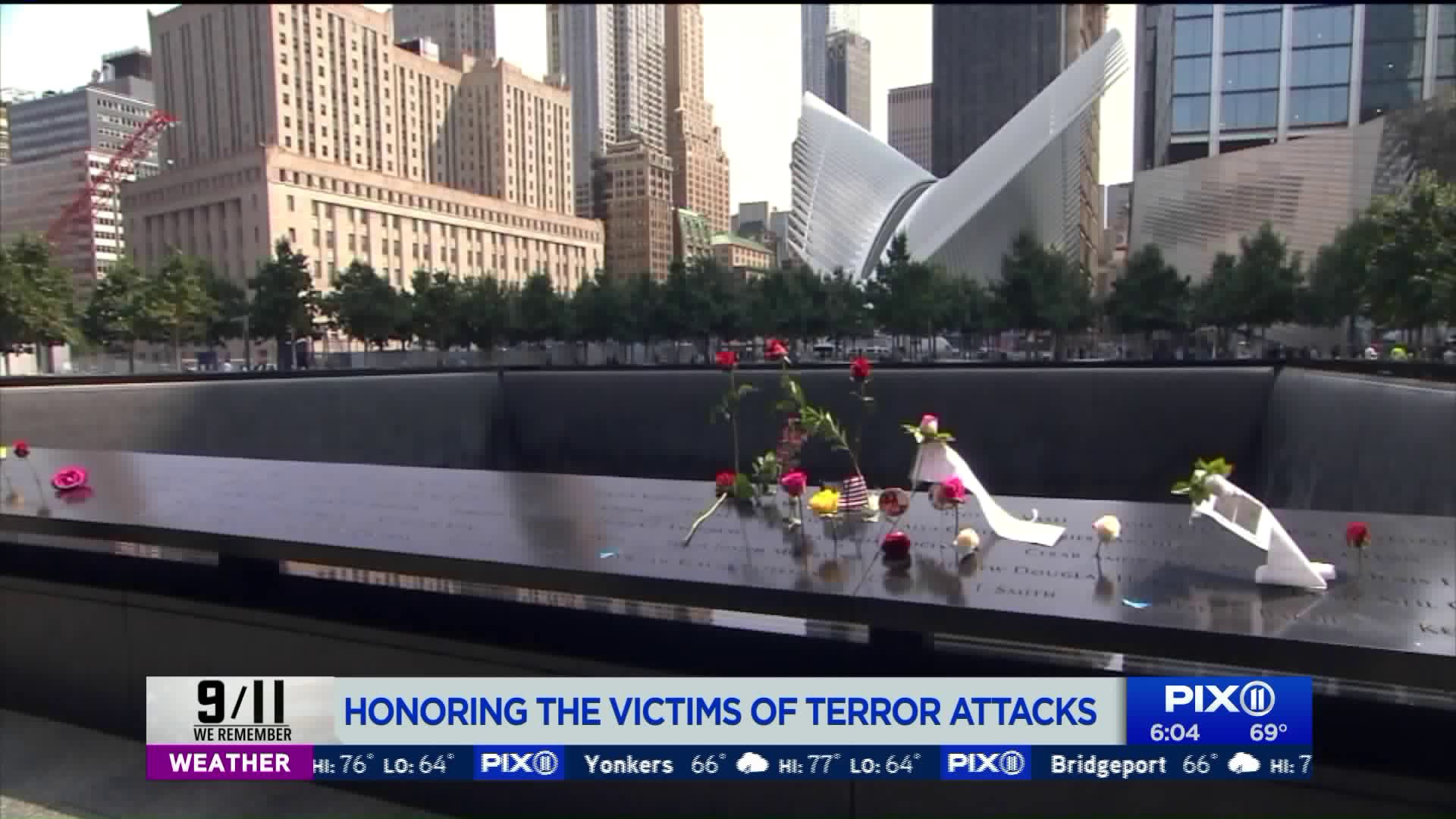 PIX11`s Kirstin Cole reports on how New Yorkers around the five boroughs, and beyond, are remembering and honoring the victims from the September 11 terror attacks, as well as those we`ve lost since the attacks due to 9/11-related cancer and toxins.

NEW YORK — With Wednesday marking the 18th anniversary of the September 11 terror attacks, there will be numerous events around the city honoring the victims and commemorating the tragic that took the lives of thousands of people.

Here are some ways New Yorkers can come together on Wednesday:

The 9/11 Memorial & Museum will hold the annual commemoration ceremony at 8:40 a.m., where the names of all 2,753 people killed in the attack will be read. You can watch on PIX11, PIX11.com and the PIX11 app. The ceremony takes place at 9/11 Memorial Plaza in Lower Manhattan.

At 8:46 a.m., St. Paul's Chapel of Trinity Church Wall Street in Lower Manhattan will ring the Bell of Hope, given to the city by Lord Mayor of London a year after the attacks. The church is located near the intersection of Broadway and Fulton Streets.

You can watch the time-lapse film "2001," free of charge, from 7 a.m. to 7 p.m. Wednesday at the Cathedral Church of St. John the Divine on Amsterdam Avenue near West 112th Street in Morningside Heights.

The Tribute in Light, two columns of light shot toward the sky to represent the original Twin Towers, begins shortly after 7 p.m. at the 9/11 Memorial. The installation is made from 88 searchlights and is lit up each year in remembrance of the September 11 attacks.

The 9/11 Memorial Plaza will be open to the public Wednesday from 3 p.m. to midnight.