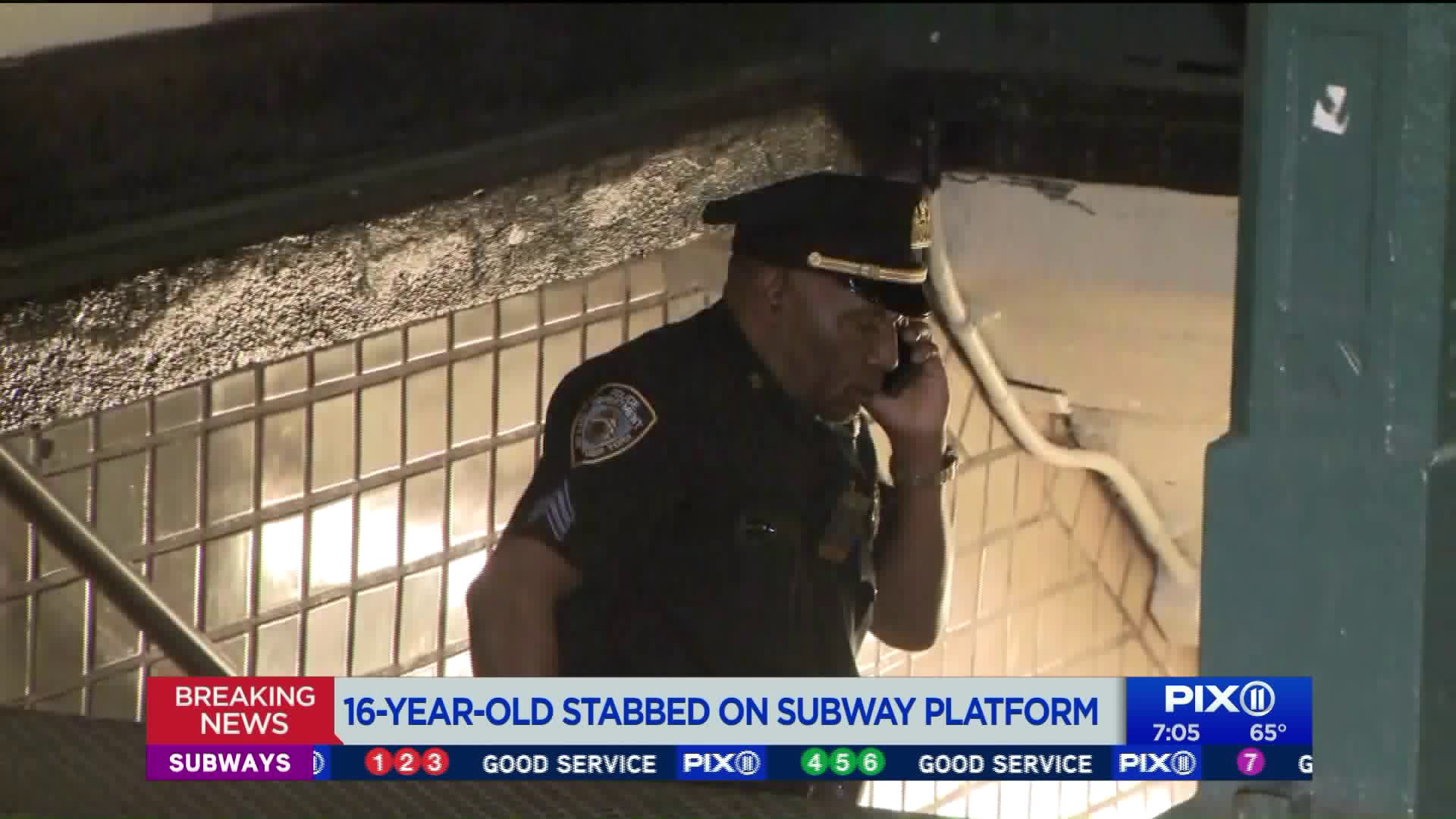 Police are investigating after a 16-year-old boy was stabbed in a vicious attack by a group of up to eight men at an Upper West Side subway station early Monday, authorities said. The attack happened around 1:45 a.m. Monday on the platform of the northbound C train line at the 96th Street-Central Park West station, police said. The teen was taken to a nearby hospital in serious condition but is expected to survive, police said.

UPPER WEST SIDE — The NYPD has released new surveillance images of a group of men who allegedly stabbed a teenage boy in a Manhattan subway station early Monday morning.

According to police, the 16-year-old boy was stabbed around 1:45 a.m. in an attack by a group of up to possibly eight men on the northbound A train platform at the 96th Street-Central Park West subway station on the Upper West Side.

The teen had slashes and stab wounds to his face, arms and torso, and was transported to a nearby hospital in serious condition, authorities said at the time.

Group of people wanted in connection to a slashing in an Upper West Side subway station on September 9, 2019. (NYPD)

Police initially described the group of men who attacked the victim as being in their late teens or early 20s, and Wednesday released the above surveillance images of four of those wanted in connection to the attack.

An MTA worker told PIX11's Anthony DiLorenzo on Monday that he believed the attack started as an altercation onboard a train and then spilled out onto the station platform, but officials have not confirmed this.