Concerns over ‘infestation’ after nearly a dozen students stung at playground 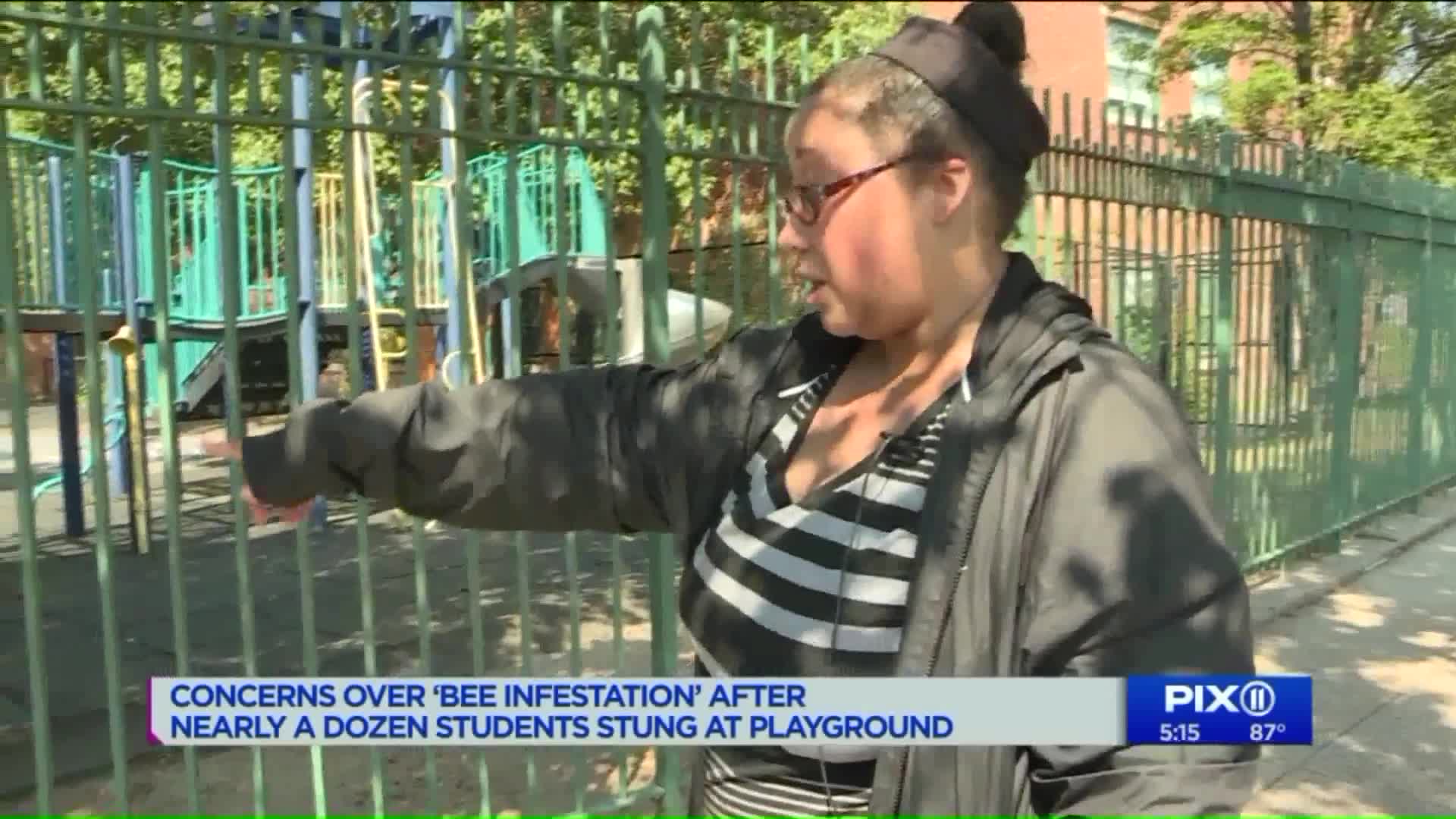 The first day of school could be nerve racking for many students but in Washington Heights it turned into a terrifying experience, when nearly a dozen students were stung during recess.

WASHINGTON HEIGHTS, Manhattan — The first day of school could be nerve racking for many students, but in Washington Heights this week it was a terrifying experience when nearly a dozen students were stung by a swarm of wasps during recess.

"[It] stung me right on the ball of my ankle," 10-year-old student Hadenliz Bryson told PIX11.

The fourth grader, a student at Kipp Washington Heights Middle School, was in the middle of recess when she says she was stung by a wasp at a playground outside the school, back on August 19.

“It kind of makes me feel a little scared because I try to hurry up to get past the area now so I don’t get stung again,” she said.

According to her mom, Katrice Bryson, it wasn’t an isolated incident. She says she learned from a case worker at the school that on that same day 10 other students were also stung at the playground.

“It’s a lot of anxiety,” she said. “I mean the kids shouldn’t have to endure that and parents who come and pick their kids up on a daily basis shouldn’t even have to go through that.”

Bryson says she was stung just yesterday. Describing it as an infestation, Bryson says the school isn’t doing much to resolve the problem and called PIX11 in hopes of getting answers.

“All they do is tell the kids basically that to go in this area,” she said.

The playground which is on a property shared by both KIPP Washington Heights and IS 90 is maintained by the NYC Department of Education.

A KIPP spokesperson told PIX11 Wednesday they were aware of the problem and had brought it to the attention of DOE officials, but not much had been done.

After the story aired on PIX11 Wednesday night, the DOE brought in an exterminator to the school Thursday morning.

Editor's Note: This post initially stated there was a swarm of bees based on initial indications. It has been updated now that officials say wasps were at the playground.