No more violations for sidewalk damage caused by city trees 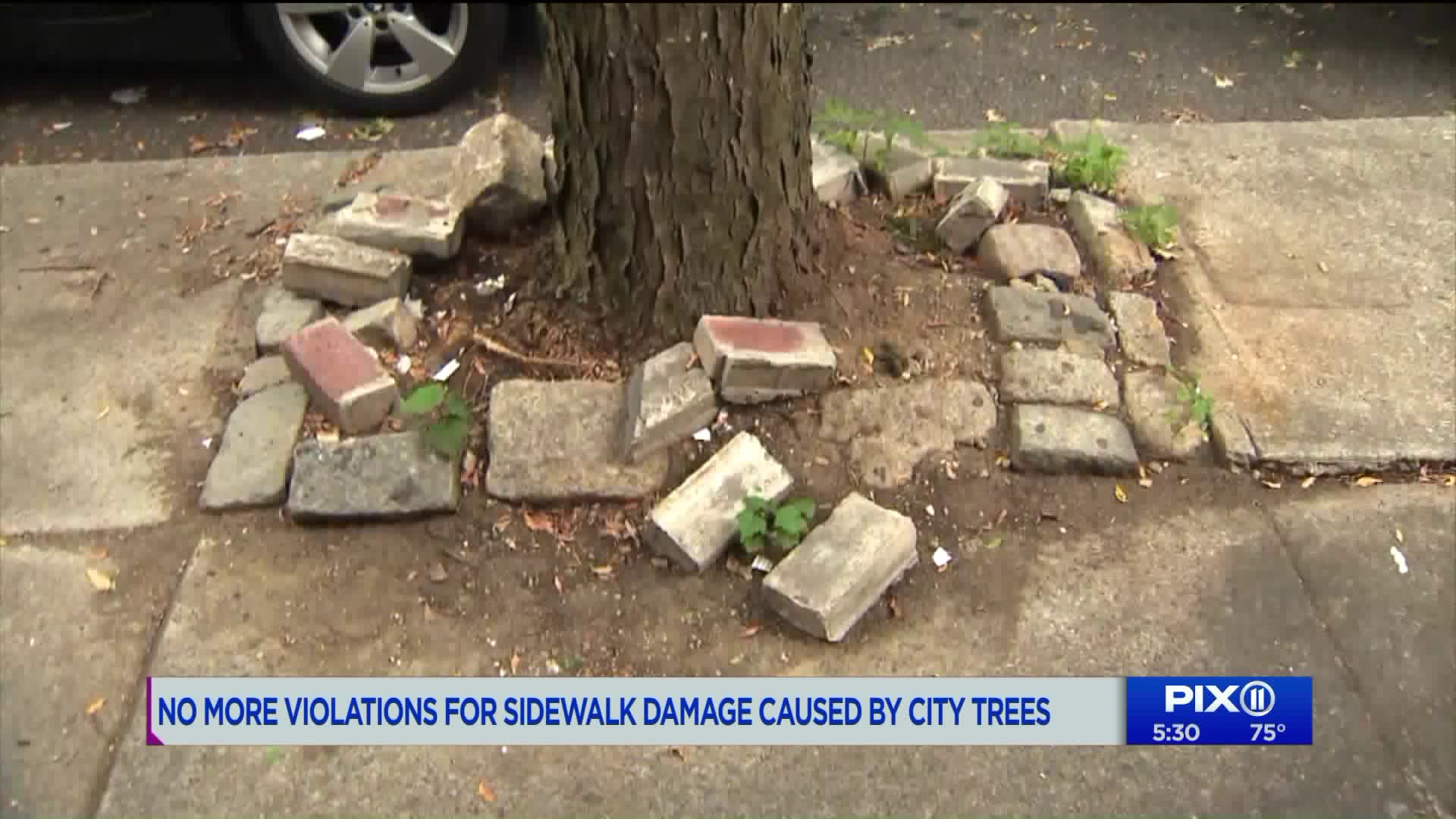 LONG-AWAITED RELIEF FOR NEW YORKERS - THE CITY HAS ANNOUNCED THEY WILL TAKE RESPONSIBILITY FOR ROOTS OF TREES THAT HAVE DAMAGED SIDEWALKS- PRIOR TO TODAY A homeowner was held responsible for the damage but not anymore.

Long-awaited relief for New Yorkers, as the city has announced they will take responsibility for roots of trees that have damaged sidewalks.

Prior to today the homeowner was held responsible but that will all change, as sidewalks damaged by the overgrown roots of trees planted by the city have resulted in tens of thousands of violations and threats of fines to homeowners who had no say on where trees would be planted.

“The homeowners didn’t cause the problem, the tree caused the problem," said Mayor Bill de Blasio. "The tree was put there by the city”

“To all the folks out there who have gotten those violations for sidewalk problem related to a tree you will no longer be getting violations. Period”

The city will also eliminate all existing violations, along with any liens against properties because of the issue. By removing the liens, homeowners will no longer have to shell out cash to fix it on their own. They can wait for the city to fix the sidewalk at no cost to them.