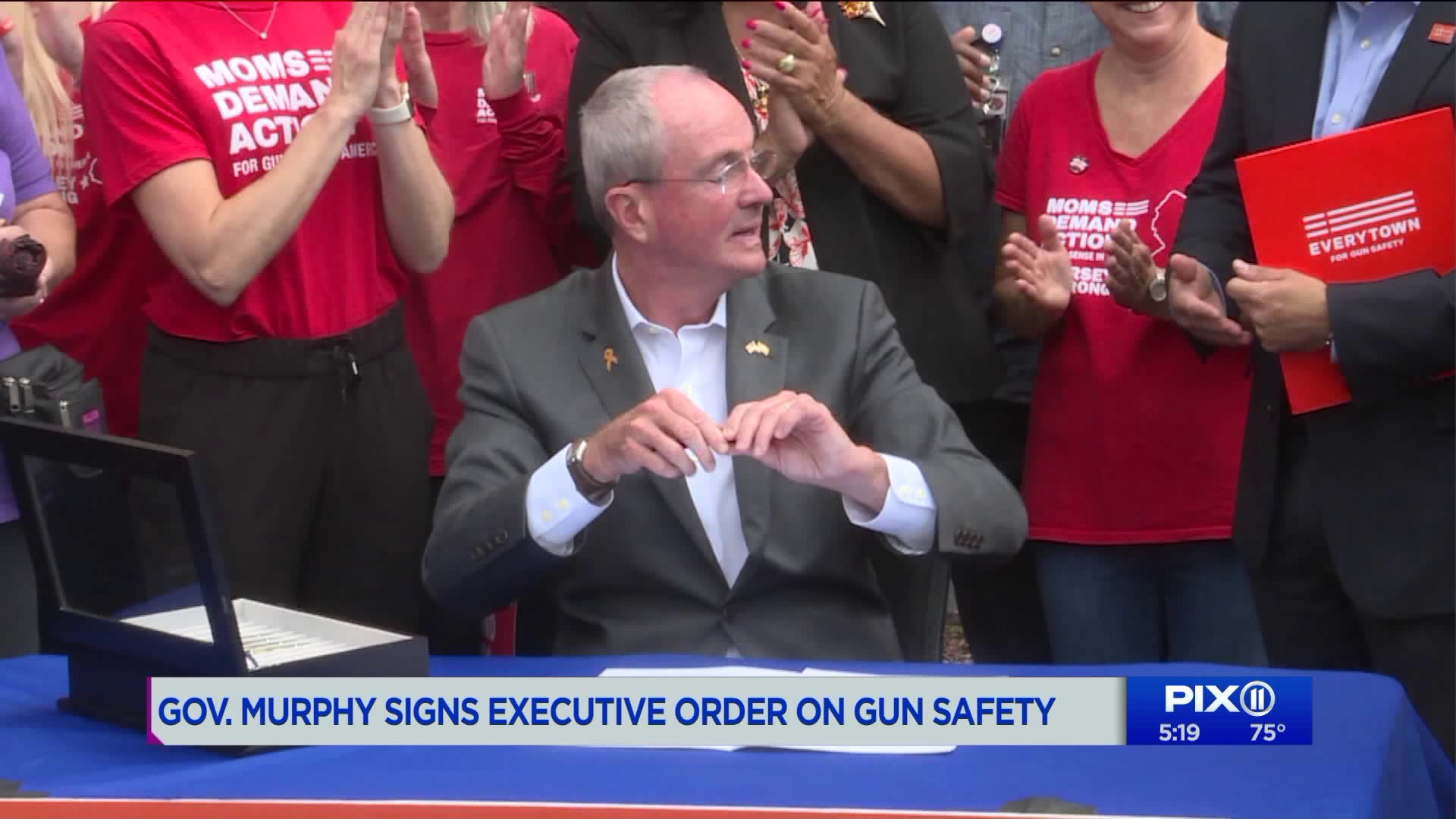 New Jersey has begun using its purchasing power to try to influence gun vendors as well as insurers to embrace gun-safety measures, such as preventing firearms transfers to traffickers, under an executive order Democratic Gov. Phil Murphy signed Tuesday. It`s the latest measure aimed at reining in illegal gun activity that the Murphy administration has taken amid fatal shootings across the country.

MORRISTOWN - New Jersey officials says they’re done doing business with any gun manufacturers that don’t play by their rules. Governor Phil Murphy signed an executive order Tuesday demanding gun makers turn over their practices to the state, and this applies to banks that do business with New Jersey, too.

Moms Demand Action and other major gun safety advocacy were on hand to watch Murphy sign the order in Morristown.

New Jersey is a $70 million buyer in the gun business as the state supplies police with weapons and ammo annually. And that number does not include local towns and counties.

Murphy wants to use his buying power to force manufactures to publicly say they support universal background checks and responsible gun sales.

"I think this executive order is about prevention," said New Jersey State Police Colonel Patrick Callahan, who pledged his support for Murphy's action. "To make sure that no officer, that no trooper has to knock on somebody's door and tell them their brother, or son, or brother and sister isn't coming home cause of a crime gun out on the streets of New Jersey."

Almost 500 people die at the hand of a gun in New Jersey every year.

Murphy want to hear not only gun manufacturers' policies for promoting gun safety, but also policies from the big banks, who make the business of gun-buying possible.

"This order will keep guns out of the hands of people who shouldn’t have them," said Nicholas Suplina, the director of law and policy for Everytown, a non-profit which supports reforms for greater gun safety.

The executive order signed Tuesday will target financial tools that fund weapons  like insurance policies. One example: officials say some banks will insure you if you shoot someone out of self-defense. They’ll pay to replace your gun, foot all your court costs and even pay to clean up the crime scene.

"We also don’t want to encourage irresponsible behavior and we think some of these insurance policies do that," said Murphy. "We want to cut that out."

The executive order will give gun manufacturers and the banks 30 days to come back to the the state with their gun safety principles. If they don’t align with the State, New Jersey will terminate their business relationship with these companies and put them on the 'do not buy' list.