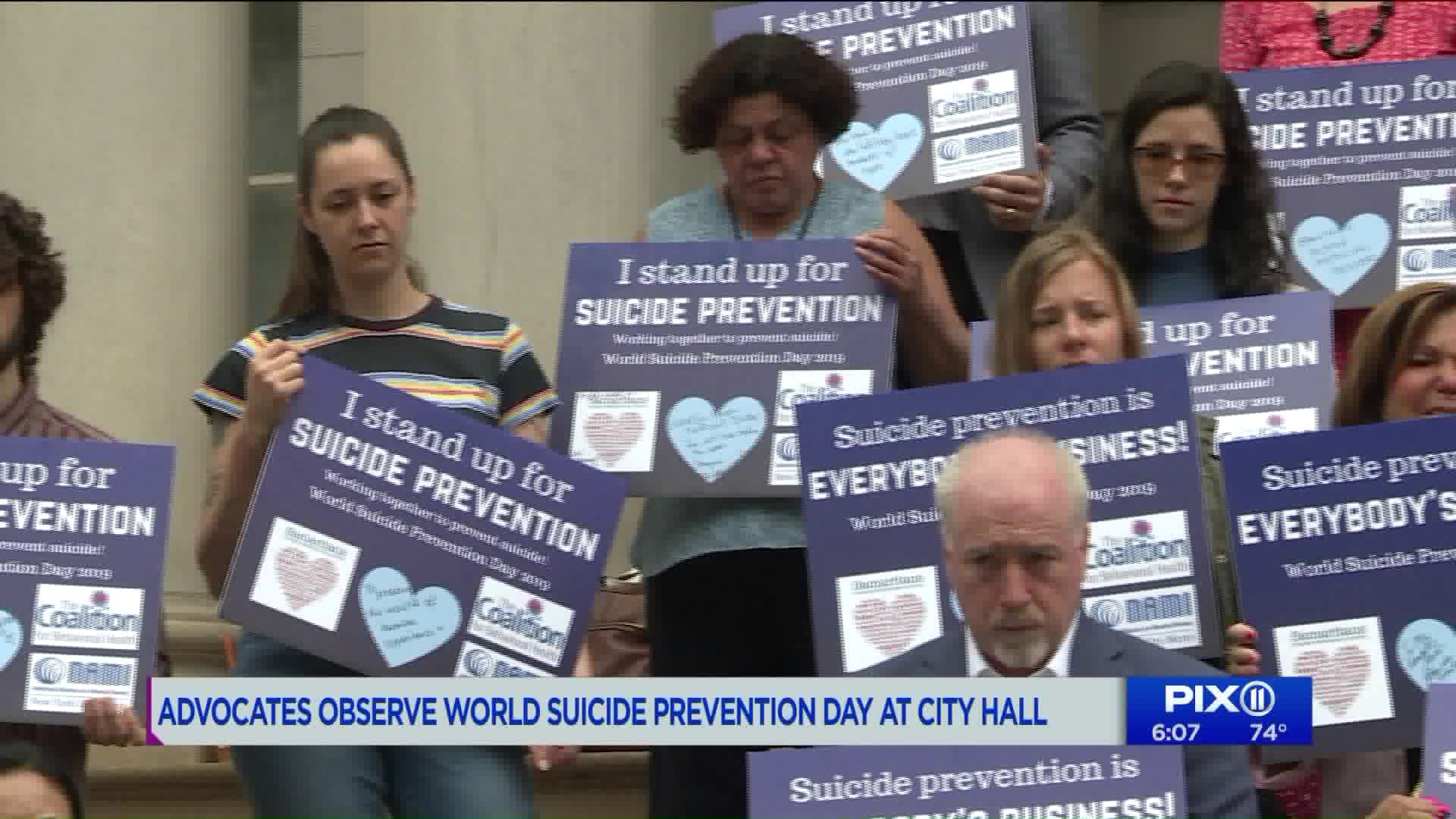 NEW YORK — When Loren Klein lost her mother in 2011, talking about it was an impossible task.

“She felt alone and she didn’t feel like it was OK not to be OK, and unfortunately suicide took her life,” she said.

Now, as an advocate, Klein says a mere conversation can be a lifesaver.

“The most important thing we could do is be a friend and remind our loved ones, students, our colleagues that it’s OK to not be OK,” Klein said. “Because when people suffer alone they suffer so much more.”

The mother of two was part of a coalition gathered outside City Hall Tuesday to observe World Suicide Prevention Day— a day dedicated to raising awareness of the challenges and stigma associated with preventing death by suicide.

“This is something that touches everyone,” said ALAN ROSS, Executive Director of Samaritans of NYC. “The problem is the taboo of suicide makes people uncomfortable talking about it.”

The numbers are staggering. According to the CDC, more than 44,000 Americans die by suicide each year. The organization estimates one death by suicide happens every 12 minutes in the US.

From LGBT youth to Latina teens, the trend is prevalent in a number of communities. The NYPD is currently dealing with its own epidemic where nine officers have died this year by suicide.

Advocates with the Samaritans of NYC, part of the oldest and largest suicide prevention network in the world, say the way to tackle the so-called suicide stigma is calling it out for what it is.

“There is a proverb in Hindu that says acceptance brings relief from pain -acceptance is the key,” Ross said.

If you or someone you know is considering suicide, you can find resources here .