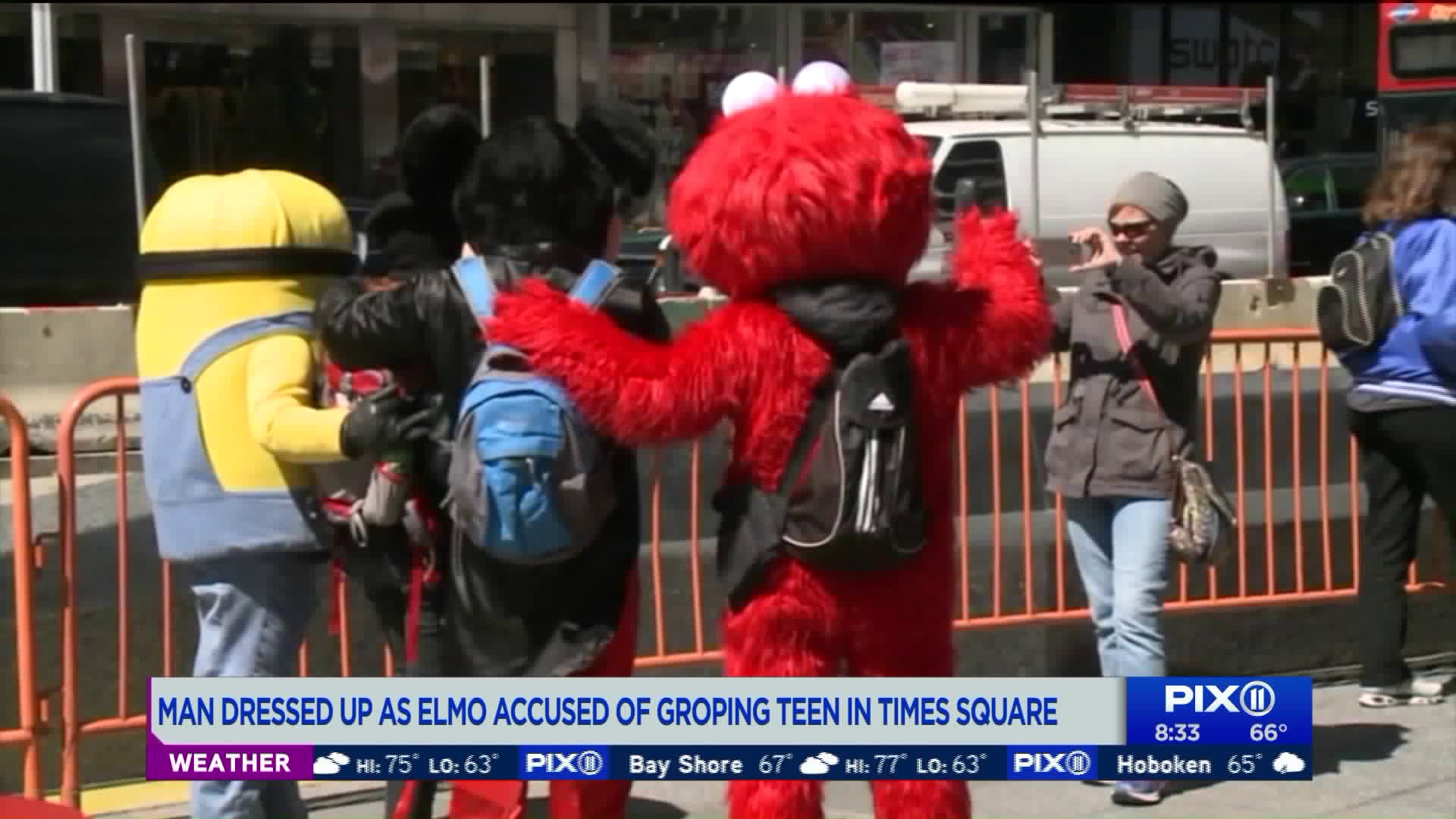 According to police, a man dressed up as Elmo grabbed a 14-year-old girl`s buttocks after she posed to take a photo with him in Times Square on Saturday, September 7, around 6:30 p.m. The man in the costume, Inocente Andrade-Pacheco of Passaic, New Jersey, was arrested and now faces charges including forcible touching and acting in a manner injurious to a child, authorities said. 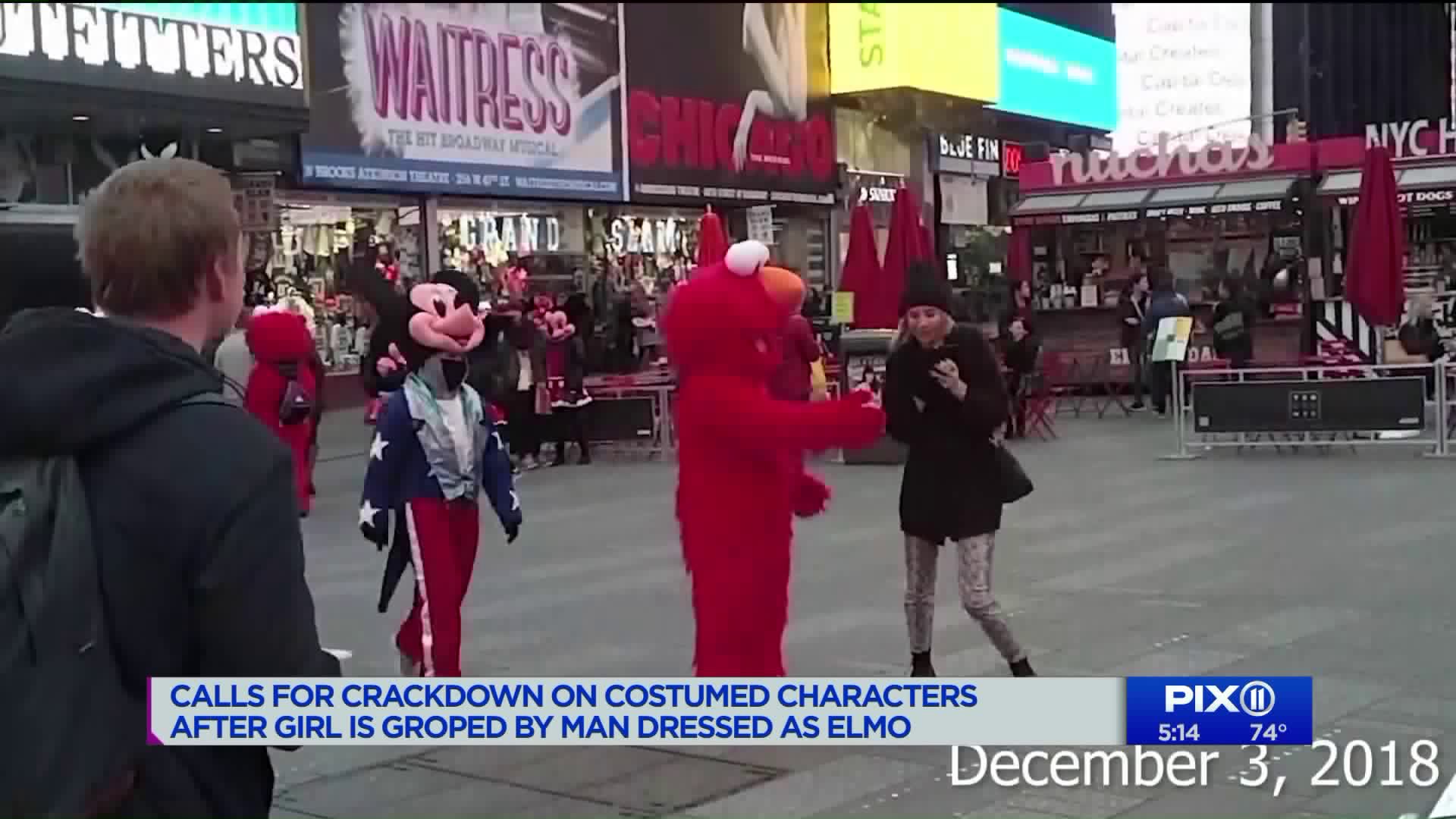 MIDTOWN — One of Times Square's costumed characters is facing multiple charges after being accused of touching a teenage girl inappropriately, police said.

According to authorities, the 14-year-old girl had just snapped a photo with the man dressed as Elmo from "Sesame Street" when he allegedly grabbed her buttocks. The incident happened around 6:30 p.m. on Saturday, police said.

Inocente Andrade-Pacheco, of Passaic, New Jersey, was arrested and is now facing charges including forcible touching and acting in a manner injurious to a child, according to authorities.

The incident is the latest in a long history of the costumed performers harassing and even fighting tourists, often stemming from arguments over tips.

There were several notable violent incidents in 2014, including Spider-Man punching a police officer in the face.

The same year, Woody from Toy Story was nabbed for reportedly groping several young girls, and Cookie Monster was cuffed for allegedly attacking a toddler.

In response to the violence, the city created "designated activity zones" in Times Square to section-off where characters can be and minimize peddling.

"What happened yesterday is an example of certain characters feel like they can get away with just about anything," said Tim Tompkins, President of the Times Square Alliance.