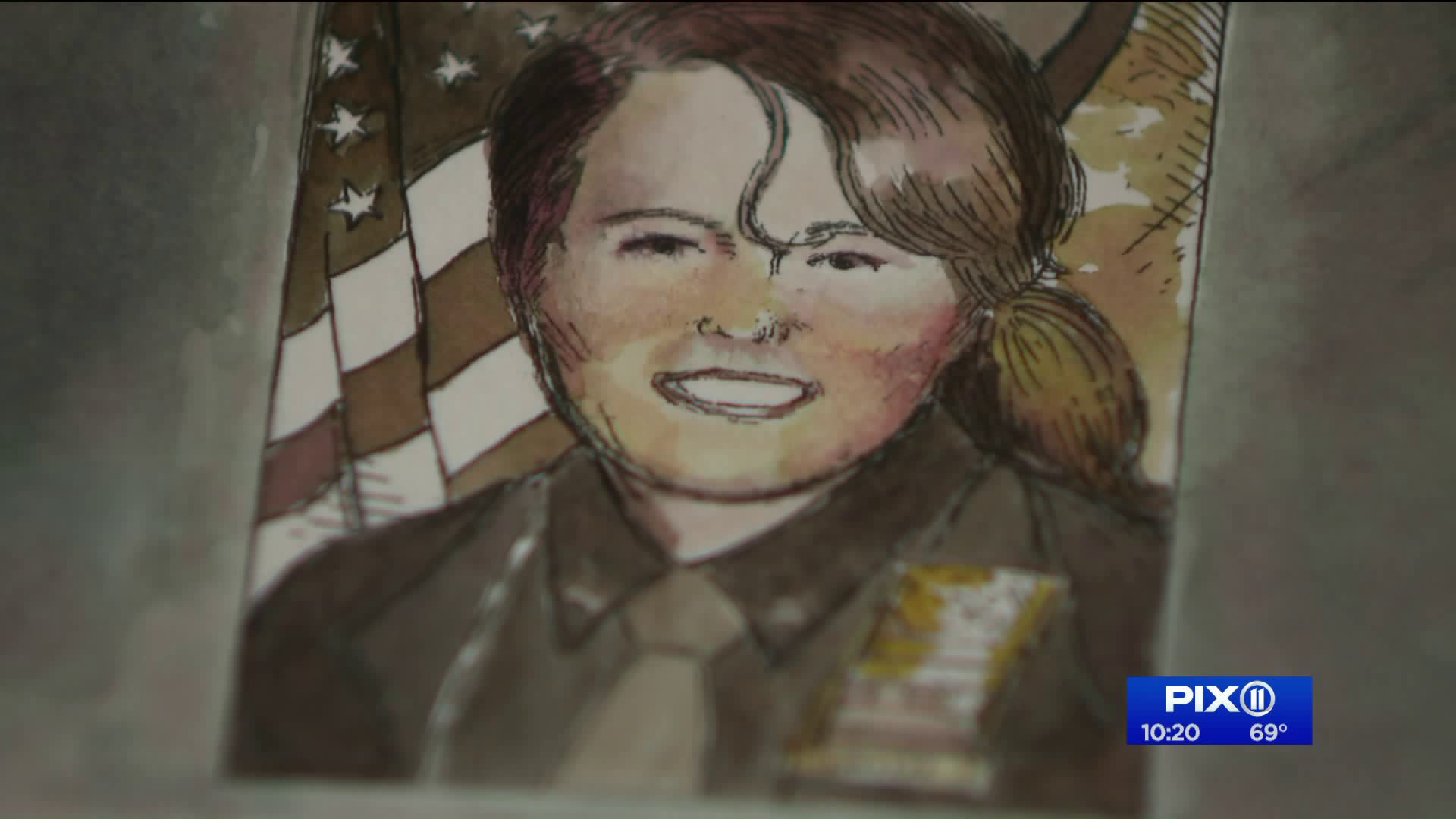 She had a young daughter at home when she saved hundreds of lives in the south tower minutes before it collapsed on 9/11. NYPD Officer Moira Smith`s memory lives on in a new comic.

NEW YORK — NYPD officer Moira Smith, who was the department’s only female cop to die on 9/11 nearly 18 years ago, is also the subject of a comic.

Comic creator Tony Wolf spotted her name on a ferry that traveled between Hoboken and New York. Other ferries were named for Betsey Ross and Thomas Jefferson; he'd hearth of them, but had no idea who Smith was. He went looking for answers and then put pen to paper so others could learn about the 9/11 hero just as he had.

"I don't want her memory to get lost," he said.

Smith, 38, had a young daughter at home.  She'd been recognized for her bravery before 9/11. Her husband, Jim Smith, was also a police officer. Officer Smith saved hundreds of lives in the south tower minutes before it collapsed.

Wolf collaborated with artist Morgan McCue, who did the coloring. The watercolors were all done by hand. It was important to get the right tone.

A Madison Square Park playground is named for Moira Smith.

"My family chooses not to mourn, except privately," Jim Smith said at the playground named for his fallen wife. "We celebrate her life and the person she was. There are a million stories about the things she did. This is another chance to remember her and get together."

The illustrations of Smith are available here.