K2 banned from bodegas, but it gets into city jails, causing inmate hallucinations 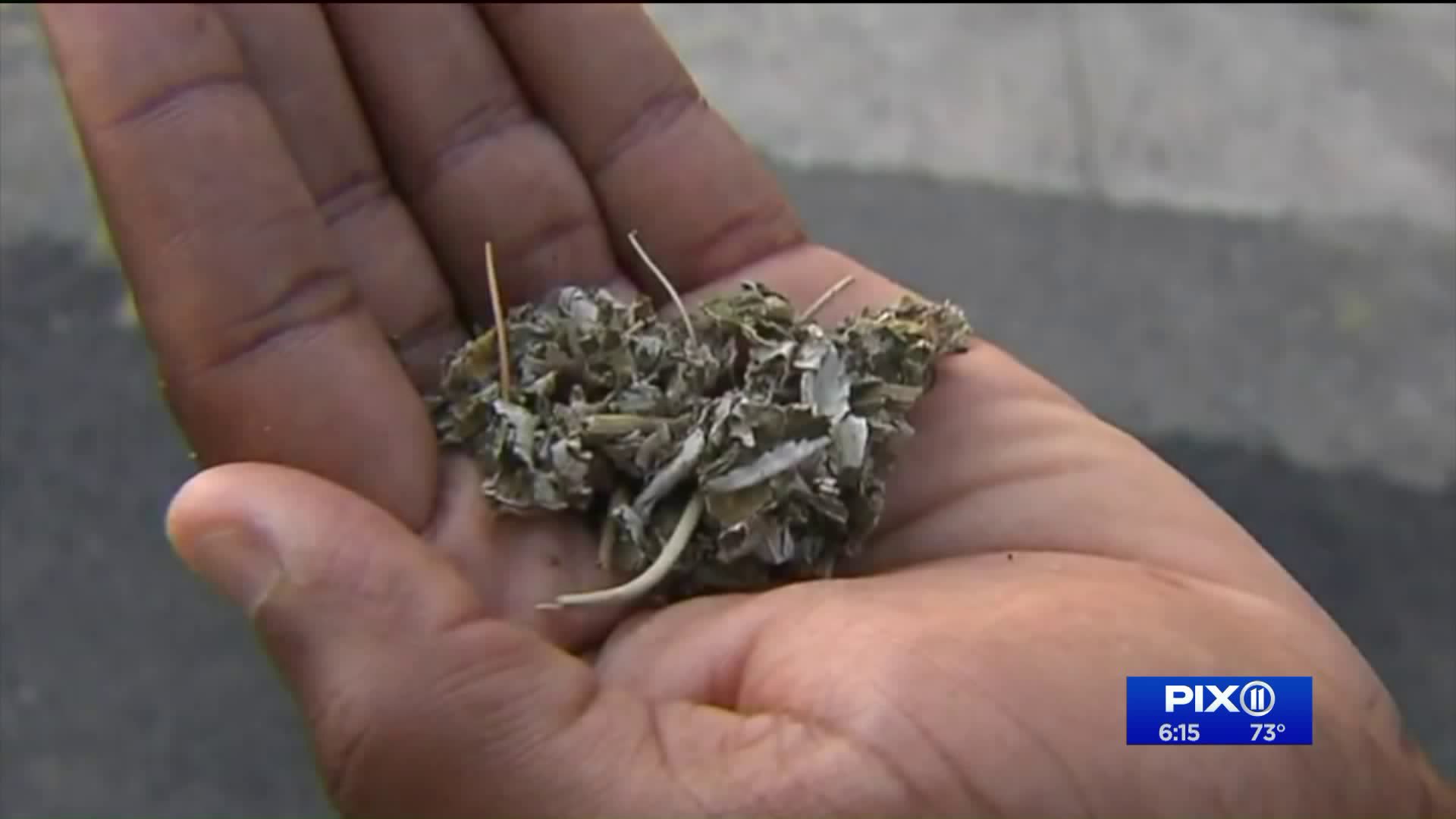 More than 40 people have been arrested while trying to bring K2 into the Brooklyn Detention Complex so far this year, according to the head of the correction officers union.

BROOKLYN — When an ambulance was called to the Brooklyn Detention Complex on Saturday, Aug. 17, it picked up an infamous inmate who was suffering from hallucinations.

The patient transported to The Brooklyn Hospital was 19-year-old Manuel Rivera, one of five men convicted in the 2018 fatal gang attack on Lesandro “Junior” Guzman-Feliz in the Bronx.

PIX11 learned from law enforcement sources that Rivera had smoked a “bad batch of K2.”

K2 is one of many names given to synthetic cannabinoid products—fake, marijuana-like material that’s sprayed with chemicals shipped from China. It can cause convulsions and seizures in users, sometimes leading to brain damage and death.

“We do have a good number of inmates that do go out to the hospitals due to the K2,” one NYC correction officer told PIX11. He asked to remain unidentified.

But Elias Husamudeen—president of COBA, the Correction Officers Benevolent Association—went on the record.

The union president cited the Brooklyn Detention Complex as an especially problematic site.

In 2018, the Miami Herald featured a video clip of an inmate writhing on a prison floor after using K2.

K2 was behind a spike in Florida prison deaths in recent years.

It also caused trouble in Pennsylvania in 2018. All 25 state prisons were put on lockdown in August and early September that year.

Correction officials suspected 50 prison officers got sick due to contact with inmates using K2 or Suboxone, a medicine used in the treatment of opioid addiction. They believed inmates were getting mail dipped in liquid K2 or Suboxone.

Pennsylvania ultimately dealt with the problem by having mail sorted in Florida and then sent on digital discs to prisoners.

Ray Donovan, special agent in charge of the New York division of the Drug Enforcement Administration, told PIX11’s Jennifer Bisram inmates won’t be getting a mellow buzz from K2.

We were waiting for a response Monday evening.