Dorian may be moving away, but there are still two months left of peak hurricane season 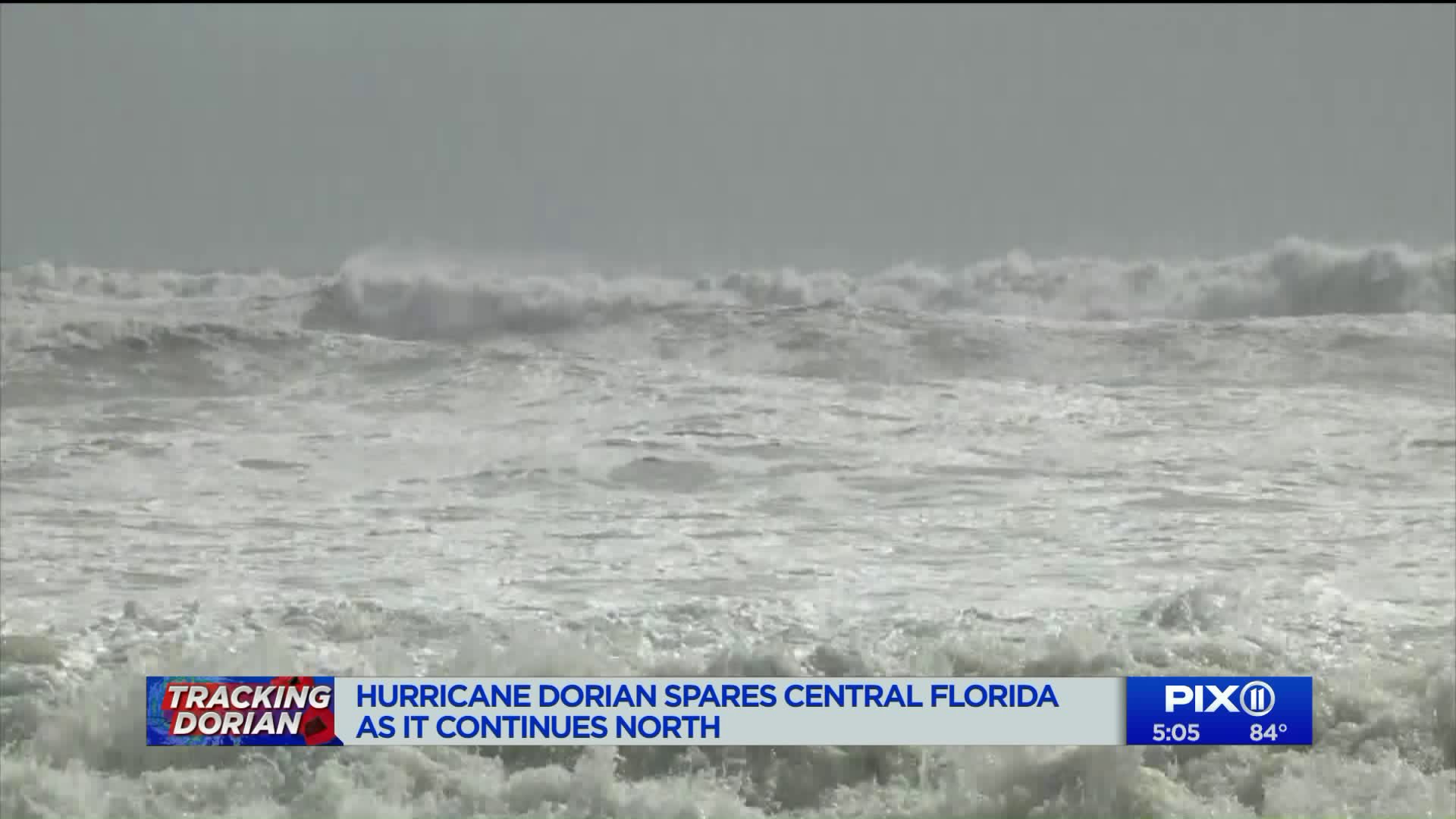 After a week of death and devastation in the Bahamas and flooding and tornadoes in the Carolinas, Dorian looks like it will be moving away from the US coast.

The center of the storm is expected to move southeast of New England by Saturday morning and make its way to Canada's Nova Scotia later in the day.

But the worst likely isn't over.

The Atlantic hurricane season, which started on June 1 and lasts until November 30, is just now reaching its peak. Hurricane season peaks on September 10, and during the eight-week period surrounding that date, storms begin to form quickly.

There are three other disturbances in the Atlantic

Besides Dorian, forecasters are currently watching three other disturbances in the Atlantic.

Think of a disturbance as the first stage of a potential hurricane -- it's a weather system that usually includes a collection of clouds and precipitation. A disturbance can turn into a depression, a tropical storm or a hurricane, depending on how much its wind speed increases.

Tropical Storm Gabrielle is in the middle of the ocean and is expected to become a hurricane early next week, according to the National Oceanic and Atmospheric Administration.

A disturbance off the west coast of Africa has a 20 percent chance of forming into a cyclone over the next 48 hours, NOAA forecasters predict. Over the next five days, that likelihood increases to 70 percent.

There's also another disturbance closer the Caribbean. That one has only a 10 percent chance of forming into a cyclone in the next two days, and the chances that it will form even later on remain low.

And that's just in the next few days.

There's a good chance that there will be more storm development in the Atlantic than usual in the coming weeks, according to the NOAA.

Forecasters from NOAA predicted in August that there's a 45 percent chance hurricane activity for the rest of the season would be above normal. The chances that the season will turn out to be near normal are 35 percent, they said, while the likelihood that activity will be below normal is 20 percent.

According to NOAA, the Atlantic hurricane season produces 12 named storms on average. A storm gets a name when it becomes a tropical storm, with sustained winds of 39 mph or greater.

This season, NOAA predicted that there would be 10 to 17 named storms and that five to nine of them would become hurricanes.

As things stand now, there have been seven named storms: Andrea, Barry, Chantal, Dorian, Erin, Fernand and Gabrielle. Two of them, Barry and Dorian, strengthened into hurricanes.

Dorian has been the only major hurricane so far, slamming into the Bahamas with sustained winds of 185 mph and gusts reaching 200 mph.

Why hurricanes are expected to ramp up

The reason there will likely be more storms in the weeks ahead is because the weather phenomenon known as El Niño has ended.

El Niño refers to a warming of the eastern Pacific Ocean, mainly along the Equator. During an El Niño, there are more storms and hurricanes in the eastern Pacific. But the effect in the Atlantic is the opposite, decreasing the chances a hurricane will form.

"El Niño typically suppresses Atlantic hurricane activity but now that it's gone, we could see a busier season ahead," Gerry Bell, lead seasonal hurricane forecaster at NOAA's Climate Prediction Center, said in a news release. "This evolution, combined with the more conducive conditions associated with the ongoing high-activity era for Atlantic hurricanes that began in 1995, increases the likelihood of above-normal activity this year."

Some of the worst hurricanes happened in September and October

If past years are any indication, the worst could be yet to come. Some of the most memorable hurricanes in recent history happened in September and October.

Hurricane Michael barreled into the Florida Panhandle in October 2018, becoming the strongest hurricane to hit the continental US since Andrew in 1992.

In September 2017, Hurricane Maria made landfall in the Caribbean island nation of Dominica and later in Puerto Rico. The storm left about 3,000 people dead and devastated the US territory.

In October 2012, Hurricane Sandy hit the Bahamas, Cuba, Haiti, Jamaica and Puerto Rico, before slamming into the Jersey Shore and wreaking havoc in New York and New Jersey. Sandy left more than 100 people dead and caused about $70 billion in damages, making it the fourth-costliest storm in US history behind Katrina, Harvey and Maria.

And in October 2005, Hurricane Wilma made landfall over Cozumel, Mexico, and later near Cape Romano, Florida. The storm killed 23 people and caused about $20 billion of damage in the US.