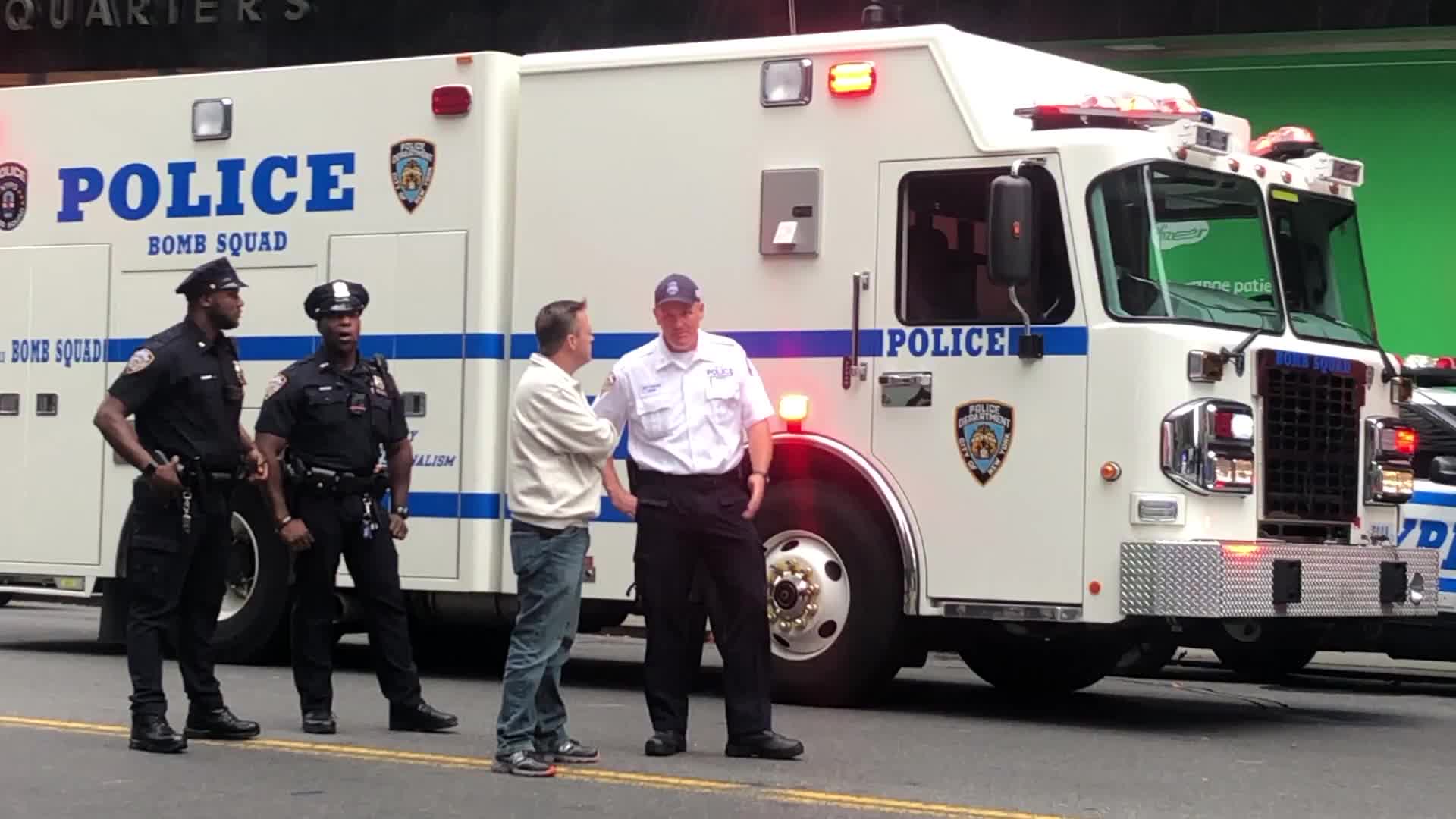 Mary Murphy was live at the scene after police closed streets following reports of a suspicious package near the Israeli Consulate.

MIDTOWN — An unattended package that was found near the Israeli Consulate has since been deemed safe, the NYPD Counterterrorism unit said Friday.

Authorities initially responded to a call of a suspicious package along 800 Second Ave. around 10 a.m., police said.

Second Avenue between 42nd and 43rd streets were temporarily shut down to traffic, police tweeted.

Authorities are advising everyone to expect residual delays.

Our @NYPDCT Bomb Squad has deemed the unattended package in the vincity of 2nd Ave and East 42nd St safe.

Please expect residual delays in the area at this time.@nypdnews pic.twitter.com/39qKQPCgog

The Consulate General of Israel is located in that area, an avenue away from the United Nations Headquarters.

Authorities in New York City have been on high alert since suspicious packages were found at a Manhattan subway station and on a street in Chelsea. The man seen dropping off the packages, later determined to be empty rice cookers, has since been charged.