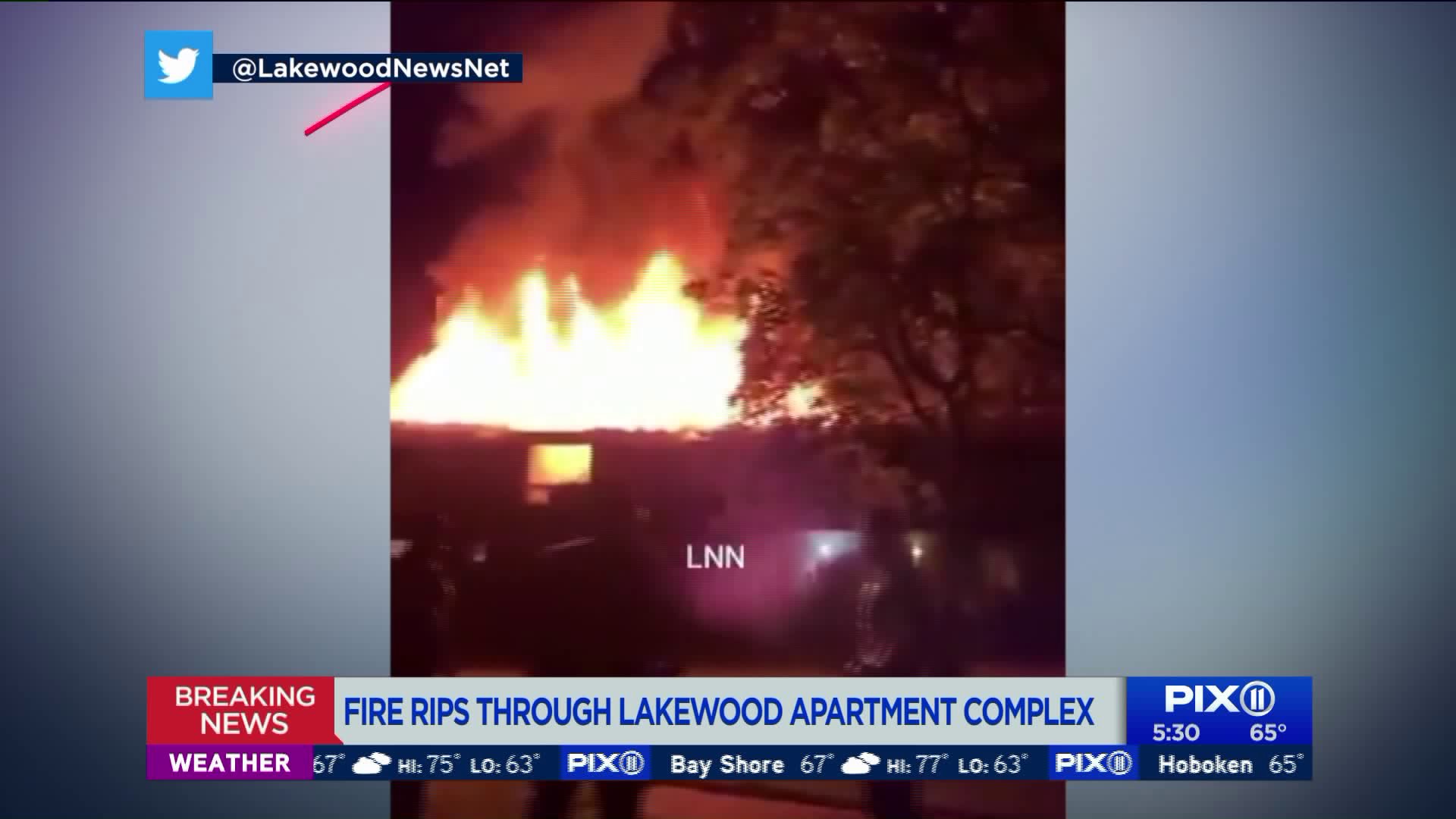 At least three people, including a young child, were injured when a fire broke out at an apartment complex in Lakewood, New Jersey; Dozens have been displaced after eight units were destroyed.

A fire broke out at an NJ apartment complex Sept. 6, 2019. (@LakewoodNewsNet)

Emergency responders were called to the fire at the complex along Prospect Street in Lakewood just before 1 a.m., according to Lakewood Assistant Fire Chief Jason Wallace.

When they arrived, firefighters were met with the blaze coming from the roof. Sixteen units were affected, eight seriously, according to officials.

Everyone was self-extricated from the fire. Two adults and a young child were injured and were taken to the burn center, fire officials said. The extent of their injuries were not immediately known.

About 54 residents were displaced, with 25 of them living in the eight severely burned units.

Red Cross was on the scene.

It took about 90 minutes for the blaze to be deemed under control.