First in Family: Bronx teen is the first in her family to attend college, fights for gender equality 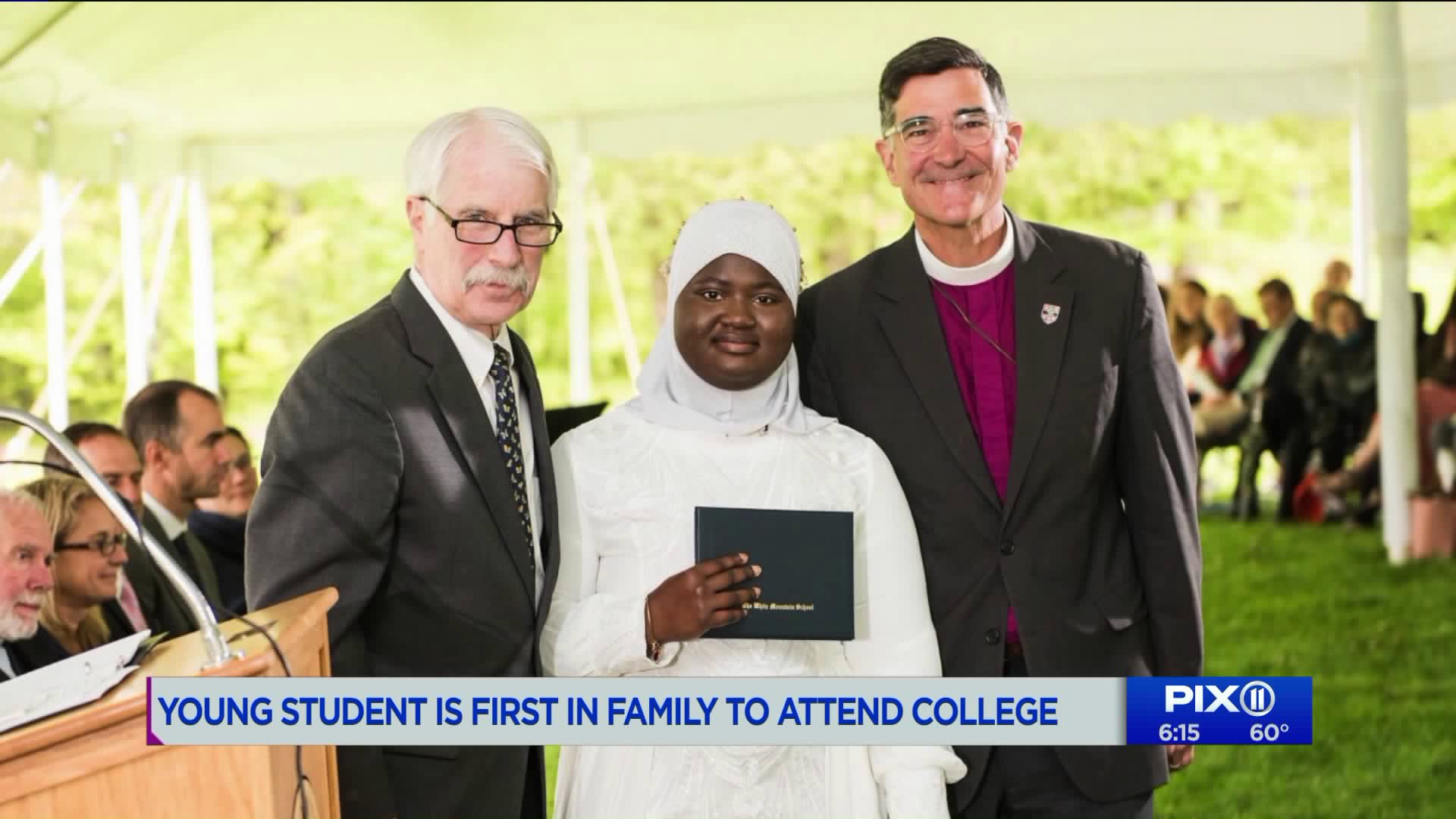 The future is bright for a Bronx teenager who has the honor of being the first in her family to attend college.

BRONX — The future is bright for a Bronx teenager who has the honor of being the first in her family to attend college. She just began her freshman year at Lafayette College in Easton, Pennsylvania.

What Cham is excited about is no small feat. She credits her immigrant parents with her strong work ethic.

"They're intelligent people, they're extremely smart but they never went to school. They didn't come halfway across the world for me not to pursue my education."

Cham's father, Mahamadou, is from Gambia. Her mother, Haja, from Senegal. Cham is the oldest of five children.

The family lives in a NYCHA building in the Bronx. Her road to higher education was inevitable. She attended public school and in junior high, a guidance counselor saw something special in her and suggested she apply for a private boarding school. Her perseverance paid off, she earned a full ride to the White Mountain School in northern New Hampshire.

"It was nerve wracking at first being the first Muslim hijabi at the school," said Cham. "I remember I cried the first week because I was not around my parents, I'm not around family."

In time, she found a group of like-minded people and grew from the experience. "I just had to adjust and realize not everyone gets the same opportunity as I do and that I'm not just doing it for myself, I'm doing it for everyone else."

While her educational accomplishments are many, her personal achievements are even greater. She speaks to girls about gender equality and devotes time to volunteering.

Her family is counting on her in so many ways, and as she begins college, she is delivering.

Cham was named a Coca-Cola Scholar, one of only 150 students nationwide receiving a $20,000 scholarship.

Between grants, scholarships and loans, she can concentrate on her studies. Lafayette was her first choice. She will be a member of the Class of 2023.

"I really love their Kirby Hall of Civil Rights. They have an amazing program for that," said Cham. "I also love the community. I see a lot of social justice work that’s currently going on there."

The go-getter has already decided to double major in government/law and communications. She plans on continuing her commitment to volunteering and public service.

"Yes I want to come back to New York City, and hopefully, one day, run for mayor or for public office. I really want to make a change in the community."