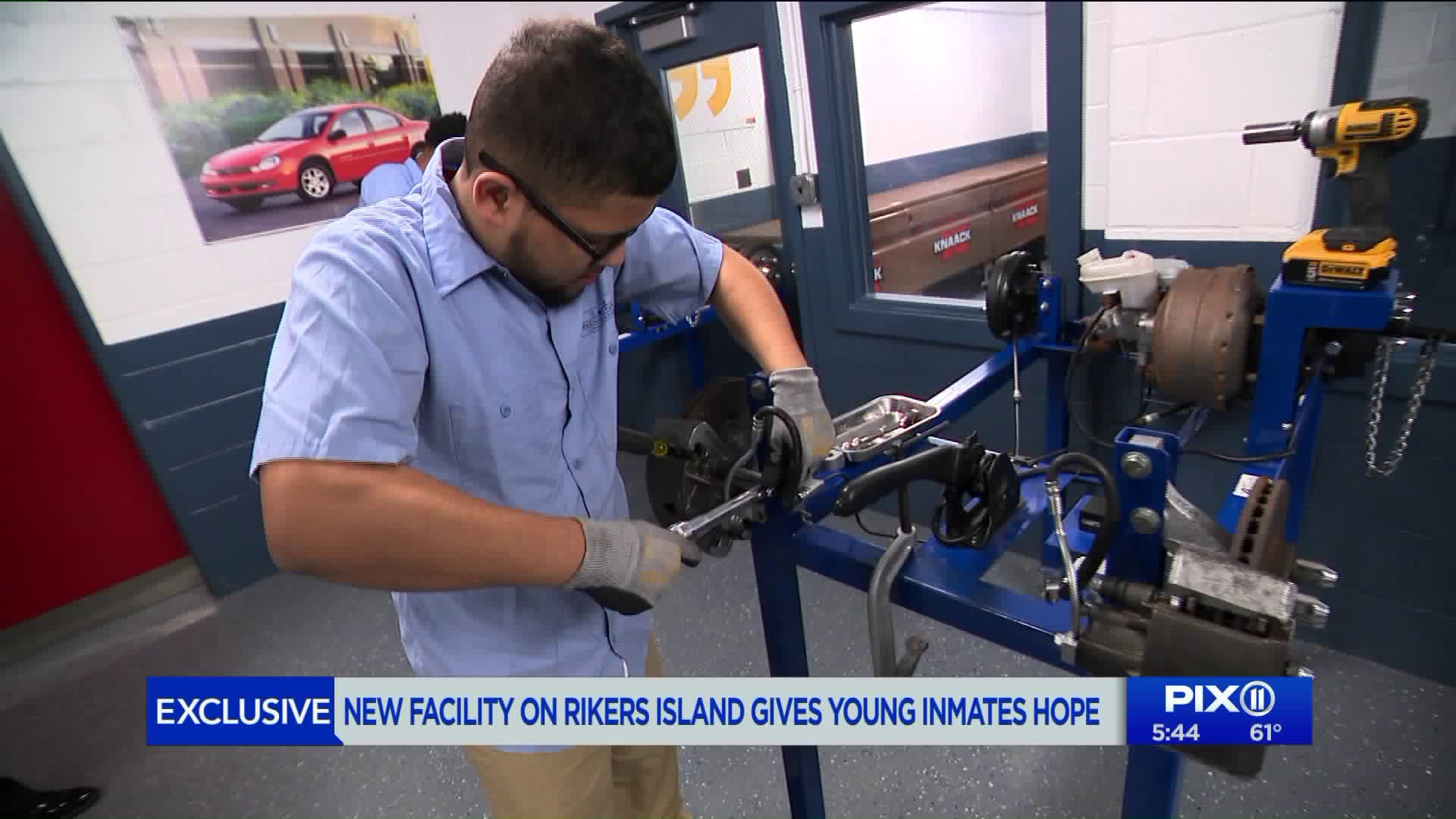 The goal of the new workforce and educational programs is to prepare inmates with the tools they need to help them get jobs and be better citizens once they`re released.

RIKERS ISLAND — William Flores, 20, has been on Rikers Island for almost a year, charged with felony robbery. But for the last few months, gardening has been taking up most of his time.

"I can grow anything I want in here now," he said in an interview Friday.

"I want to do my own planting when I get out of here, maybe have a community garden."

And, 21-year old Edwin Castillo is doing time on the island for criminal possession of a weapon. He spends his time now learning automotive skills until the end of his sentence.

"I'm learning how to take apart brakes, when to change them," said Castillo.

"I think it will help me on the outside to get a job at a shop."

Automotive and gardening are just two of the many trades being taught to young inmates at the new PEACE (Program, Education and Community Engagement) Center on Rikers Island.

"This is where the kids are able to use the simulators to learn how to drive," said Department of Correction Assistant Commissioner Francis Torres, who gave PIX11 an exclusive tour of the facility.

The goal of these workforce and educational programs is to prepare inmates with the tools they need to help them get jobs and be better citizens once they're released.
In some areas, younger inmates are paired up with older ones.

"They bring a little bit of what they went through so they wont make the same mistakes they made," said Captain J. Corporan.

In some of the courses, trained correction officers are the teachers.

"I teach reinforcement, how to respect one another, and cooking skills," said he said.

"The officers are not just about security, they're also about supporting their learning while they're under our care," said Torres.

The Department of Correction says the program helps reduce stress and violence for those who are in custody and keeps them meaningfully occupied.

The young inmates say it has already taught them some important lessons. And, they're looking forward to turning their lives around, beyond the jail walls.

"It taught me how to have a positive attitude, everything is fixable," said Castillo.