#DateMe: An OkCupid Experiment blurs the lines between theater and reality 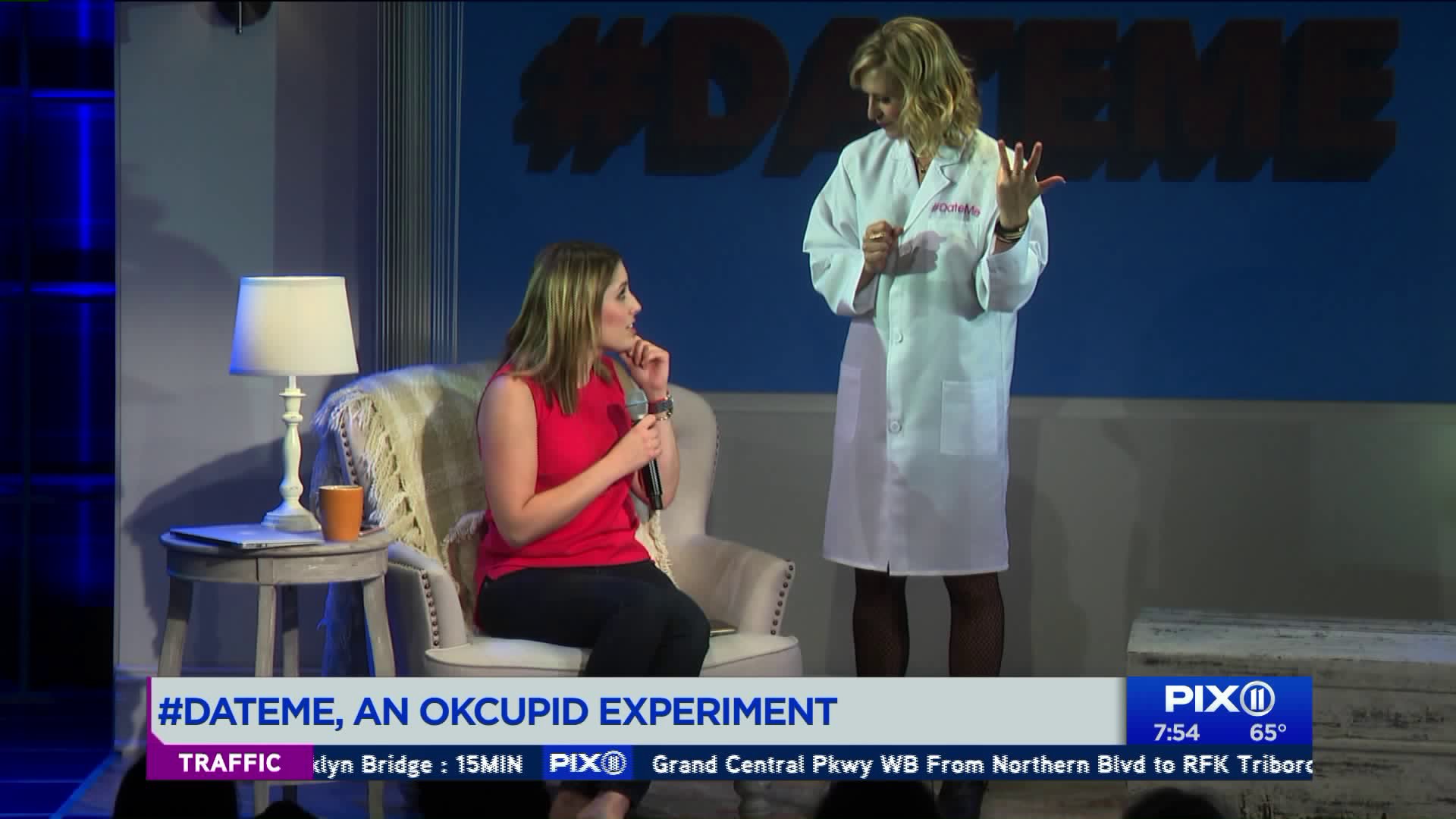 Blurring the lines between theater and real life, #DateMe: An OkCupid Experiment, it`s based on the true story of one woman`s failed search for live on OkCupid, which prompts an experiment

NEW YORK — Blurring the lines between theater and real life in the off-Broadway comedy #DateMe: An OkCupid Experiment.

It’s based on the true story of one woman’s failed search to find love on OkCupid, which prompts an experiment.

“Everything that is said between the characters is taken verbatim for the show between her characters and the real people who interacted with them,” actress Kaitlyn Black said.

Also real: the part of the show where they play matchmaker with two audience members called up to the stage.

OkCupid asks its users for six things they cannot live without.

Then, the cast creates improv magic.

The show is fun and silly, but has a universal message.

“You can try to create personas or characters, or put out what you think others will like, but at the end, you’re only going to find the person who loves you for you when you’re being yourself,” said actor Chris Alvarado.