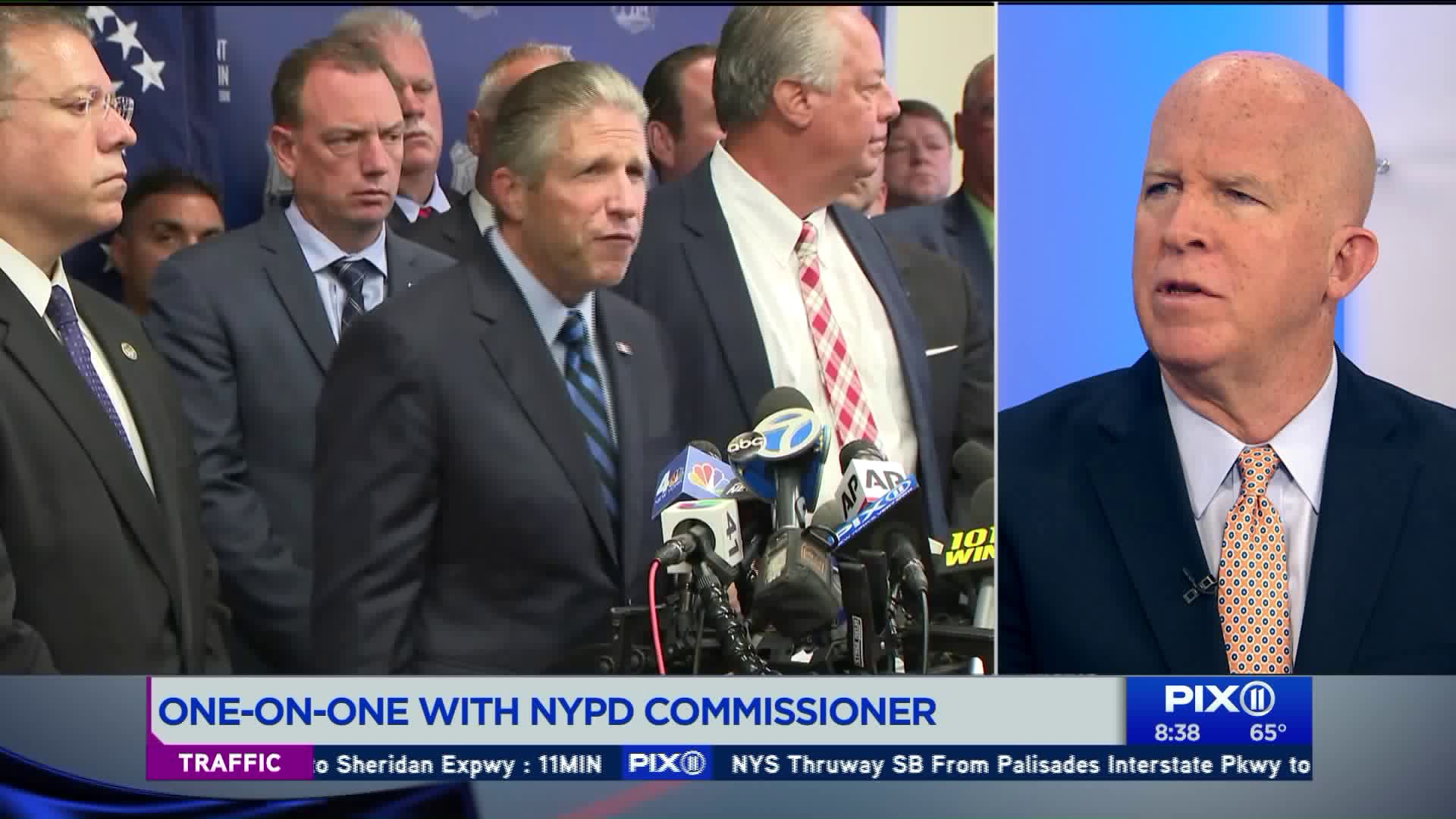 NEW YORK — Despite the number of shooting incidents have increased, overall crime in New York City is dropping.

NYPD Commissioner James O`Neill discussed the latest spike in gun violence across the city, including one shooting on Labor Day where a man was involved in a shootout with officers in Brooklyn.

“We do have some issues and challenges” in specific areas, but they’re shifting resources to make sure there’s community outreach, O’Neill said.

O’Neill also added that the “big thing” is that crime overall is down, and it’s been going down from previous years.

Another issue among the NYPD: The recent uptick in officer suicides. O’Neill reiterated the fact that the police force has several services available, but the issue is the stigma of coming forward.

The police commissioner is not only asking police officers to get help when needed, but to also have people surrounding them know when they need to step up.

As for Mayor Bill de Blasio’s 2020 run, O’Neill said the mayor’s run has not hindered their relationship and they always reach out to each other when needed.

As for his thoughts on whether or not de Blasio should drop out, O’Neill said “It’s up to him. It’s his choice.”