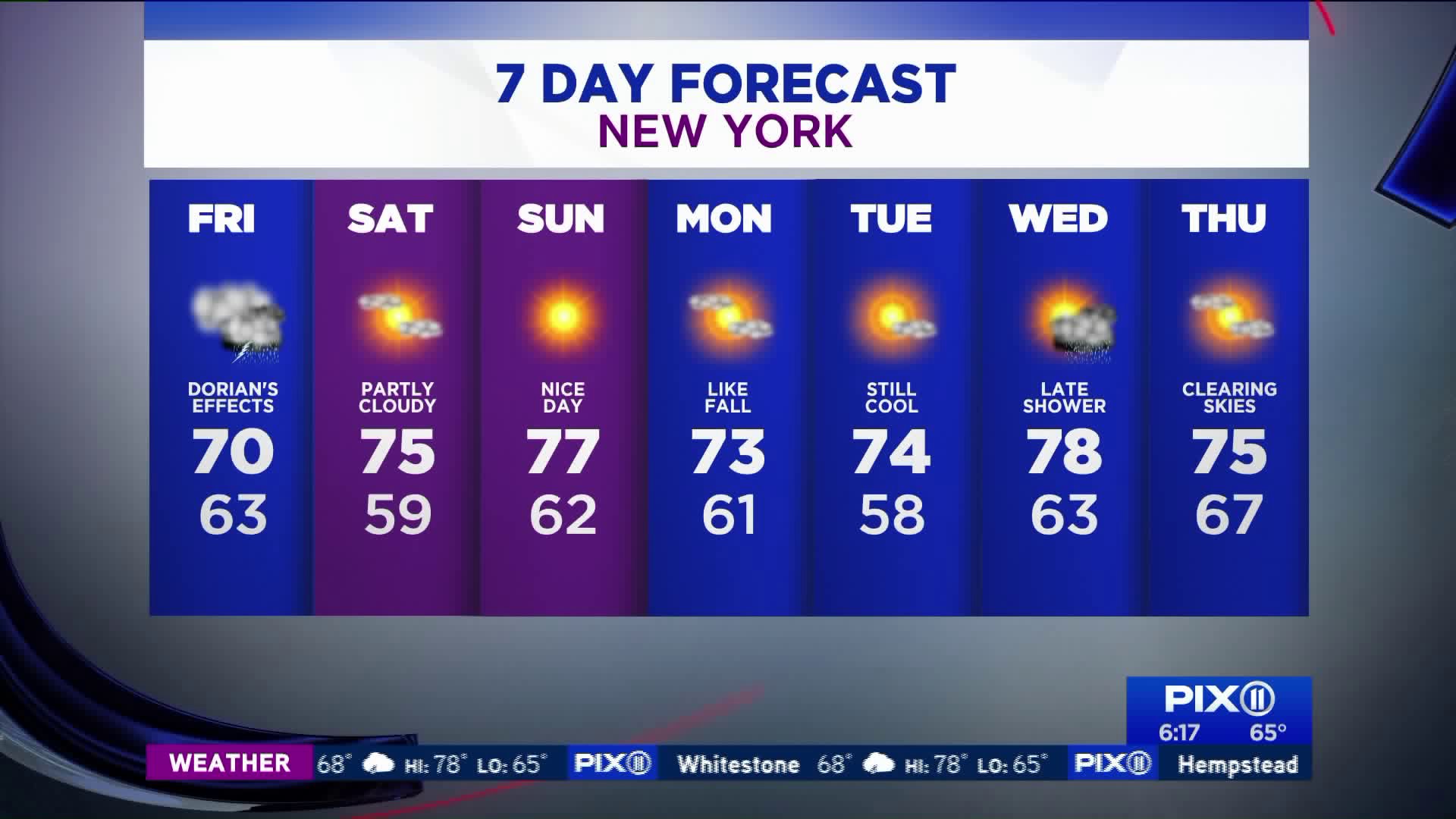 As the storm makes its way up the east coast, expect rain to develop and gusty winds along the coastal areas. Byron Miranda has the forecast.

Hurricane Dorian brought apparent tornadoes and heavy rain to North Carolina Thursday and forecasts show it will move up the coast and have a grazing impact New York and New Jersey on Friday.

The greatest effects will be felt along the coast and over the waters as Dorian moves south and east of the region, according to the National Weather Service.

Tropical storm force winds are expected from Fenwick Island, Delaware up to Great Egg Inlet, New Jersey on Friday, forecasts show. Gusts up to 45 mph are possible. There could also be some coastal flooding as rain is expected. Dangerous surf and rip currents are expected.

We can expect rain to develop later Friday morning along with gusty winds over eastern sections of the tri-state area.  The high temperature will be 70 degrees in New York City, and upper 60s in the suburbs.  High surf and dangerous rip currents will last through the afternoon and into Saturday.

Clouds will lower and thicken overnight as Dorian moves along the coast, according to the weather service. Rain and winds will increase throughout the day on Friday. There could be gusts up to 35 mph across easter Long Island.

Dorian should move quickly and depart the area on Saturday.