Good Samaritans clean up house of trash in Queens 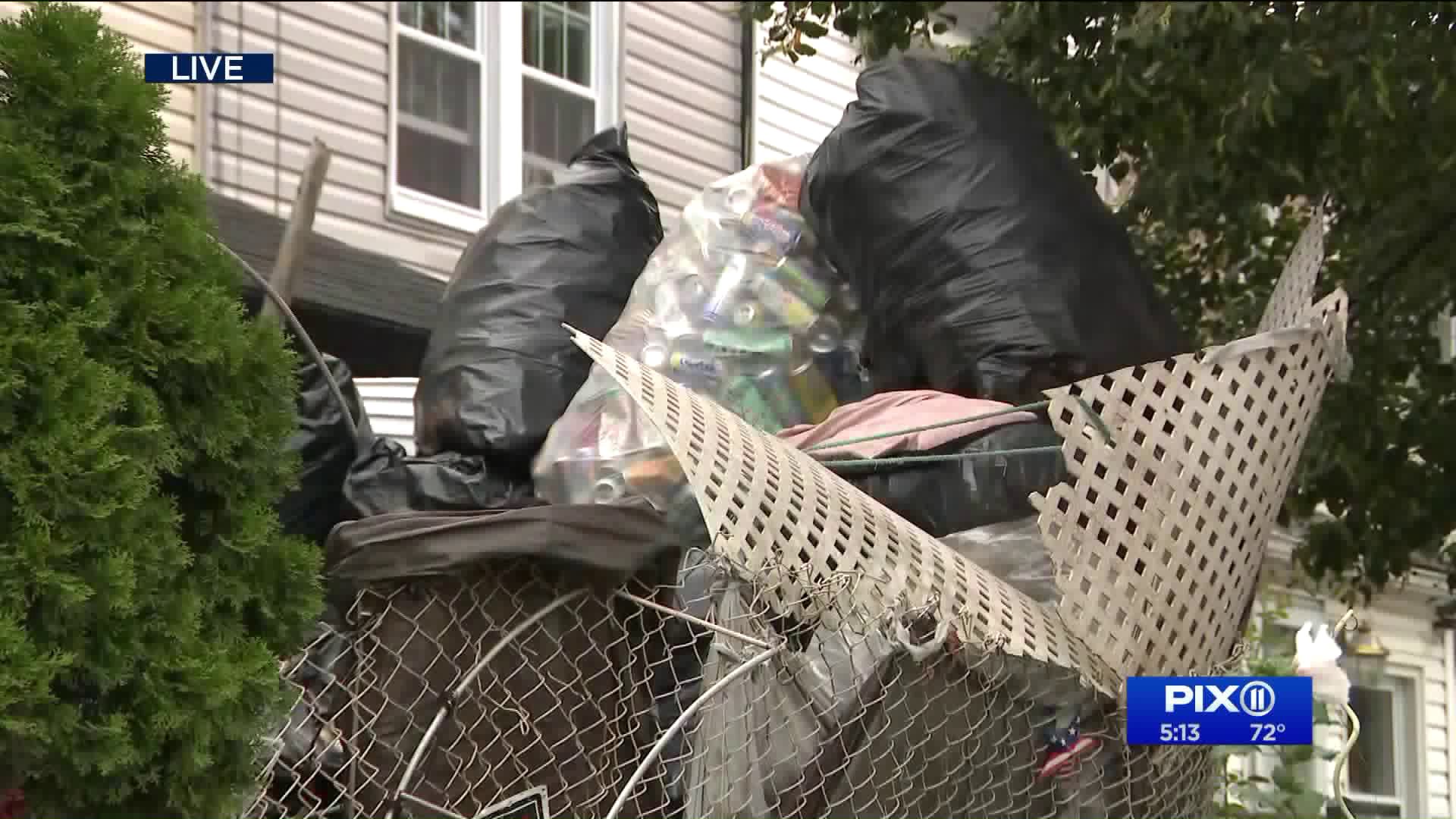 A front yard in Queens has been filled with trash for years, but neighbors stepped up to clean the smelly eyesore on Thursday. Most of it was bags and bags of recyclable bottles and cans that the neighbors have complaining about for years.

SOUTH JAMAICA, Queens —A front yard in Queens has been filled with trash for years, but neighbors stepped up to clean the smelly eyesore on Thursday.

Neighbor and friend Sheldon Williams said Carmine Bhimull, the 57-year-old resident of the 118th Avenue home, is a hoarder.

"She needed help with that," he said.

The front yard was filled with everything imaginable. Most of it was bags and bags of recyclable bottles and cans that the neighbors have complaining about for years.

The landlord racked up an astounding $343,000 in fines since 2015 for failure to keep the property safe and up to code.

“What’s going on here has been going on for nine years,” Williams told PIX11 News. “The City failed Carmen to give her the mental health she needed. With $343,000 in fines, they use a big stick. Not the way to treat someone with mental issue."

Williams showed PIX11 the two notices the city Sanitation Department and Buildings Department posted to the home even after Bhimull was taken by ambulance to Queens General Hospital for a mental health evaluation Wednesday afternoon.

She called Sheldon from her hospital bed during the cleanup, worried that her friend and neighbor might be tossing away some valuable items or her recyclables, which he says are her livelihood.

“So do me a favor and we work together to get rid of stuff inside and outside,” Williams could be heard saying on the phone.

Williams, another friend and the owner of the property, Mahindra Ramallah, worked all day and expect it will cost them close to $1,000 for the van rental and legal dumping, something the neighbors applaud.

“I am really happy they are cleaning up,” Sharon, a next door neighbor of 12 years who did not want to give her last name, told PIX11 News. “Constant turmoil of shouting and the smell has been atrocious."

She wasn't the only thankful neighbor.

“I thank him. Not all of us can afford it but thank you, Sheldon, thank you,” Junior Lewis, another neighbor, told PIX11 News.

The NYC Sanitation Department and NYC Health Department are still trying to get a court order to clean up the so-called Queens garbage house on Friday: