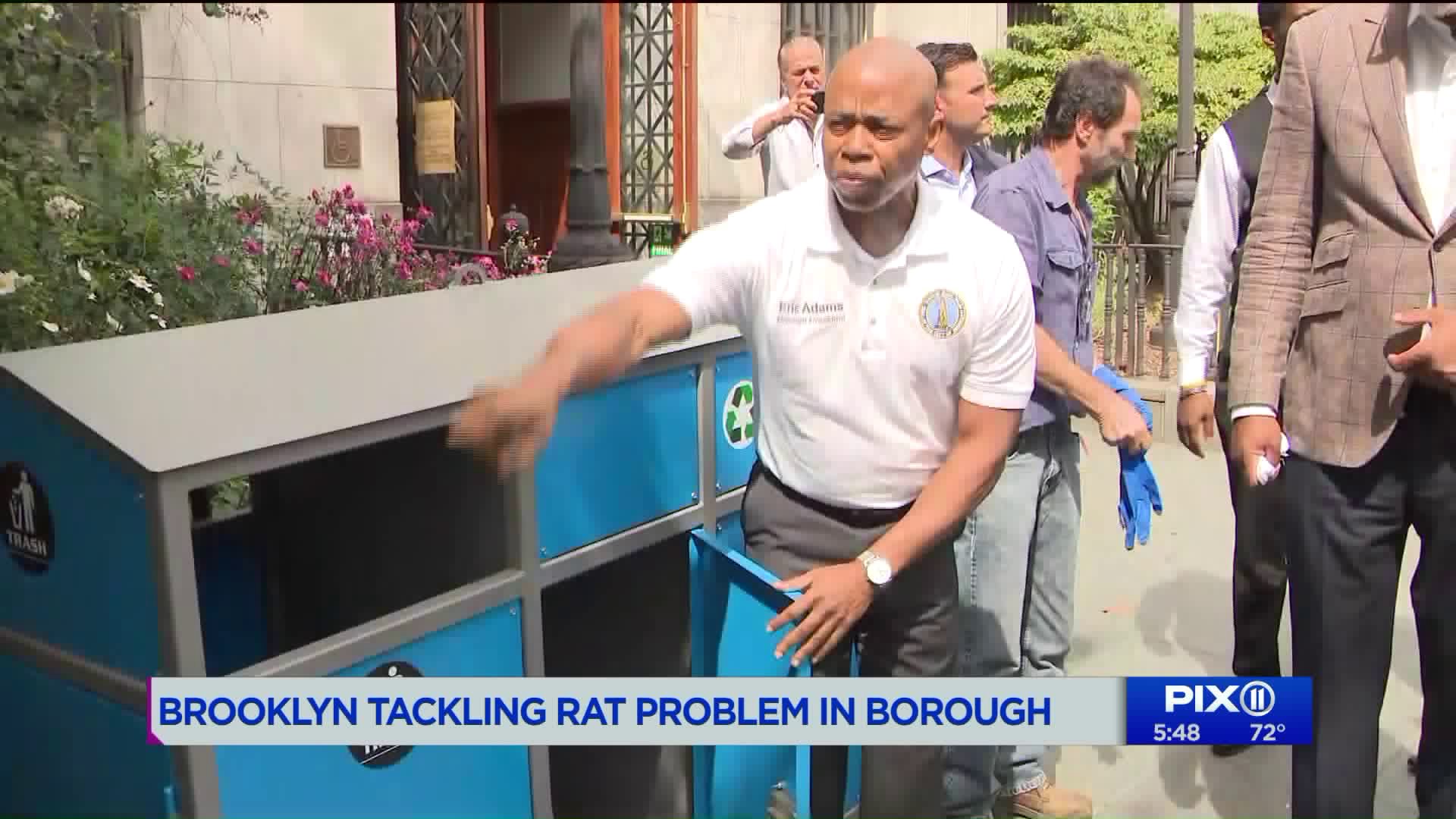 Borough President Eric Adams showed PIX11 News the results of a month-long experiment in Borough Hall where they tested out the Ekomille rat trap.

BROOKLYN — Borough President Eric Adams showed PIX11 News the results of a month-long experiment in Borough Hall where they tested out the Ekomille rat trap.

It looks like a plain box, rats are attracted to the box by nuts and seeds. Once they enter the box they are moved to another compartment filled with an alcohol/water solution and they eventually die. The company claims there is no smell and the box is cleaned out once a month.

During the experiment, 107 rats were caught inside Borough Hall.

PIX11 News also walked down Fulton Street in Bed Stuy with Councilman Robert Cornegy Jr. to talk about the rat problem along the business district.

Adams is expanding the pilot to a NYCHA complex and a business area in Bed Stuy. He hopes this might spur the boxes being used throughout the city.