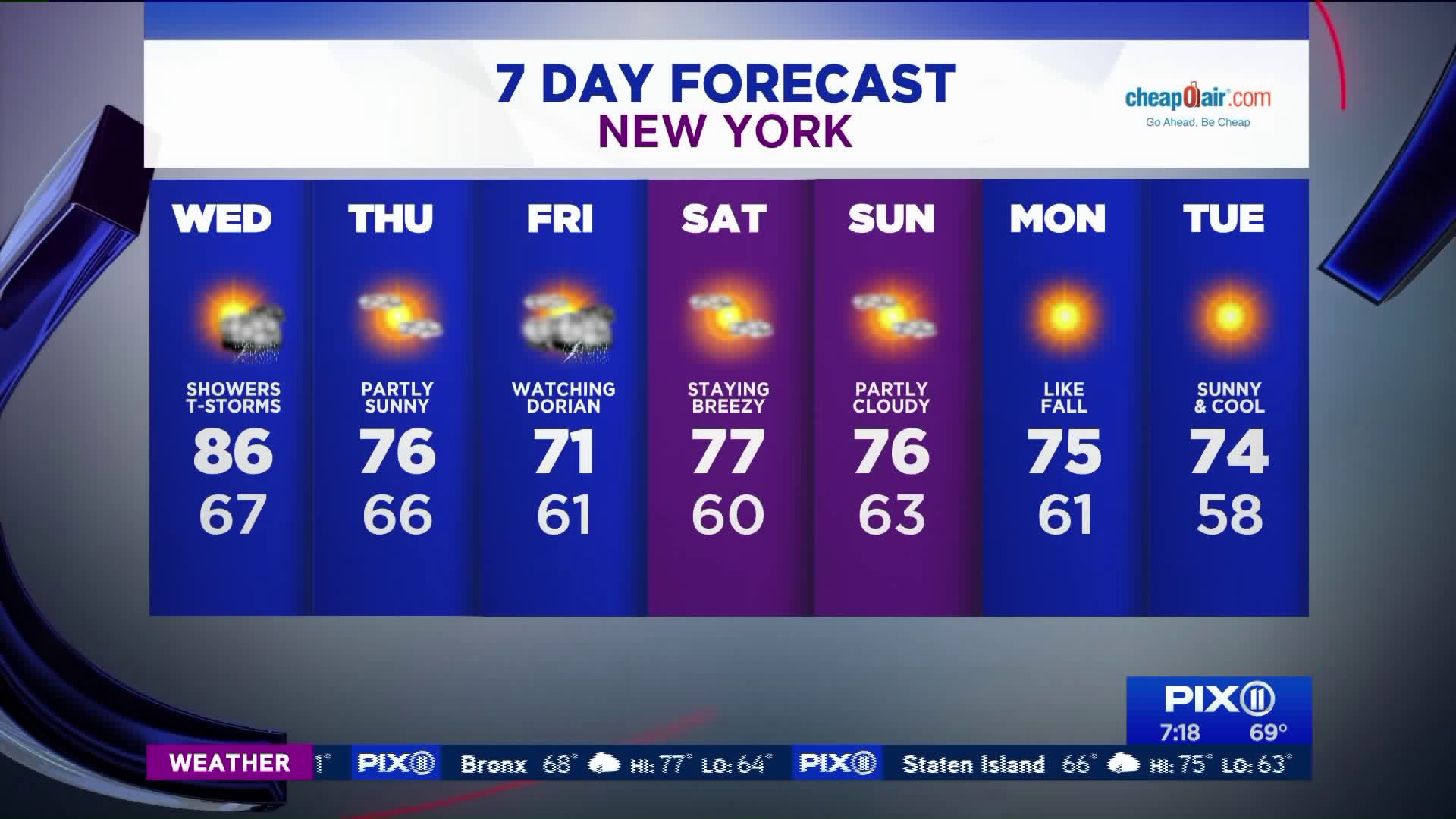 NEW YORK — Unsettled weather will hit portions of the tri-state area Wednesday afternoon, with partly sunny skies giving way to showers and thunderstorms.  Some of these storms may contain gusty winds and heavy downpours.

The National Weather Service has issued a severe thunderstorm watch for much of the tri-state area and other parts of the Northeast, expiring at 9 p.m.

A severe thunderstorm watch has been issued for parts of CT, ME, MA, NH, NJ, NY, PA, RI, VT until 9 PM EDT pic.twitter.com/IEYd3Fwk73

Wednesday's threat of storms will give way to Hurricane Dorian's remnants, expected later in the week.

We will start to feel the effects of Dorian late Thursday night starting with the wind. Preliminarily, the actual center of the storm will make its nearest pass well south and east of Montauk Point sometime on Friday. Expect winds to gust 25 to 40 mph at times during the day. The east end of Long Island could get gusts to 50 mph before it eases off on Saturday.

Some showers could move in on Friday from Dorian’s outermost rain bands. At times, it could be on the moderate to heavy side that could lead to localized flooding.

Along shore, risk of rip currents will not only be the issue. The ocean facing beaches will be battered with heavy surf, which will lead to some beach erosion, especially from Friday into Saturday morning.

Because Dorian is still some days away from making its closet pass, the storms potential impacts are not yet certain.

Friday will be mostly cloudy with scattered showers possible as hurricane Dorian will pass well offshore in the Atlantic.  The exact effects this system will have on the area will depend on the track and speed of the storm as it passes.

Dorian is inching up the East Coast after ravaging the Bahamas, where at least seven have died, CNN reports.