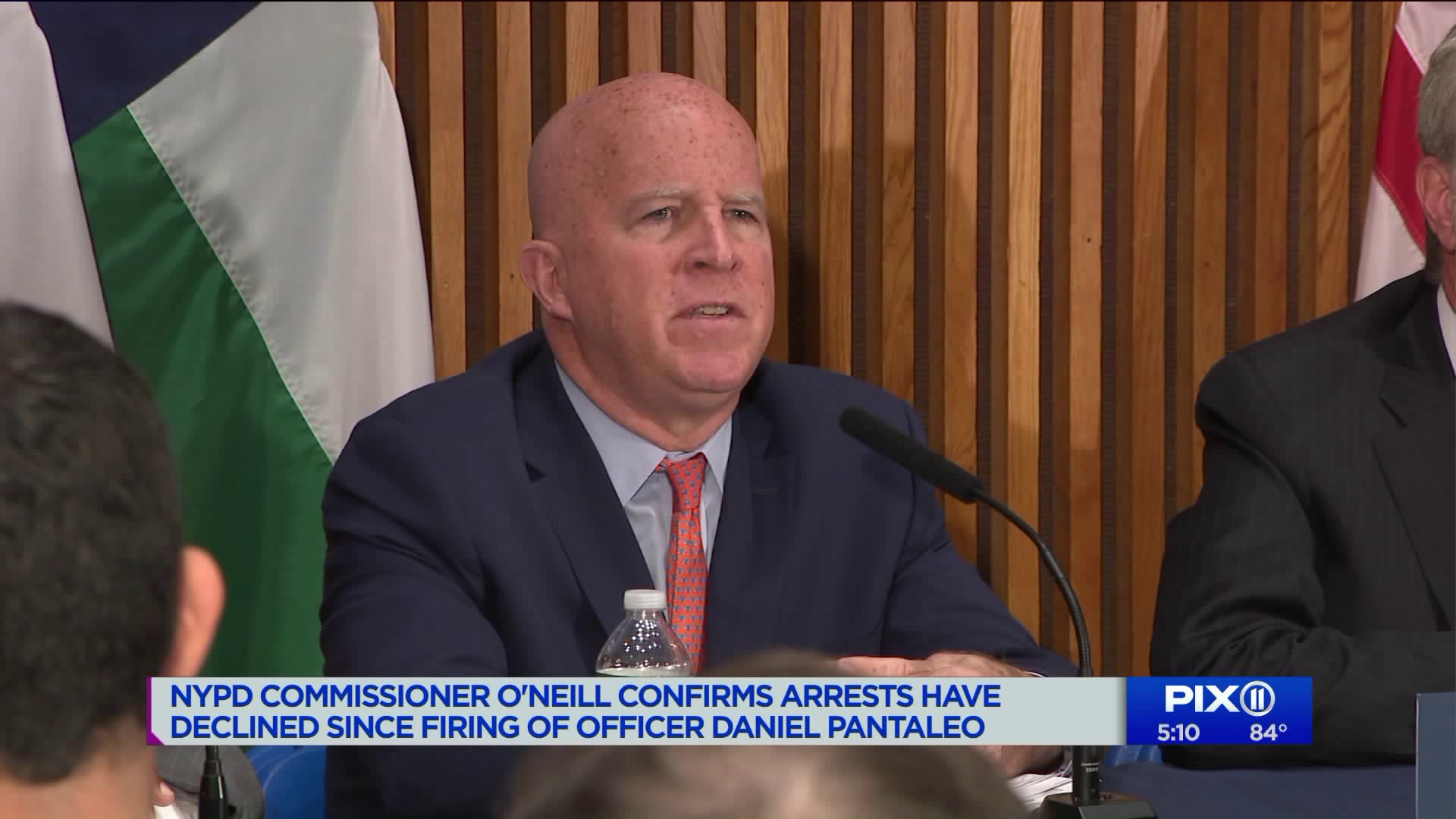 Arrest rates around the city plunged in the wake of the controversial decision to fire the police officer involved in the 2014 death of Eric Garner. NYPD Commissioner James O`Neill attributed the fall to an overall drop in crime rather than something connected to the firing of Daniel Pantaleo.

NEW YORK — Arrest rates around the city plunged in the wake of the controversial decision to fire the police officer involved in the 2014 death of Eric Garner.

Felony arrests are down about 11% and misdemeanor arrests are down about 17% since Officer Daniel Pantaleo's Aug. 19 firing, compared with the average daily totals for the rest of the year, NYPD Commissioner James O'Neill said Wednesday. At the same time, the NYPD has seen a 32% drop in moving violations, he said. O'Neill attributed the fall to an overall drop in crime rather than something connected to Pantaleo's firing.

"I have all the confidence in the world in the men and women of the New York City Police Department that they will continue to drive down crime and keep the people of this city safe," he said Wednesday.

He said he and other department leaders are studying data such as sick time usage, response times, radio backlogs and enforcement activity to pinpoint where and why fewer arrests are occurring.

"When someone calls 911 and there's a circumstance where you have to put your hands on someone, call your sergeant first, call emergency services second," he previously said.

Lynch said that officers would continue to uphold their oath to serve and protect the public, but not "by needlessly jeopardizing our careers or personal safety." He said it was time for each officer "to make their own choice" and that the union urged them to "proceed with the utmost caution in this new reality, in which they may be deemed 'reckless' just for doing their job."

"This is something Pat feels the need to do for his membership and, I'll say it again, I disagree with him very strongly," O'Neill said.