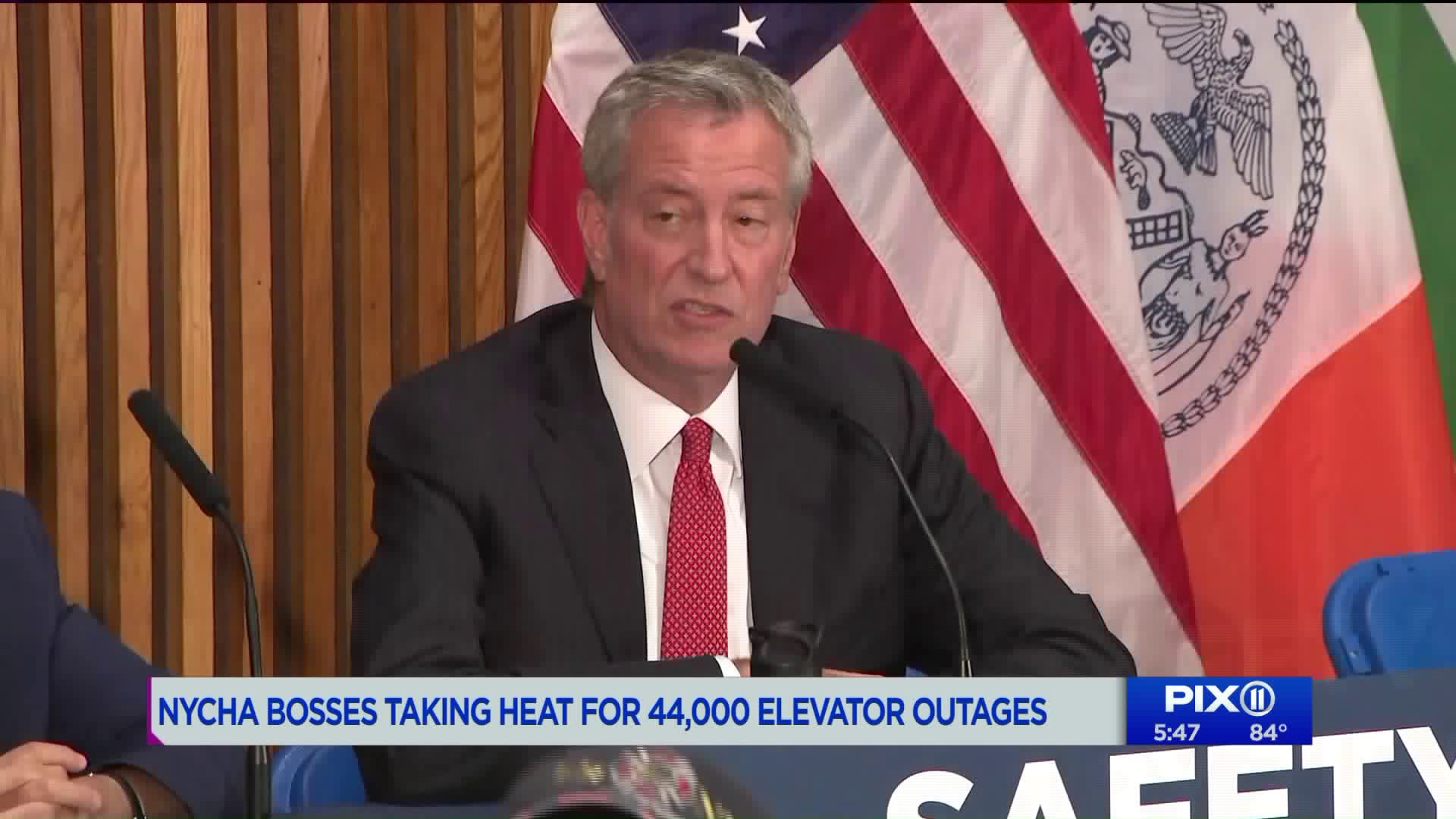 NYCHA bosses were in the hot seat over elevator outages at a city council hearing Thursday.

NYCHA bosses in charge of thousands elevators were grilled by the city council Thursday afternoon in a public hearing at 250 Broadway.

“The numbers are shocking. That is why we are working with HUD and the federal monitor very diligently,” said Koch.

Koch says the need is over a billion dollars in capital repairs for elevators and adding more staff.

“It's unacceptable, if someone has a disability and the elevator is not gonna' function, they have to be moved to another apartment. We can't let that happen to anyone," said Mayor de Blasio when asked about the problem.

According to testimony by Koch, things are getting better.

From January to August there have been approximately 28,400 outages city wide, about 500 fewer than the same time last year.

“We have problems with our elevators. It's not a secret. We are not pretending it’s not a problem. This is a serious serious problem that we are trying to solve,” she said.