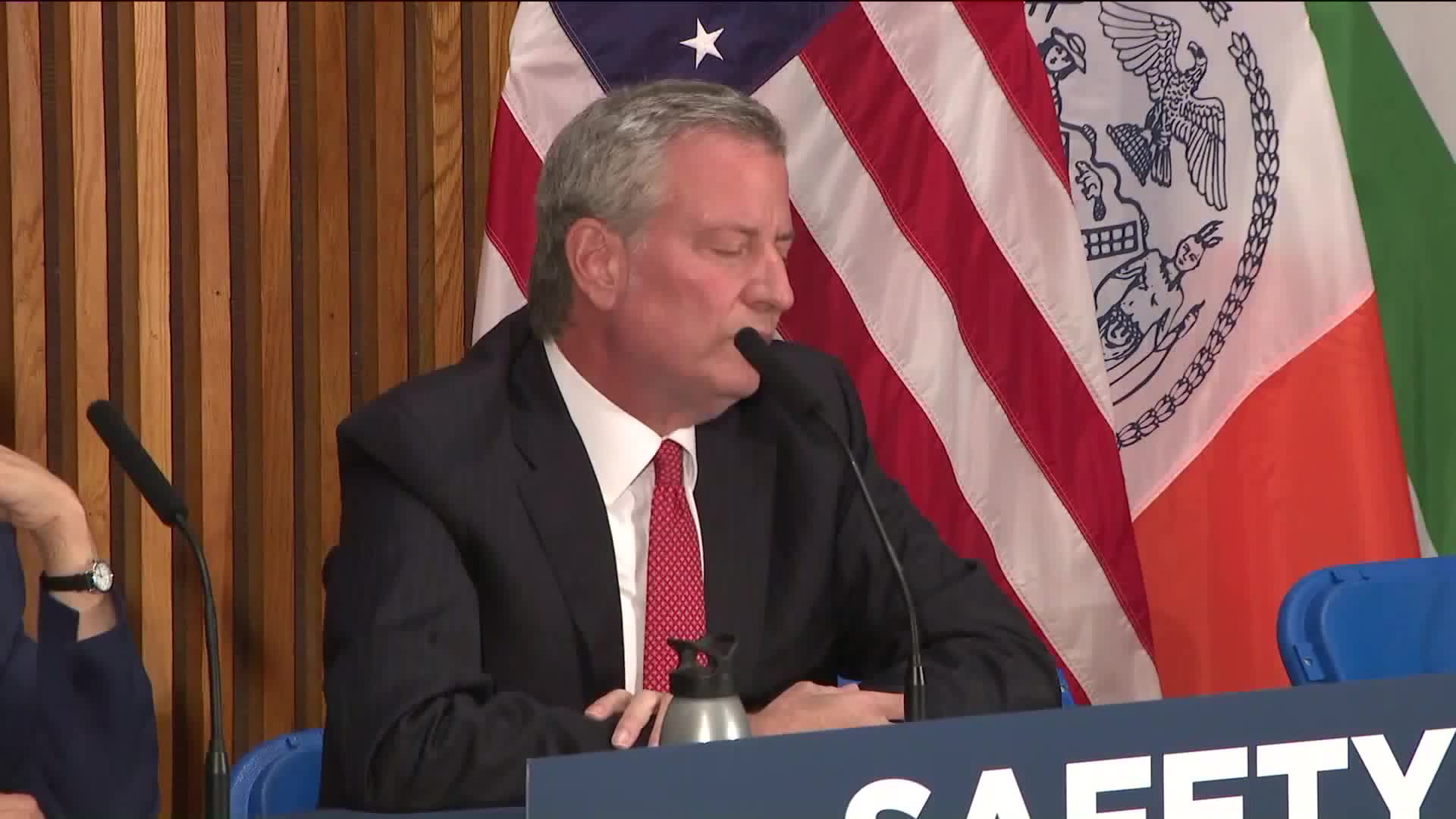 NEW YORK — Mayor Bill de Blasio said Wednesday that he would consider ending his presidential campaign — which has become controversial with residents of the five boroughs in recent months — if he failed to quality for the Democratic Party's next round of debates, slated for October.

"I'm a human being, I have eyes to see," said de Blasio, in reference to the weight these debates carry when it comes to the viability of a presidential race in the court of public opinion.

"I don't think the debates are the end-all be-all, and I think the polling really bears it out," he said. "But they are kind of the 'Main Street' of the dialogue."

De Blasio did not qualify for the September debate, which will take place on September 12 in Houston. In order to qualify, candidates had to meet polling and funding thresholds.

"I wanted to get into the September debates, that wasn't possible," he said, adding that if he makes the October debate, it's a good reason to keep his campaign going, but if he does not, "it's really tough to conceive of continuing."

He also acknowledged the difficulties of being mayor and presidential candidate at the same time, though his time in office has made it easier for him to juggle both, he said.