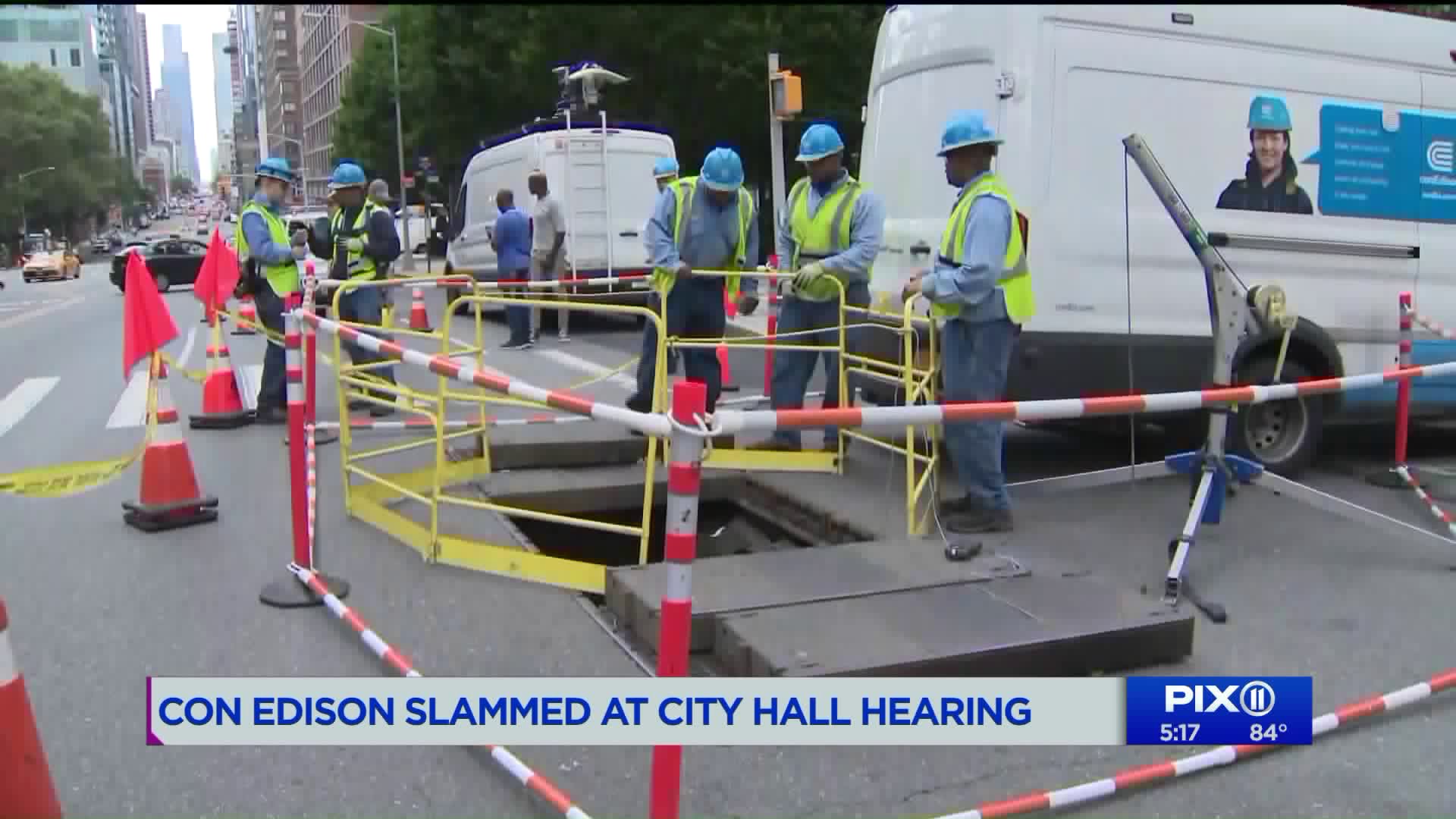 Con Edison executives gave testimony and answered city council members questions Wednesday at City Hall. Topics included the July blackouts on Manhattan`s west side and in southeast Brooklyn. Tens of thousands of people lost power. There were different problems in each power loss, but the criticism was the same: Con Ed is not prepared.

Will blackouts be back next summer?

"If I were you, I would be saying I am so f-ing sorry for what happened," an angry City Council Speaker Corey Johnson said. "This is embarrassing! This is terrible!"

Topics included the July blackouts on Manhattan's west side and in southeast Brooklyn. Tens of thousands of people lost power. There were different problems in each power loss, but the criticism was the same: Con Ed is not prepared.

"I want to make it clear that the outages from the heat wave and those on the west side of Manhattan were not the result of neglected equipment or lack of investment in maintenance," Con Ed's David DeSanti said to lawmakers.

In addition to service that failed this summer, lawmakers said Con Ed's ability to communicate with New Yorkers is inadequate.

"And they literally told us they don't have a particular policy on how they communicate to customers and consumers. That makes no sense," Public Advocate Jumaane Williams told PIX11 News.

The communication is under scrutiny because Con Ed cut power to several southeast Brooklyn neighborhoods during a July heatwave.

"They could have given us a little bit of notice," Edie Katsman said. "My mother is 75-years-old. Keeping her in my car overnight was not a pleasure."

"And when they saw a problem developing that was going to cascade and become a lot worse, they had to take action. And that's immediate action," he said.

As Con Ed seeks an 8.6% rate hike over three years, lawmakers said the utility needs better transparency on where the money goes.

"I don't feel like anything that's happened since the initial blackout in the middle of July has given much confidence to the public or to elected officials," Johnson said.