At least one person seriously injured in Bronx junkyard fire 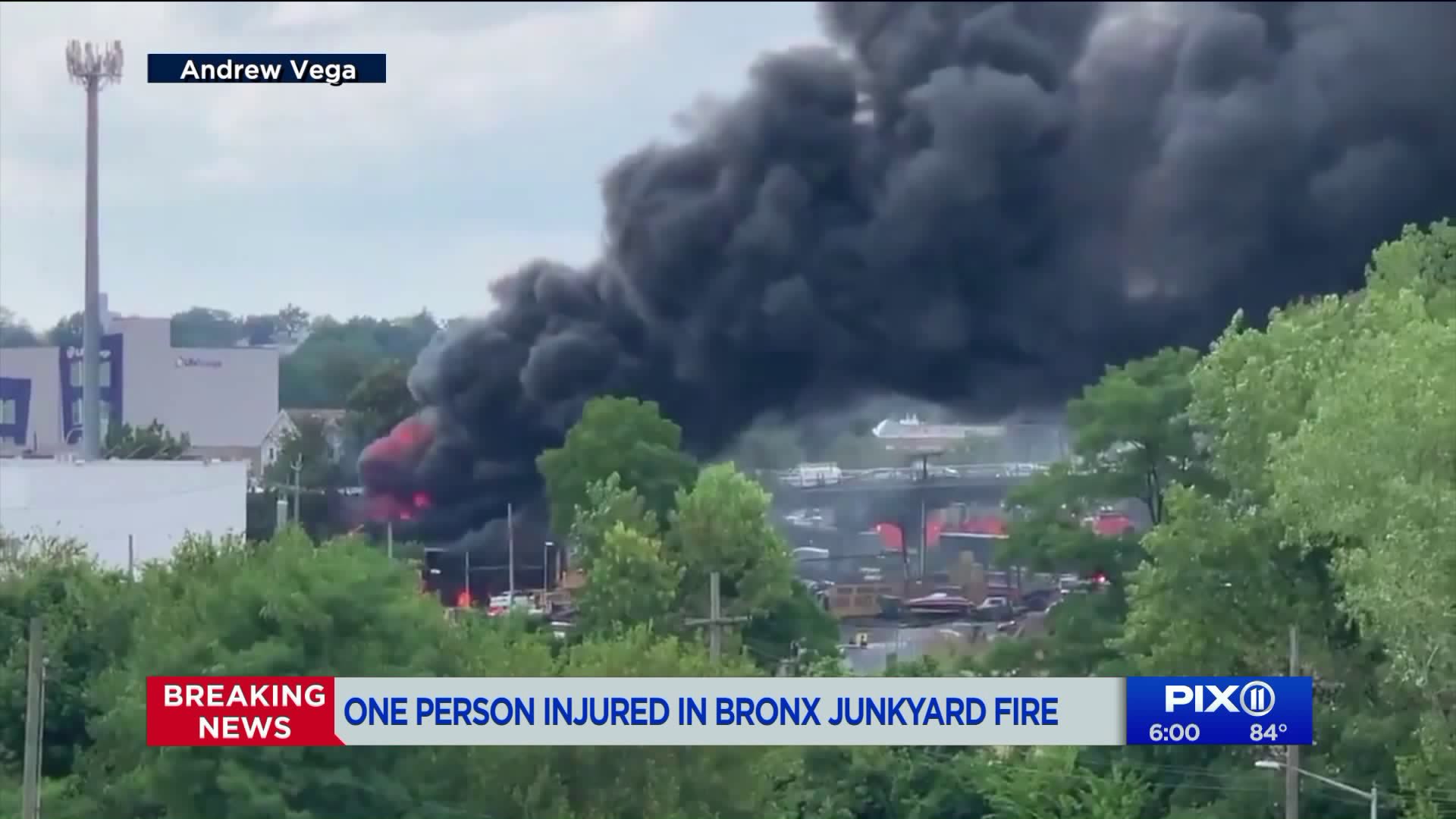 A junkyard caught fire Wednesday afternoon in the Eastchester section of the Bronx. 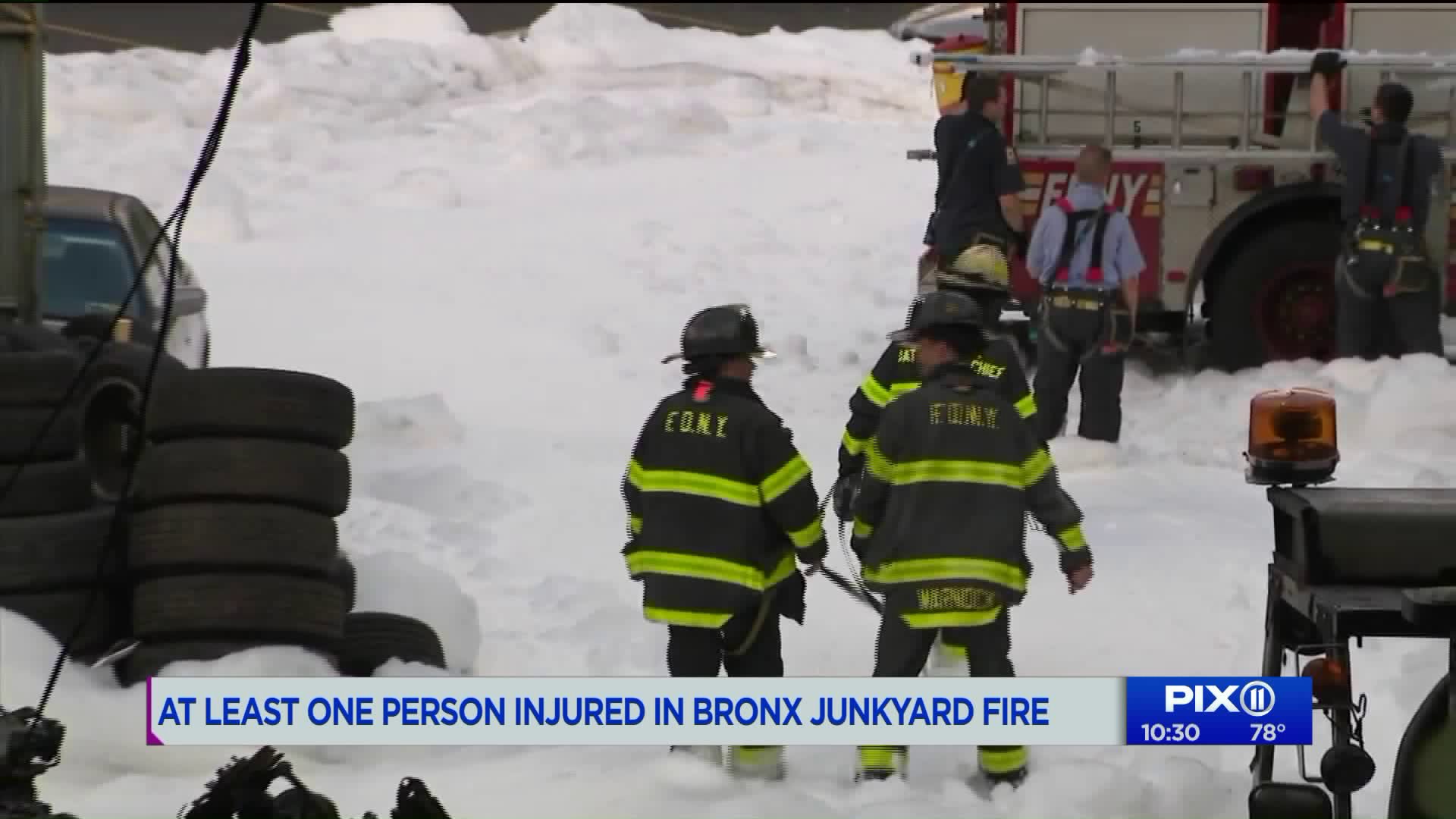 EASTCHESTER, the Bronx — A junkyard caught fire Wednesday afternoon in the Eastchester section of the Bronx.

Tires and junk cars were engulfed in flames. FDNY responded, as well as the department's hazmat unit — dealing with gasoline on the premises — and foam units to extinguish the fuel.

“Some employees were in the process of using torches. The exact cause of the ignition, and what has been described as an explosion at the scene, is still under investigation,” Boyle said.

The firefighters also used thousands of gallons of white spray foam to get things under control.

"It suppresses the vapors and separates the fuel from the air, thereby extinguishing the fire," he said.

One worker was taken to an area hospital with severe burns over more than 70 percent of his body.

"We’re bringing the grappler here because there was a pretty sizable collapse area over there. So we’re bring the grappler in to remove the corrugated steel and some of the debris pile so that we can get in deeper to complete the search,” Moore said.