Hurricane Dorian could cause weather problems for the area around NYC 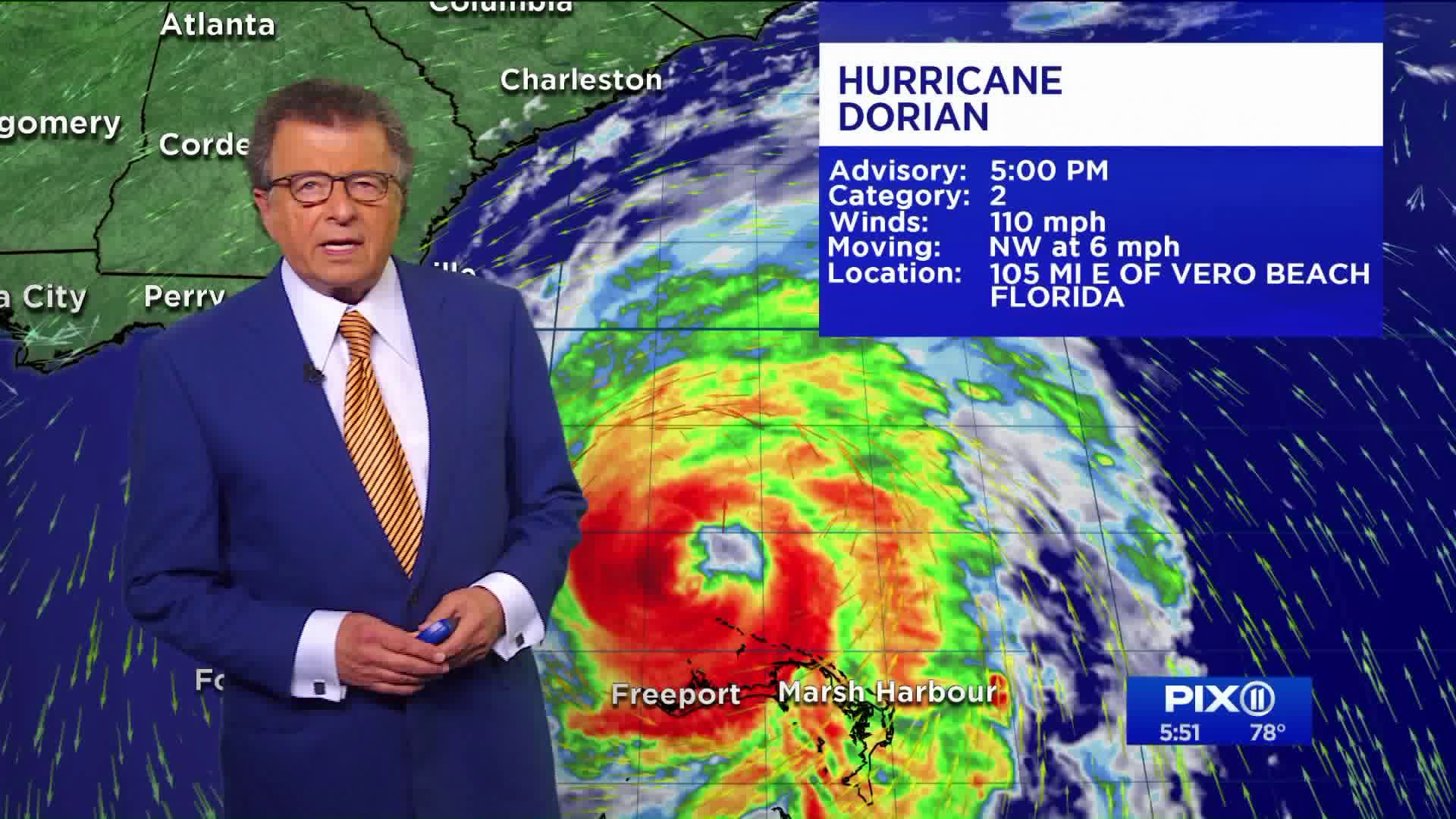 Hurricane Dorian pulled away from the northwestern Bahamas Tuesday evening and began to scrape Florida's east coast with its winds and rain.

The effects of the now Category 2 hurricane will began to be felt in the New York City area late Thursday night, forecasts show. People should just expect wind then.

Preliminarily speaking, the actual center of the storm will make its nearest pass well south and east of Montauk Point sometime on Friday. Expect winds to gust 25 to 40 mph at times during the day. The east end of Long Island could get gusts to 50 mph before it eases off on Saturday.

Some showers could move in on Friday from Dorian’s outermost rain bands. At times, it could be on the moderate to heavy side that could lead to localized flooding.

Along shore, risk of rip currents will not be the only issue. The ocean facing beaches will be battered with heavy surf, which will lead to some beach erosion especially from Friday into Saturday morning.

Dorian is likely to track well southeast of the local region, according to the National Weather Service.

The impact will not be as bad as it could have been because a cold front will push into the region on Wednesday and it will help drive Hurricane Dorian out to sea.

Here are key messages regarding Hurricane Dorian which is likely to track well southeast of the local region. Potential local impacts, mostly in Fri to early Sat Morning timeframe. One local impact with increased confidence is rough surf and dangerous rip currents Wed into Sat. pic.twitter.com/U29VhBLbNi

Keep in mind, this is all preliminary as Dorian is still some 72 hours from making its closet pass. The potential impacts are far from being set in stone.

Beyond Friday, conditions should begin to improve on Saturday. Any lingering clouds or showers from Dorian should diminish heading into the midday hours. Temperatures will be in the mid 70s.

Sunday will be gorgeous with high pressure across the region. It will be sunny with highs in the upper 70s.