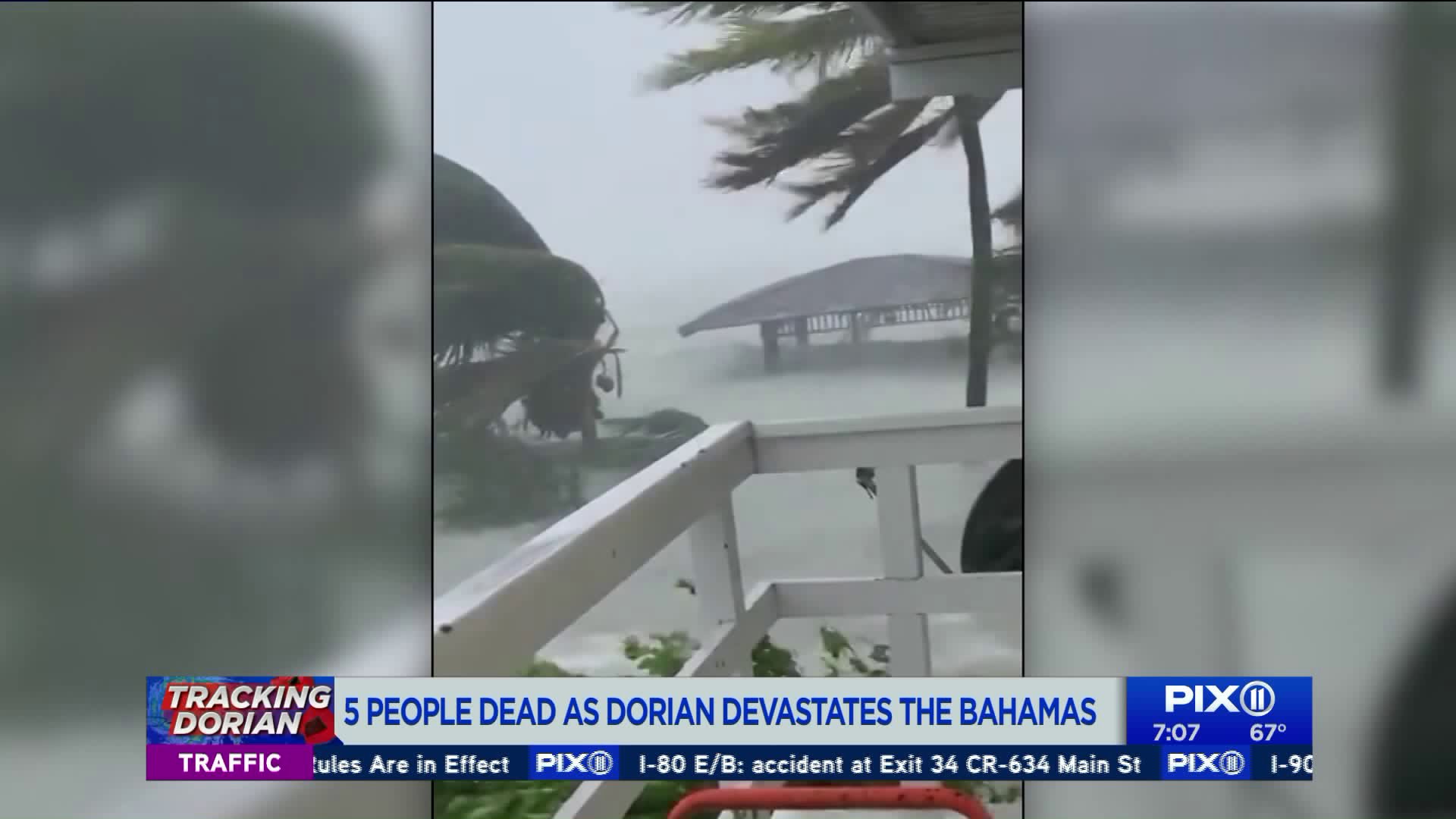 Despite being downgraded to a Category 3 storm, Hurricane Dorian is still lingering over the Bahamas and causing extensive damage, with thousands of homes destroyed and five confirmed deaths so far. As the storm`s outter bands start to hit Florida, airports and theme parks there are also closing in preparation.

ORLANDO, Fl. — Hurricane Dorian might have weakened to a Category 3 storm, but it's still dangerous as its outer bands start to hit Florida, causing Walt Disney World will close early Tuesday out of precaution, officials from the theme park said.

The Orlando vacation destination said its four theme parks will close by 3 p.m. on Tuesday, a rare occurrence for the company.

The theme park resort also plans to close its water park, miniature golf courses and its restaurants and shops at Disney Springs by 3 p.m. on Tuesday.

Its campground will close at 3 p.m. Tuesday and stay closed until the hurricane passes near the Florida coast. Guests at the campground will be relocated to other resorts at Disney World.

Meanwhile,  Florida's busiest airport, not far from Disney, is closing due to Dorian.

The airport said wind speeds at the airport could reach up to 45 mph (72.4 kph), preventing the safe operation of the airport's people mover system.

Uncertainty about the hurricane's path and the need to make storm preparations also contributed to the decision.

The airport had originally been set to close at 2 a.m. Monday, but airport officials rescinded that plan as the hurricane slowed down and its projected path shifted more north.

Some 47.7 million passengers traveled through the airport last year.