Dorian brings high winds, heavy rains as it menaces the Florida coast, but residents are grateful it wasn’t worse 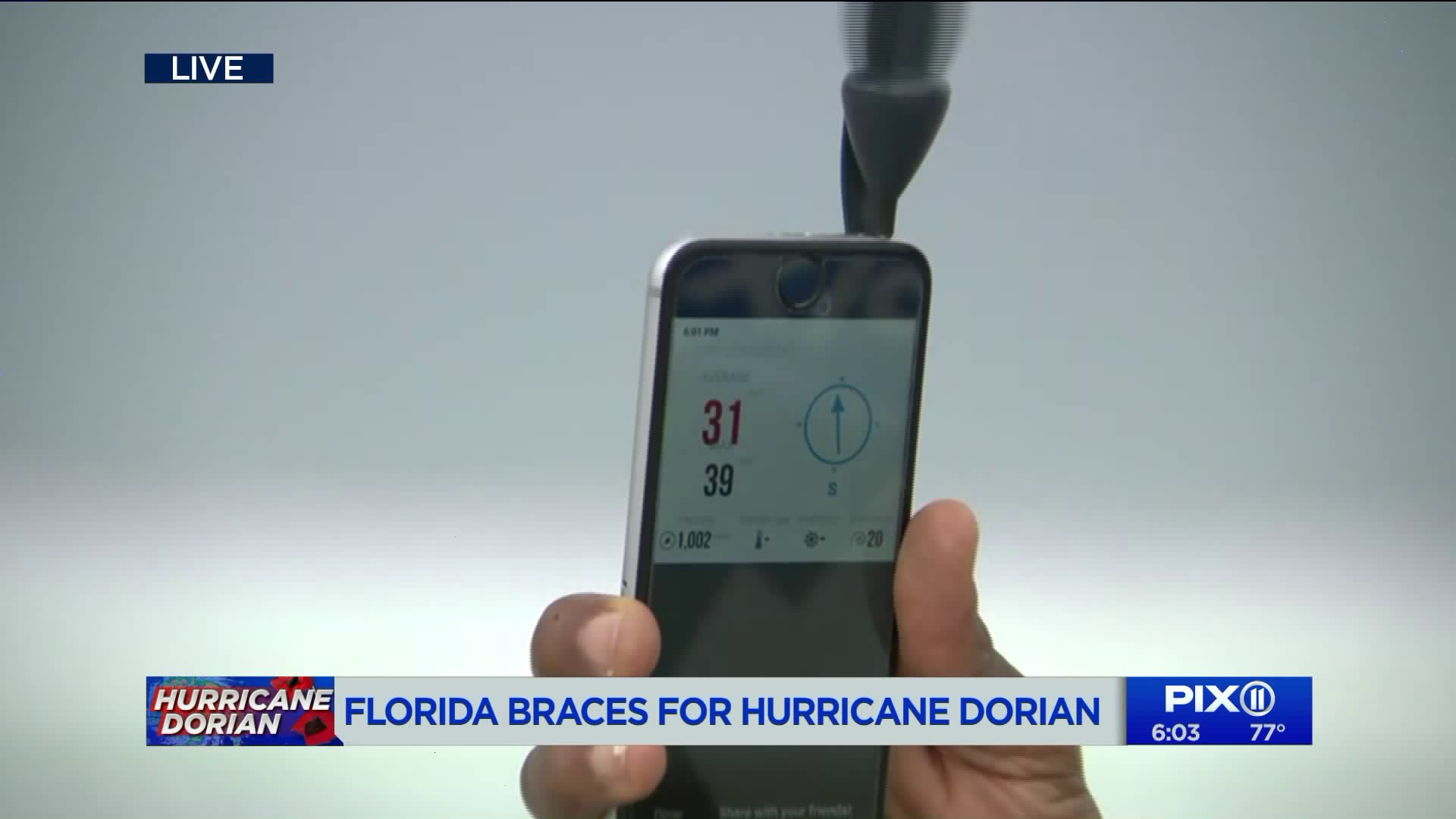 Hurricane Dorian made its way up the Florida coast all night long on Tuesday, and well into Wednesday morning, bringing high winds, pummeling rains, and high seas with it.

CAPE CANAVERAL — Hurricane Dorian made its way up the Florida coast all night long on Tuesday and well into Wednesday morning, bringing high winds, pummeling rains, and high seas with it.

It left some residents of the region nervous about the possible effects of the storm, but overall, people were grateful that the hurricane -- whose eye stayed out at sea -- did not carry out the damage that a direct hit might have caused.

The closest the storm came to Florida was in the town of Cape Canaveral, which is adjacent to the space center that bears its name. The eye of the storm was 79 miles east of the cape. However, because Dorian radiates some 200 miles from its center, the storm's effects were felt on the entire Floria coast, particularly the central coast.

The hurricane also affected many parts of the Central Florida mainland. Orlando International Airport, one of the world's busiest, was completely shut down all day, in anticipation of Dorian's winds and rains.

Not every passenger, however, had anticipated the shutdown.

"They didn't inform us about it," said Jimmy Dominguez, about his carrier, after he and his friend, Cynthia Regino, showed up at the departures curb in a taxi, expecting to catch a flight back home to Austin, Texas. "We're stuck here," Regino said, resigned to their fate. "We'll see what we can do."

One thing they were not able to do was go to most Orlando theme parks. Sea World was a ghost town, shut down for the day. The same was the case at Universal Studios' Volcano Bay water park.

Also on Tuesday, local electrical crews were out in force, joined by some out-of-town crews, including trucks from PSEG and ConEd in the New York and New Jersey region. Preliminary outage readings show blackouts spread sporadically through the coastal area, but the full extent of Dorian's damage on the electrical grid won't be known until the storm blows through on Wednesday and Thursday.

Some lifelong coastal residents said they're preparing for the worst, including a storm surge that could send the ocean over the coastal dunes and into their neighborhoods.

"It's happened in the past," said Steve Snooks, "and I was actually here digging up sand for a couple days. So I wouldn't put it past improbable."