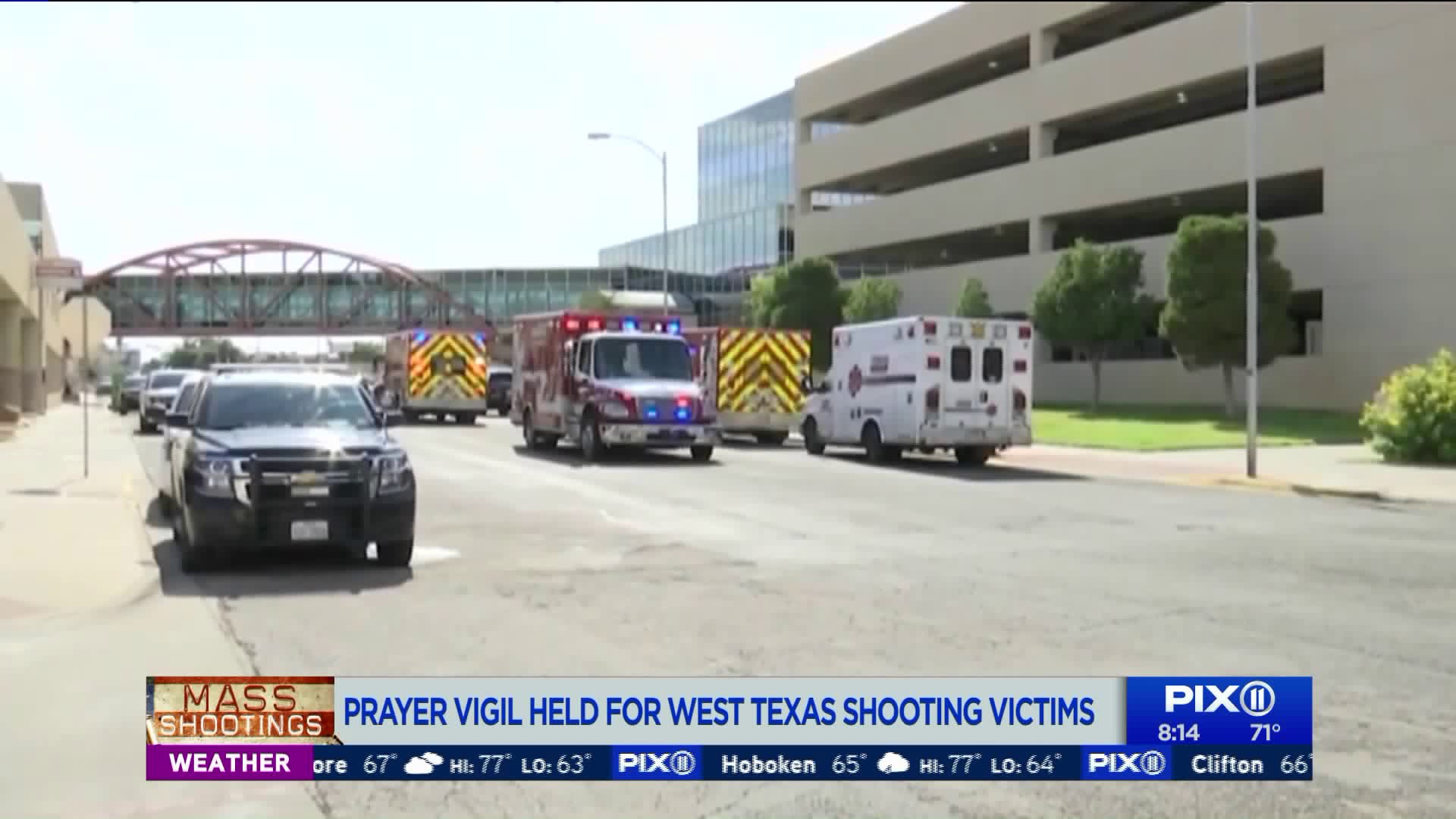 At a Sunday night vigil honoring the victims of the West Texas mass shooting, Odessa Mayor David Turner praised authorities for ramming into the hijacked mail truck the shooter was driving and putting an end to his killing spree.

ODESSA, Texas — At a Sunday night vigil honoring the victims of the West Texas mass shooting, Odessa Mayor David Turner praised authorities for ramming into the hijacked mail truck the shooter was driving and putting an end to his killing spree.

Seven people were killed and 22 others were wounded when 36-year-old Seth Ator began randomly spraying the roads with bullets after getting pulled over for failing to use his signal, police said.

"The reason that person was stopped was because of a Midland police officer and an Odessa police officer. They rammed his car, stopped him and when he got out, they shot him," he said.

Moving forward will be difficult, Turner said "but with strength and a 'whatever-it-takes' spirit we will show this community, our state and our nation, what it means to be West Texans."

The shooter had been fired from his trucking job hours before he began his killing rampage, the New York Times reported, citing interviews with officials. Authorities say they believe he acted alone but have not yet determined a motive.

His victims ranged from 15 to 57 years old, Odessa Police Chief Michael Gerke said, and included Mary Granados, a 29-year-old mail carrier who was on the phone with her twin sister as she neared the end of her shift.

A 17-month-old girl and three law enforcement officers were among the injured.

He was pulled over for not using his signal

The shooter was pulled over by Texas troopers in Midland Saturday afternoon for failing to use his signal, police said. He began shooting at them with what police described as an AR-type weapon and sped away. He continued firing randomly at residents and motorists, police said.

He then hijacked a postal truck and made his way into Odessa, about 20 miles away. That's where police confronted him in a parking lot and killed him.

The gunman was slammed by a police vehicle and set spinning into a group of cars, where he was soon encircled by authorities, according to bystander video and Midland County District Attorney Laura Nodolf.

Combs said his agency responds to Texas frequently, adding the FBI is "here now almost every other week supporting our local and state partners on active shooters."

Combs said at this point the agency does not believe there's "any connection to any domestic or international terrorism."

Granados' sister, Rosie, said she heard her sister's scream while they were on the phone together.

"It was very painful," she said. "I just wanted to help her and I couldn't. I thought she had gotten bit by a dog or something. I tried calling her name and she wouldn't answer."

The Ector County school district in Odessa said one of its students was among those killed.

The 17-month-old who was injured was airlifted to University medical Center in Lubbock, where she remained in satisfactory condition, hospital officials said.

The girl's family said Sunday she is expected to make a full recovery.

"We hurt so badly for the families whose loved ones didn't survive this tragedy," her parents, Kelby and Garret Davis, said in a joint statement.

One wounded law enforcement officer is a trooper from the Department of Public Safety and the other two are from the Midland and Odessa police departments. The trooper is in serious condition and the officers are in stable condition.

More than 40 people have died in the four shootings across Texas, Ohio and California since July. It's part of a trend the FBI says is getting worse each year.

"If you look at the numbers, we're looking at an active shooter every other week in this country," Combs said.

The agency has conducted a study on all active shooters -- who they define as "an individual actively engaged in killing or attempting to kill people in a populated area" -- between 2000 and 2018 and found the numbers keep increasing.

"I think it is frustrating for all of us in law enforcement that we keep having to do this," he said, referring to ongoing investigations. "For the FBI in particular, we do them across the country as a service to our state and local partners. It's just getting worse."

This latest shooting took place hours after a series of firearms laws that loosen gun restrictions went into effect in Texas. Included in that list are laws which will allow weapons on school grounds, apartments and places of worship.

Sunday afternoon, Gov. Greg Abbott commented on the frequency of high-profile shootings in his state since he took office.

"I have been to too many of these events," Abbott said.