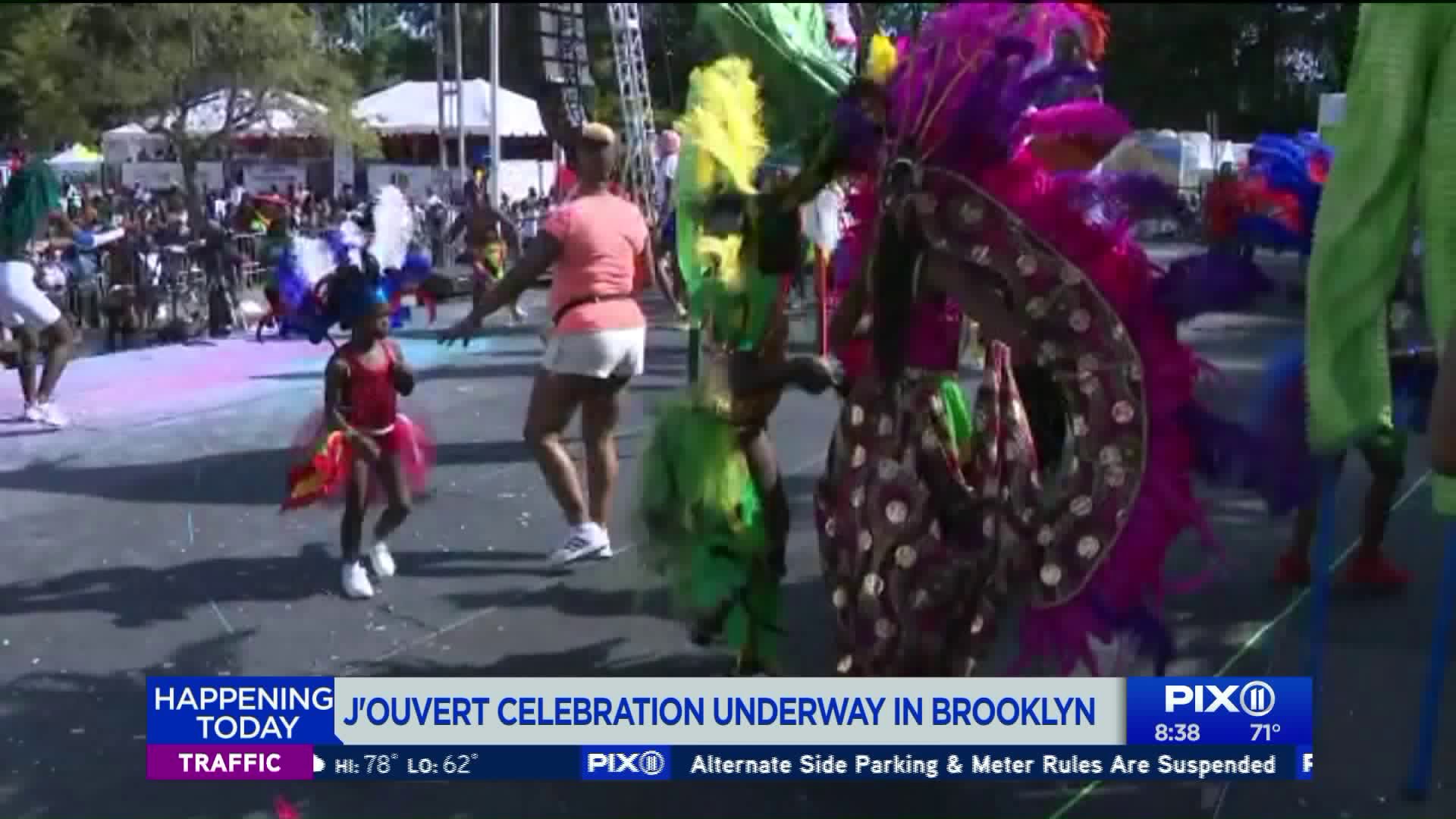 Ahead of the annual West Indian Day Parade, the J'ouvert celebration of Caribbean culture has been underway in Brooklyn since 6 a.m. Labor Day.

BROOKLYN — Ahead of the annual West Indian Day Parade, the J`ouvert celebration of Caribbean culture has been taking on the streets of Brooklyn since 6 a.m. Monday.

J’Ouvert originates from the French “jour ouvert,” which means “daybreak” and signals the start of Carnival.

The West Indian Day Parade officially kicks off at noon and will proceed west along Eastern Parkway from Ralph Avenue to Grand Army Plaza.

The NYPD remains on high alert as the festival takes place. One woman visiting from Trinidad and Tobago came to visit, saying everything seems to be calmer this year.

"I feel very safe, and I usually don't travel through New York City," Wendy McCullough said. She said that she is glad to know there's an officer in every direction she looks.

Along the route, cement barriers, sanitation trucks filled with sand and 13 secure entry points will be stationed.

Weapons and alcohol will not be permitted at the parade. Large bags and backpacks will also not be allowed. Despite being decriminalized, police say pot is still illegal, so smoking in public is not suggested.