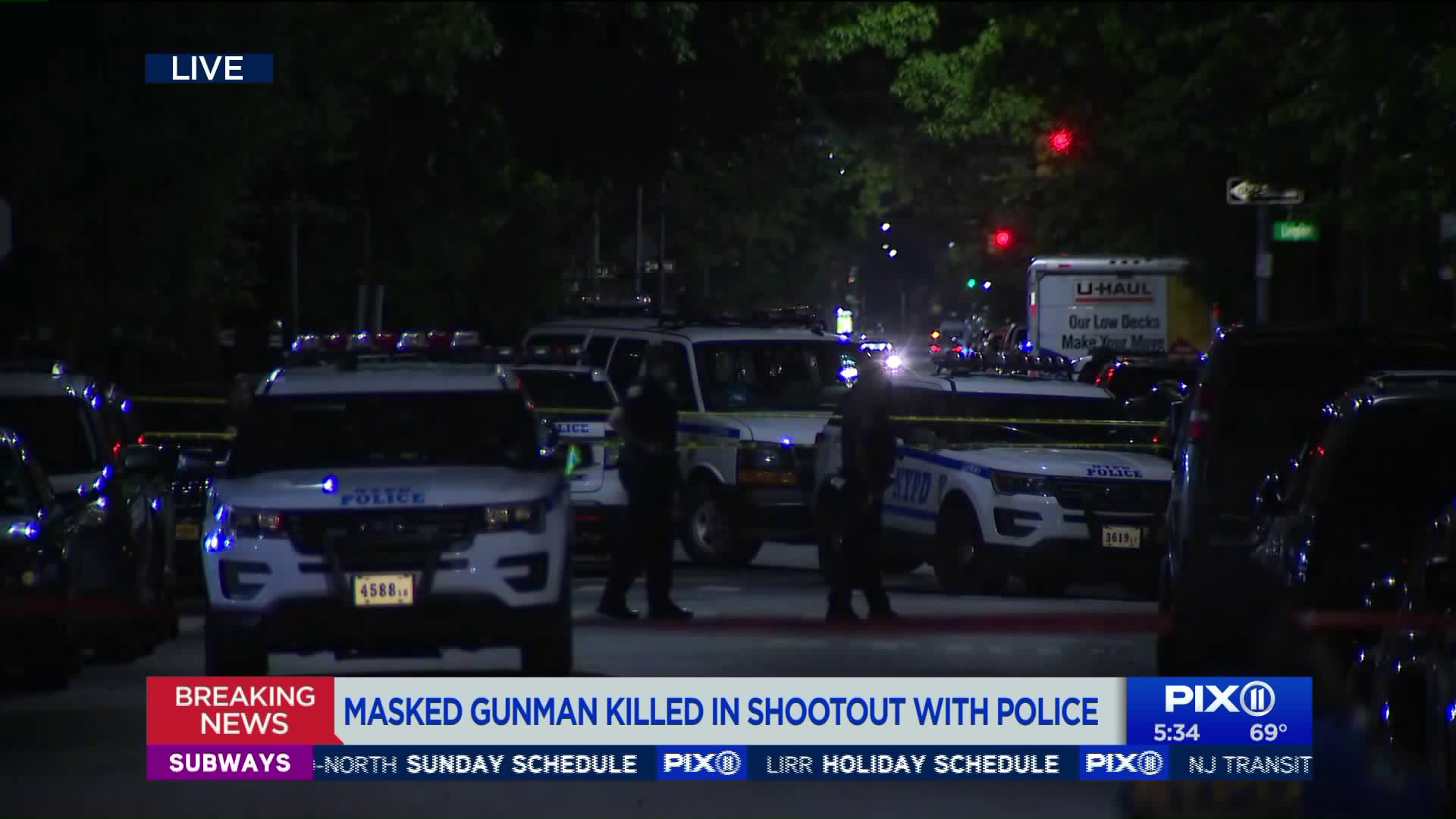 A man who opened fire on police early Monday, is dead after a gun battle with dozens of officers in the streets of Brownsville, Brooklyn, the NYPD says. The masked gunman opened fire on officers in a police car around 2:45 a.m. Monday, which resulted in shots ringing out in the area before the suspected shooter was hit and taken into custody around 4 a.m., police say. The shooter was taken to a nearby hospital where he was pronounced dead, the NYPD says. 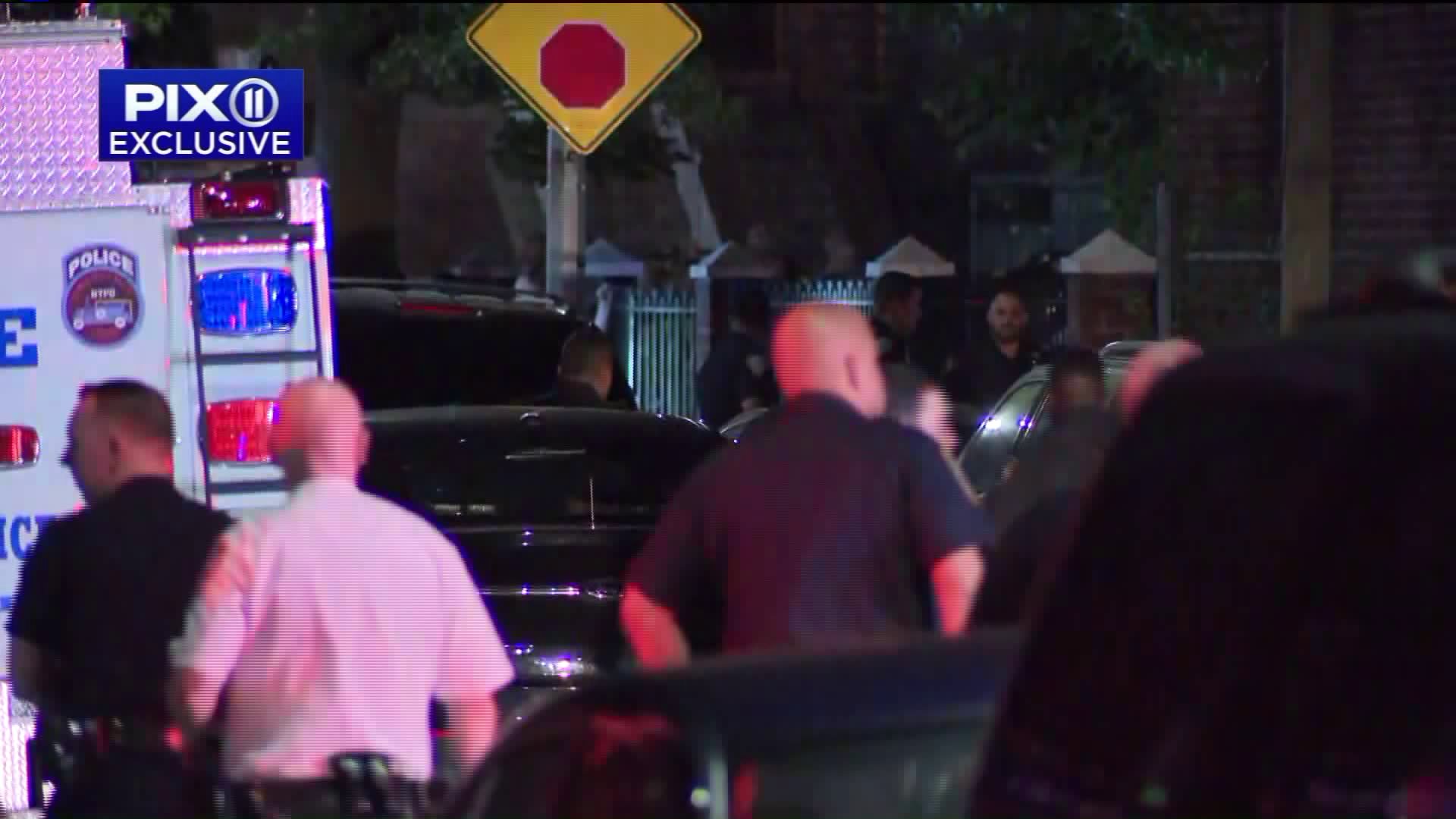 BROWNSVILLE, Brooklyn — As gunfire was exchanged by a masked man and police in the streets of Brooklyn early Monday, a PIX11 photographer captured the moment shots were fired.

Vincent Shields was at the scene when authorities responded to reports of a masked man firing shots at two officers in a police cruiser near Howard and Livonia avenues in Brownsville.

“When I arrived, detectives were looking at shell casings,” Shields said. It looked like a typical crime scene, according to Shields.

As he recorded footage from the scene, rapid sounds of gunfire erupted. Video shows officers ducking for cover as the sounds of gunshots echoed the Brownsville street.

"I saw them going toward a fence to check the backyard. I watched them climb the fence and then heard gunshots," Shields said. "They broke the fence and jumped over. Cops behind me were yelling. It was really chaotic."

As cops hid behind vehicles on the streets, Shields hid behind a vehicle before a police officer told him to move further from the scene for his safety.

In his 24 years as a photographer, Shields said this was the second shooting he captured on camera.

“Time-wise, it felt like an eternity. I saw more and more cops running down the street,” he said.

The gunman was hit during the shootout and taken into custody from a backyard before succumbing to his injuries soon after, police said.

No officers were injured in the incident and the shooter's gun was recovered, according to authorities.

Police said seven officers fired a total of 64 rounds. Authorities are still counting the number of bullets fired by the gunman.

The NYPD said they are not seeking any additional suspects at this time.