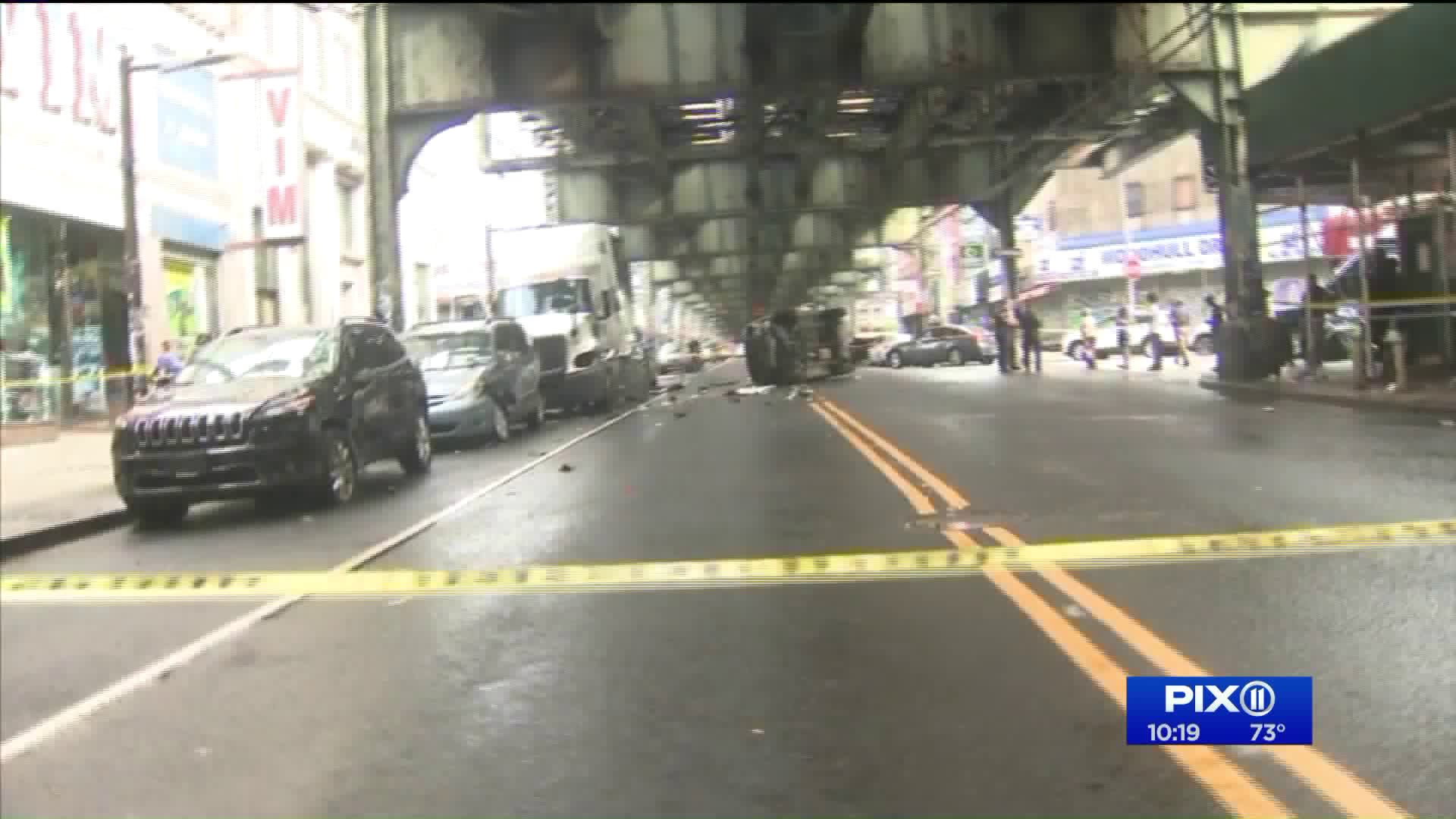 Dramatic surveillance video shows an SUV fatally plowing down a cyclist in Brooklyn on Monday. 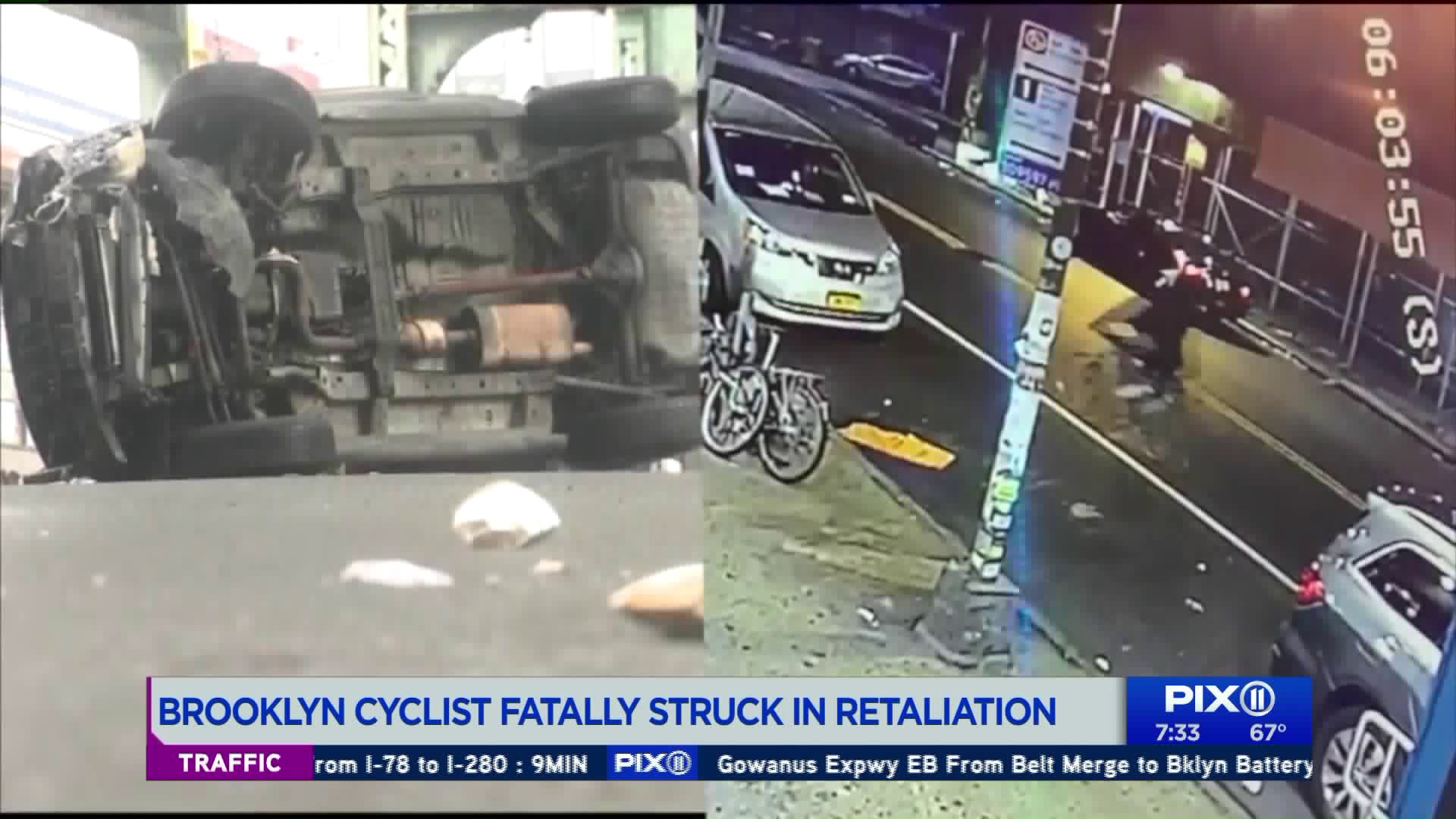 BUSHWICK, Brooklyn — A man is facing murder charges after fatally plowing down a cyclist he says was trying to break into his SUV in Brooklyn on Monday, according to police.

The cyclist allegedly tried to break into several vehicles before the fatal collision near Broadway and Flushing Avenue.

The driver of the SUV, 41-year-old Korey Johnson of Brooklyn, owned one of the cars allegedly being broken into. Johnson told police he confronted the cyclist in person.

Police said the cyclist apparently was trying to use a screwdriver to break into his SUV.

During the confrontation, the cyclist tried to stab Johnson but missed and instead stabbed a woman who was with Johnson.

The cyclist fled the scene but then Johnson's SUV rammed into him a few blocks later, killing the cyclist and damaging three other parked vehicles.

Johnson remained on the scene after his vehicle flipped, authorities said.

He is being held at the local precinct and is facing murder and manslaughter charges, police said.